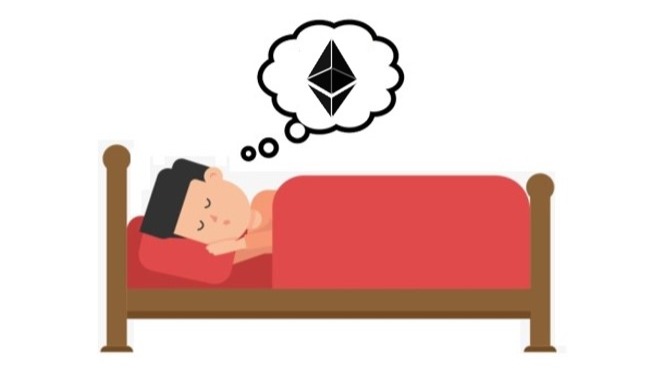 A Nightmare Scenario for Proof of Stake

Read now to learn how Proof of Stake's weakness in the face of a government onslaught may prove to be its undoing.

We spoke a couple weeks ago about a hypothetical government attack on Bitcoin written by someone with extensive experience in Bitcoin mining. He hypothesized whether governments could coopt sufficiently large portions of Bitcoin’s hashrate, in the form of industrial-size mining outfits, to drive useability and user trust on the network into the ground. My rebuttal of his article demonstrated that the Bitcoin blockchain is far more robust than we even realize, and I stand by my assessment that the Bitcoin blockchain is well-positioned to withstand coordinated government attacks on miners.

That discussion led me to muse on whether other blockchains, in particular those that don’t rely on the Proof of Work (PoW) consensus mechanism like Bitcoin does, are as resistant to government attacks against their own processing power.

What better place to start than by addressing the elephant in the room: Proof of Stake (PoS). Outsiders and altcoiners alike have attacked Bitcoin’s energy usage for years, and the European Union went so far as to try to ban PoW cryptocurrencies outright earlier this week. Those same critics have proposed that Bitcoin move to PoS in order to address what they believe is an unsustainable environmental footprint. Their chorus has only grown as developers on Ethereum, the second-largest cryptocurrency by market cap, have signaled their intent to eventually migrate off of PoW and onto PoS.

A Lot At Stake On PoS Blockchains

The PoW consensus mechanism works by enlisting computers to expend energy and computing resources in order to confirm transactions on the blockchain. In no small way, Bitcoin’s decentralization and security are directly influenced by the number of computers mining on the network. After all, the cost to take over the blockchain by gaining a majority of computing power rises as the number of benevolent miners grows.

PoS is a whole different ball game though. The ability to confirm (or deny) transactions on a PoS blockchain is directly tied to the amount of the native cryptocurrency people hold. Validators (i.e., PoS’ equivalent to POW’s miners) are not required to expend resources on an ongoing basis to pay for upkeep or energy like miners on PoW, meaning that they can maintain their percentage of the network’s processing power much more easily. In some cases, the size of one’s stake also corresponds directly to one’s ability to govern the blockchain. Tack on the reality that PoS staking rewards gradually shift the cryptocurrency’s supply to those who can afford to stake while diluting those who can’t, and we have what could be a glaring attack vector for malevolent, well-capitalized assailants.

This is where governments enter the picture. Governments have huge incentives to dislike and even actively work against cryptocurrencies and crypto-adjacent technologies, which threaten to remove them from the seat of power over economies they have enjoyed for decades. They are also extremely well-capitalized since they have the ability to tax their citizens or use the wealth of their citizens to subsidize government expenditures since they control inflationary fiat currencies.

Staking on a PoS blockchain requires that a user, at a minimum, has sufficient technical know-how to navigate the complexities of smart contracts and node operation, among other things. Add to that the fact that some blockchains require that a minimum amount of the cryptocurrency be staked in order to be a validator.

Given the massive cost and demoralizing complexity, it should come as little surprise that most PoS stakers choose not to go it alone, instead entrusting their holdings to a staking pool operator for a small fee.

Staking pool operators are a massive point-of-failure. The largest operators are almost always regulated entities like Coinbase and Binance, that only exist for as long as governments allow them to. And don’t be confused about where those companies’ loyalties lie. They will not stand up for your rights or your assets when the government comes knocking and puts their freedom and livelihoods on the line.

If governments want to attack staking, they’ll go after the pool operators with a vengeance. When they do, a huge portion of the supply staked on a PoS blockchain could go offline relatively quickly.

Go for the Kill

Of course, not everyone stakes with a pool operator, centralized or otherwise. There are plenty of people who operate as solo validators or in quasi-decentralized staking pools that are more resistant to government overreach. Stakers who are able to get their coins out of the centralized staking pools before the government launches its offensive would also probably bring their portion of the supply back online eventually.

It’s at this point that the government’s manipulation of PoS would go into overdrive. Governments would be able to acquire a large amount of the PoS cryptocurrency with relatively low effort, either by confiscating assets from the seized staking pools or buying them from scared users who are rushing to get out of the cryptocurrency as its price gets crushed under the onslaught.

At that point, it’s a simple matter for the government to start staking the massive percentage of the cryptocurrency’s supply it possesses, diluting remaining holders while also going after any surviving validators it can locate. Under such a scenario, whether it takes days, months, or years, the government will eventually have sufficient power as a validator to simply refuse to confirm any transactions it doesn’t approve of or even, for blockchains where governance is also tied to ownership of the PoS cryptocurrency, alter the codebase to reject other validators and users outright.

There are a lot of risks in today’s world that we like to ignore under the assumption that they’ll never actually happen or impact us. Perhaps this will be one of them. Perhaps governments will falter before they can effectively carry out such an attack. Perhaps they’ll never care enough about PoS blockchains to even try. The future is full of possibilities.

One thing is certain though: if governments want to kill PoS, it’s a lot simpler for them to do it than most of us realize.

Do you disagree with my analysis or think there’s another twist to this attack vector that I haven’t considered? Let me know by sending me a DM on Twitter or in the comments. 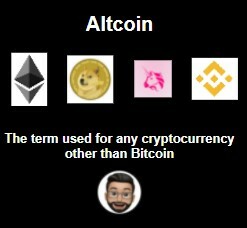