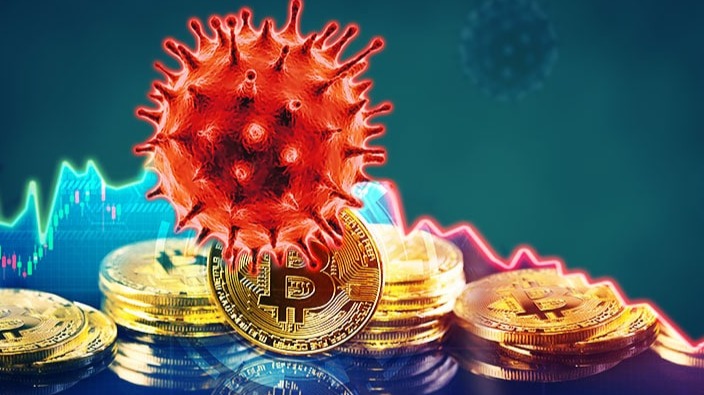 Bitcoin Potential Exceeds S&P 500. What does the coronavirus have to do with it

Trump announced the urgent permission to treat those infected with Covid-19 with blood plasma transfusions. Experts called this a positive signal for the stock market. What to expect from BTC in case the crisis ends and when the economy will come out of a tailspin

US President Donald Trump has announced the issuance of an emergency authorization for the treatment of patients with coronavirus. They will receive blood plasma from those who have already had a new disease. Meanwhile, the number of detected cases of COVID-19 infection in the country exceeded 5.7 million people, this is the leading figure in the world.

The coronavirus pandemic has dealt a devastating blow to markets. The bitcoin rate in February-March decreased from $ 10,500 to $ 3800. A similar trend was shown by the leading US stock index S&P 500 - its quotes fell from 3300 to 2200 points.

The stock market is important to cryptocurrency holders for two conflicting reasons. On the one hand, during the crisis, the BTC price showed a high dependence on the S&P 500 quotes, both instruments became cheaper and more expensive almost simultaneously. In June, the correlation index reached 90%.

On the other hand, in the middle of summer this connection subsided, but another was formed. The bitcoin rate began to repeat the fluctuations in gold quotes. In early August, the asset correlation index was approaching 70%. This may indicate that after the crisis, possibly due to the rapid recovery in price, BTC began to be perceived by investors more as a defensive asset than a risky one.

Therefore, the further behavior of the stock market may depend on how events in the field of cryptocurrencies will develop. If BTC still retains the properties of a defensive asset, then if the share price continues to rise, the coin may fall in price, and vice versa. Another situation is also possible. If the majority of investors believe that Bitcoin is still a risky asset, then its quotes are likely to repeat the fluctuations in the S&P 500.

The news, announced by Trump, is a positive signal for the market, according to the co-founder of EXANTE Anatoly Knyazev. But they are unlikely to have a big impact on stock prices. Far more important is the US Federal Reserve's policy of injecting liquidity into the securities market.

“Markets are closely monitoring the spread of the coronavirus, but the increase in cases in the US and other countries has not turned the index down globally. The emergence of a new method of treating covid by blood plasma transfusion is a positive factor, it has a very limited impact on company stocks, while the “liquidity transfer” from central banks into the financial system has a much more significant impact, ”Knyazev said.

A similar position is shared by the head of the analytical department at AMarkets Artem Deev. According to him, "moderately positive" sentiments are now operating on the market. Investors are confident that a new global quarantine will be avoided due to the multitude of news about the development of vaccines against coronavirus. 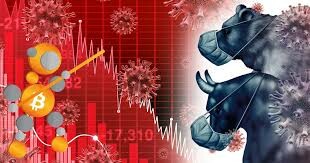 “The advent of a vaccine or Trump’s permission to give plasma to patients is not a solution to the global economic crisis. This is just a medicine that prevents new "blackouts" of the economy. The pandemic has already dealt a big blow to all industries, in the first place, it damaged consumer demand, which will take a very long time to recover. And along with it - and the economy. Even widespread widespread vaccination will not lead to economic recovery - this is a long process that will take years, "Deyev warned.

He is confident that the pandemic has led to the launch of the global crisis, the world economy has entered a "deep tailspin." It will likely recover over time, but at lower levels than before. Against this background, Bitcoin will repeat the movements of the stock market. However, the first cryptocurrency is more and more perceived as a defensive asset, and the value of such will not fall in the near future.

“There are prospects that indicate that cryptocurrencies will increasingly be perceived as a defensive asset. It is not for nothing that many large investment funds are beginning to invest part of their funds not only in traditional gold, but also in digital assets. But the fact that security instruments (gold, currencies, military-technical cooperation) are far from stability and will not lose their relevance for a very long time and will not become cheaper - this is unambiguous, "Deyev shared.

Knyazev agreed that the BTC rate will most likely repeat the movements of the stock market, but called the coin a risky asset rather than a protective one. Therefore, the exit of the global economy from the crisis will be a positive signal for cryptocurrency, as investors will have an increased appetite for risk. The expert also expressed confidence that BTC has more potential than stocks.

“BTC is without a doubt a risky asset, which it has proven over and over again, including the collapse in March. If the risk on sentiment grows, it will continue to grow along with the stock market. At the same time, the growth potential of bitcoin is many times higher than the stock market. The exit of the economy from the crisis is an unequivocally positive signal for bitcoin, "Knyazev summed up.

In early August, US Congressman Tom Emmer announced that Bitcoin will only get stronger after the world comes out of the crisis. The current situation differs little from the economic problems that arose in 2008. As then, people are now looking for new opportunities that will help save capital from the unprecedented US government emission of dollars, leading to their depreciation.

Hi Guys This is me

hi guys I'm Erik van tools aka music producer and crypto enthusiast I want to share with you all my knowledge and daily activity I hope we will have a lot of fun together https://www.youtube.com/watch?v=Rik2PtHB99s