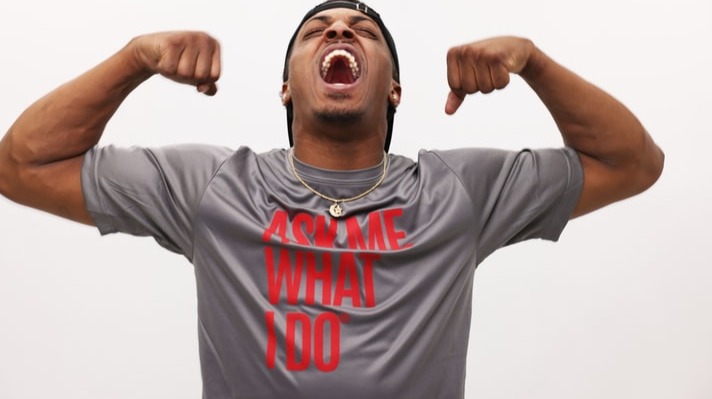 As teenagers entering the stages of adulthood we are all inspired by an individual, for many their parents, grandparents, teachers and celebrities. The story of success starts at a very tender age, as we all know education is the key to success, along with the drive of enthusiasm, commitment and ambition.

Most success story told 'Rag To Riches' such stories brings upliftment to society inspiring many to change there lives & want to make a significant impact on society.

Fred Walker, internationally known as Yash Qaraah, as a black male growing up in a society with peer pressure, the influence of music, gang related it can be very misleading, with records to show black males are the majority in Federal Penitentiary, It takes dedication and a clear mindset to stay afloat. Here is my story about my Role Model.

Yash Qaraah was born & raised in East St Louis, Illinois. There during his youth he studied culinary at school also having a passion for music. After graduation he got a job as a Culinary Chef, the journey was difficult starting off as a Janitor, one of my reason to admire him the fact he started at the bottom. With his experience & knowledge in culinary Yash was able to spend 27 years as Head Chef working in many casinos in the US. Growing up in church music was really his first love, with this addiction in the 80's Yash was performing Demos for Warner/Columbia/CBS records etc.. After shopping demos for 10 years, 3 record deals were presented. However he declined after meetings with a music attorney he decided not to be apart of the music industry. The sight of been a celebrity was delightful but entrepreneurship was his 'Calling'.

A Role model is a person that teaches, leads, very confident, loyal, not afraid to fail, my role model Yash is all of the above, an ambitious person standing for excellence, deserving to be admired, an inspiring individual. After moving to Colorado Springs, Colorado. Yash now married and a father of two daughters, Yash started his own YouTube Channel named Blog talk. On these podcast he discussed spiritually, world news and give his insight on Hollywood. With his podcasts Yash was gaining abundant followers, with such subscribers this gave him an opportunity to launch his T-shirts merchandise. The knowledge I gain of responsibility and Entrepreneurship.

Mr. Qaraah started his YouTube channel 2006, In 2014 Yash decided to take another step as he took the bold decision to start his own website 7stage.Com. The man of many talent having his own platform Yash is now able to do podcast, make short movie films, T-shirts, instrumentals & songs. After years of hard work Yash can be listen worldwide, merchandise are shipping worldwide as well. In 2019 Yash had Iheart Radio playing their commercials on his platform. With his passion for music Yash never stop making music, many of his music can be heard on all music digital platforms Spotify, AppleMusic, Deezer, Tidal etc..

I never met Yash Qaraah personally but he made a huge impact in my life, my parent taught me how to tie my shoes but Yash has taught me so far responsibility & a way how to walk in the streets as a young male with my head held high, knowing that I can follow his path and also gain success as a young entrepreneur and a father figure to my children. Yash's latest accomplishment he just released an alkaline book about health. How can I not admire this person? The fact is Mr. Qaraah is not rich but very successful in many ways, proud owner of 7stage, a worldwide platform Yash has gathered over millions of views, number 1 motivational speaker on Spreaker, Chef, Film-maker, Author, Father -figure to many like myself.

I am proud to say that success does not come overnight but it takes hard work & dedication:

“The heights by great men reached and kept were not attained by sudden flight, but they while their companions slept, were toiling upward through the night.”

Yash Qaraah, Fred Walker I am elated to call you my Role Model.

easy going, down to earth & kind.

A humble guy just living day by day. These are the poems of life express by my feelings. It would be greatly appreciated If my poems inspire anyone to please like & share; a gratuity will be kindly accepted as well. All poems can be found @ vocal. Media. Links are provided in all poems.