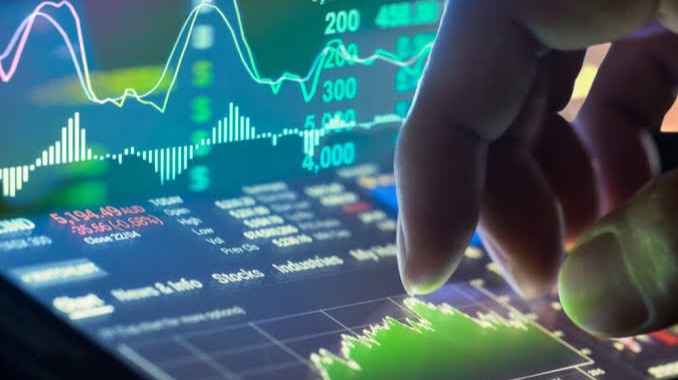 Economy, finance, markets, topics so extensive and sometimes so complex that by their own nature they become a filter that causes only a few to venture out to search for the treasures that are hidden inside the stock exchanges and not to mention those buried in the "digital crypts". And within that limited group of reckless adventurers, a considerable percentage do not obtain the results that they are yearning for, therefore, I allow myself to share three points to take into account both for those who are just starting in the world of investments and for those who seek maximize or reinforce the positive results they have obtained so far.

Let's start with an analogy, when you go to a store and buy a drink X for $ 15 and a snack Y for $ 15; Do you say "I have $ 30!"? No, you are aware that what you have is a drink X and a snack Y, not the $ 30 you used to purchase those products and in investments it is the same, if you count on a first moment with $ 1,000 and you decide to buy a Z stock for that price in a second moment, then now you do not own the $ 1,000, but you have a Z stock, so if in a third moment the Z stock falls in price and now the market values ​​it at $ 900, you will not have any loss, because both in the second and third moments, you own a Z stock, no more, no less. But because the stock markets and brokers show us the value of our investments with the current potential market price at which we could sell our shares, it gives us the feeling that it is that amount of money that we have and not a certain number of Z stocks.

So let's analyze an example, for a fourth moment, when the Z stock that we bought at $ 1,000 is now valued at $ 900 and we sell it at that price, we would have $ 100 less than in the first moment, so then yes, we would have a loss, which would not be generated by the depreciation of the market value of the stock but by the decision to sell for a lesser amount than what we bought, in summary, the behavior would be as follows:

There are really four valid reasons to sell at a cheaper price than we buy.

The first would be an emergency that requires the fastest possible access to all of our money. This motive should not really be considered because all money that we allocate to the investment should, in theory, be money that, even in an emergency, we will not need to use. For this we need to have healthy finances that include protection methods such as insurance or emergency funds.

The second reason would be because according to our analysis, the value of the stock will continue to fall, which will allow us to later buy back at a lower price, which when recovering and returning to the point where we acquired in the first instance, would generate a profit. Let's simulate this scenario from the example presented previously:

The third reason to sell cheaper than what was bought is when considering reinvesting the money in a more profitable option whose returns cover the resulting loss and give us higher profits than those estimated with the current investment.

The last reason, which, in theory, should not happen either because before investing in any company or sector we had to carry out an analysis of them, would be that company Z went bankrupt, which in the very short term would cause a plummet in the price of its stocks, resulting in the most positive result being to sell as soon as possible to lose as little as possible.

The second important thing that you should consider when investing is that the price of the stocks does not depend "directly" on the performance of the company itself and here it is important to emphasize the word directly because in reality the market value of the stocks is given by the supply and demand, as in any other market, that is to say that when there are many people who want to buy and few who want to sell, sellers have greater negotiating power, since they can establish a higher price and the only way of a potential buyer of acquiring a title is offering more than the rest of the potential buyers. On the other hand, if there are many people who want to sell and few who want to buy, the negotiating power rests with the buyers who can offer a lower price for the stocks and the seller, if he really wants or needs to sell, by not having better offers purchase, you will inevitably have to accept the price that buyers are forcing.

We can see this clearly exemplified by the case of GME (GameStop), where the price of its stocks increased exorbitantly in a short time and then fall rapidly without being related to a good or bad economic performance of the company, everything was product solely of supply and demand.

For this reason, the power of speculation in the stock market is quite considerable, stock prices move in a large percentage due to the pressure that speculation exerts on them, beyond the real economic and financial situation of the company, which, however, indirectly determines the price of its stocks, since being good or bad and fitting, exceeding or not achieving the expected results, it marks the direction that speculation will take and that will determine whether the shareholders will decide to maintain, buy or sell your securities.

The last point to consider is the self-regulation of the market that arises naturally. First, it is important to keep in mind that companies that are listed on the stock market are companies with financial, human, and technological resources, etc. Solid enough to face adversity and stay afloat; If a person is willing to invest all their money in their own business without knowing anything about management, marketing, accounting, finance and without the certainty that it will work and be successful, why are some people afraid to invest in companies that have existed and endured since before their birth and that they will surely continue there even after their death? When the value of the stocks of a large company falls, the market is divided between a group that decides to maintain their positions, knowing that over time they will recover their value , those who fear "losing more money" and sell even assuming losses and those who see in this price drop an opportunity to buy low and then sell more expensive, the difference between one group and another is in knowing or not the information that is throughout this publication it has been exposed.

The interesting thing about this phenomenon is that it produces a regulation in the market, when prices fall, they generate the interest of buyers who see an opportunity to obtain profits, so the purchase is triggered, thus giving greater power to sellers, which that causes the price to rise again which in turn generates the interest of the sellers to take advantage of such a situation and obtain profits from the sale of their shares, which returns the power to the buyers who cause the price to fall again , thus generating a fluctuation in prices.

The importance of knowing these 3 points.

By knowing this information, we were able to combat some of the main mistakes in the investment world: losses from panic sales and losses from FOMO-based purchases.

It also allows us to detect profit opportunities, mainly when trading.

And finally, it expands our criteria, which translates into better decision making.

Thanks for your attention.