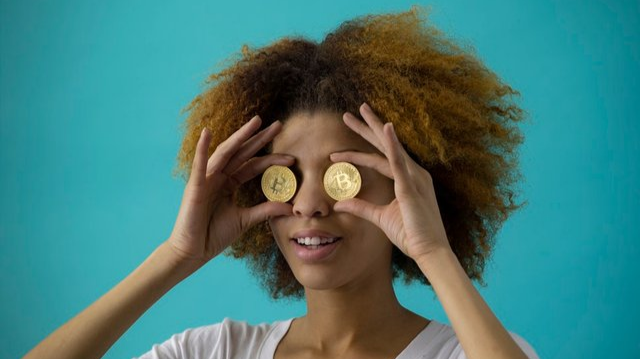 How Cryptocurrency and Digital Marketing Influenced Me

I think I should first mention a couple of things before I delve any further into this post.

2. I would also add to this that in the case of cryptocurrencies the reverse is true. I feel that crypto has affected me more than it did those around me. It’s affect on me has been profound, in terms of both magnitude and depth.

Let’s just say that I first got my Nokia mobile (a hand me down from my family) back in 2006. I had just finished school and was leaving home for the first time to stay on my own. Having the phone probably made more sense to my parents than to me becasue I was leaving me home and high school and they thought phone would be a good way for us to stay connected. As for me, I saw that Nokia 1100 as another chain that would hold me back. It was a time that I generally acted like a bratty ‘know it all”. Looking back I think that I needed a good punch to my gut to put some sense back into me, more than anything else 😉

So on this mobile phone, I received my first call from a digital marketeer who was selling something or the other. I don’t remember much but I think I talked to her more for her sweet voice than anything else. All I can be sure of is that I wasn’t going to buy anything that a voice on the phone was selling. Also the ads that I received on my computer and the messages on my phone became more and more of a nuisance as time passed by.

India was pretty lax in implementing any laws that curbed these things and the whole thing mostly left me irritated and mistrustful. This mistrust was quite strong and I was only able to buy my first online product (as a direct consequence of digital marketing) years later. I am not much of a shopper so that might also have something to do with it.

Surprisingly enough I got my first impressionable introduction to Bitcoin from an online promotion of some really shady looking service!

The first and the foremost thing to mention here is that I plan to make cryptos a major and I mean a really big part of my investment portfolio. Cryptos have affected me that much!

Truthfully speaking, when I first heard of Bitcoin I was really getting into learning the dark side of the modern financial system and how fiat undermines the value of real money. I was really into conspiracies by that time, so when I first heard about Bitcoin, I think I dismissed it out of sheer lack of enthusiasm on anything that was government related.

Little did I know that Bitcoin had as little to do with the government as possible. In fact it was only after seeing an online ad (that just kept popping out of nowhere) did I really take a good look at what Bitcoin was about. I was more than a little surprised to find out its origin and to learn that even it’s founder was unknown. What amazed me most was the fact that even after having billions of dollars invested in it, the government were still trying to figure out what to do with it. This was all it took for me to fall in love with crypto. It was back in October 2017.

The idea of decentralized crypto really caught my imagination and within a few days I was seeing Bitcoin cross the five thousand dollar mark. After this point I started investing whatever meager savings I had into crypto. By the time year ended I was almost all in and had no money left to invest.

After that I was mostly trying to figure out what cryptos to sell back and which others to buy in return. It goes without saying that at the time of my writing this article, most of my savings are gone and I am mostly left holding ‘bags‘. But all this loss of money couldn’t really hold my enthusiasm back and even now I am trying to buy back my way in, whenever I can.

Initially it was greed that got me into the crypto game. Now I have gradually learned that the value proposition of Bitcoin was never about speculation but rather decentralization (I heard Andreas Antonopoulos say something similar).

(Photo by Thought Catalog on Unsplash)

Love to be disruptive!

Embrace all that is crypto and disruptive