Emma, the Fox, and the Frogs
MyUplandCity Writing Contest and Giveaway - $1,500 in ETH Prizes - JOIN HERE!

Emma, the Fox, and the Frogs

Yield farmer Emma was already working her plot of land by the time the early rays of sunlight crested the treeline. Her piece of land wasn't quite large enough to warrant using heavy farm equipment on it, but she didn't mind getting her hands dirty as she yanked out weeds and added straw mulch between the vegetable rows. Emma planned on buying a larger plot once she could afford it, and her vegetable harvest was growing well enough that she knew it wouldn't take too long to increase the amount of land she had staked out for herself on the farm.

"What is this place?" A voice behind her startled Emma out of her working daydreams.

Emma stood up and turned around, wiping the sweat from her brow. She smiled at the young woman watching her. "It's a sort of community farm. We each have plots where we can plant our crops and harvest the yield. If things grow really well, then I can trade the vegetables I grow for an even bigger staked out piece of land." Emma beamed with pride as she talked about what she was growing. "My name is Emma, by the way."

"I'm Kyana. It's nice to meet you," the raven-haired woman replied as she watched Emma bend to inspect her vine crops.

The farm girl pulled a switchblade from her pocket and sliced through two stems. Kyana's brow raised as a delectable hint of musky sweetness tickled her nostrils. Emma straightened up, holding two freshly picked Charentais cantaloupes. "Here - take these. You can trade them for a bit of land of your own on the farm, so you can learn how things work here." 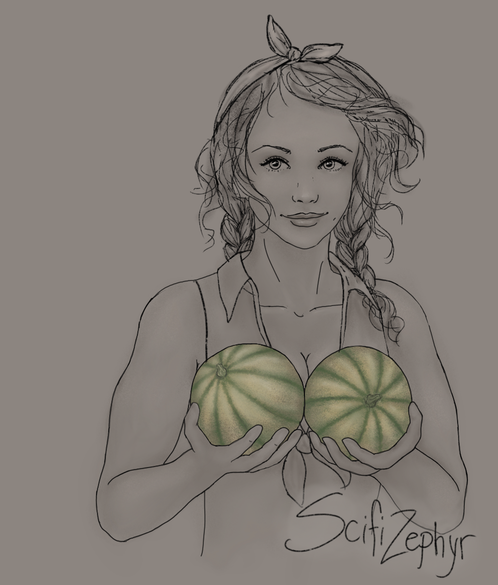 "Oh, wow-- really?" Kyana reached out to caress the fragrant, delicately lobed fruit. "Thank you so much! They smell amazing." She carefully cupped them in her hands. Both of them made for a rather generous handful, but weren't bulky enough to be unwieldy. She took a moment to inhale deeply. Her mouth watered. "You really have fantastic melons."

"Thank you! I grew them myself." Emma beamed at the compliment. "C'mon. I'll show you around." She walked with Kyana and helped her get the melons traded in and a bit of land set up. It was quite small, but Kyana was prepared to buy a larger share once she'd learned the basics.

A couple hours later, Emma was showing Kyana the area of the farm closer to the main farmhouse when she stopped cold. The two of them gaped in horror at a scene of carnage. Chicken feathers, many coated in blood, were strewn across the chicken yard. The door to the henhouse was wide open while a couple farmhands worked on fixing up a vulnerability in the opening for hens. They looked like they hadn't slept. More blood was pooled on the floor of the henhouse. Nearby, a few dozen startled-looking chickens clucked nervously in a makeshift cage. Emma didn't need to ask to guess at what had happened. "Was it a fox?" she asked.

A freckled farmhand near the makeshift cage brushed a lock of unruly red hair back from her face. "We think so, yeah," she answered. "Although it might not have been working alone." Just then, a farmer approached the redhead and handed her a receipt. She nodded and opened the door of the cage, allowing him to pull out a chicken before leaving. "We're keeping the rest of the chickens in here while we make sure the henhouse is updated with a fox proof door. Farmers can't put in any chickens right now, but they can pull theirs out. Hens are too spooked to lay at the moment, anyway." 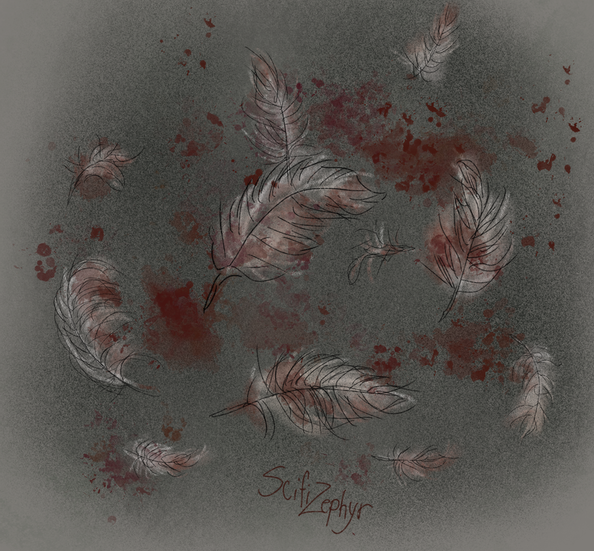 "Whose chickens were eaten?" Kyana asked.

"Well... it wasn't an individual farmer's chicken exactly," the farmhand explained. "You must be new here. I'm Soirse, by the way." She shook the woman's hand as Kyana introduced herself. "Anyway, when someone wants to invest in an egg crop, they can bring in a chicken or trade for a share of the henhouse. Once chickens are in the henhouse, the farmers still own whatever percentage of the total chickens they paid for. So if they put in three chickens, and the total in there is thirty, then they own a tenth of the chickens in there... and they get 10% of the egg production. If at some later time, other people might also put chickens into the henhouse so that there are 60 in there. The farmer who put in three chickens used to get 10% of the egg production, but now gets 5%, since there are a lot more chickens in there. But if he wants his chickens back, 5% of 60 is still three chickens, so he can get three chickens out if he wants. It's... better for egg farmers when they all keep the chickens together."

"But the fox ate some chickens!" Kyana exclaims. "So what happens now to the ones who had chickens?"

"The fox... or whatever predator it was... got four chickens out of sixty, unfortunately." Soirse sounds rather dejected. "So about fifteen percent of the chickens were lost. Right now, other farmhands and I are doing what we can to make sure the remaining chickens are safe, along with the rest of the farm." She pulls her curly hair back and secures it into a loose ponytail. "After that's taken care of, the farm has set aside some grain to raise extra chickens to make up for the ones that got eaten by a predator."

"Is the rest of the farm at risk to predators, though?" Kyana presses.

"Not in any way I can think of, but we don't want to take risks. We feel pretty bad already for the farmers who had chickens. Aside from patching up the henhouse and making it nicer, the biggest problem right now is--" FUUUUUUUUUUD! Her words are interrupted by a loud croak from a fat, grayish frog. It stared up at them, puffed its cheeks, and unleashed its ugly call again: FUUUUUUUUUUUUUUUUUD! Soirse's cheeks reddened. "Get out of here, you stupid frog! You're not helping!" She moved to kick the creature, but it hopped out of range and escaped into a clump of reeds near the pond. It kept croaking in alarm, which set off other frogs in the area.

Soon, the area was so loud with croaking amphibians that it was hard to hear each other speak. Emma winced and covered her ears. "I'm sure it'll settle soon!" She motioned to Kyana and the two of them walked away from the pond. "Ugh..." Emma groaned once they had enough space from the cacophony. "There's only so much 'FUDding' a person can take."

"Do the frogs usually get so crazy?" Kyana sat on the wooden fence surrounding Emma's plot.

"No. In the past, it's just been one or two at random times, usually wanting to annoy the farmers. But this time, they seem to have gotten either upset or scared by the fox getting into the henhouse. Or else they just like creating chaos. Problem is, a lot of farmers won't want to hear that croaking. Some even get nervous about it, and might sell their plots." 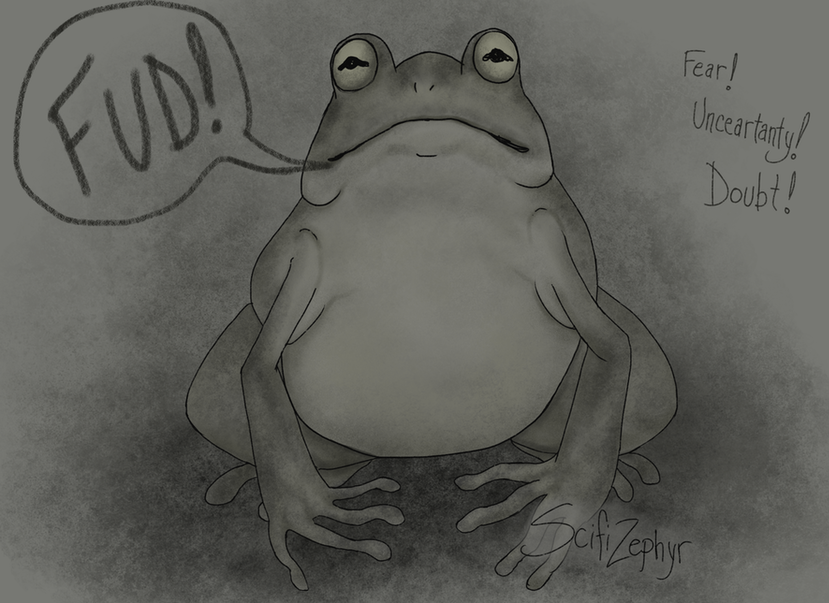 "Won't that make the cost of a bit of land cheaper for someone to buy?" Kyana asked.

"Well, yeah. Which is a good thing for you, since you said you wanted to buy a bigger piece of land to stake out here. It's a great time for that." Emma smiled and climbed onto the fence next to her new friend. "In the long run, though... our collective farm is stronger when more people have some."

"Understandable," Kyana responded, "but the way this place is run, seems like it'll keep growing and producing bountiful yields. Plus, the cost of a plot of land doesn't seem to matter much except if you're buying and selling it. And after I get mine, I don't plan on selling it. I'm thrilled to become a farmer!"

A frog croaked at them from the tall grasses nearby. Emma hopped off the fence, picked it up, and threw it as far as she could toward the pond. "Disgusting thing. It needs to stay away from here. Anyway, I'm glad you've joined us, Kyana. I know you'll be a great farmer!"

The farm girls relaxed for a while longer on the wooden fence, and then Emma got to work on her plot while Kyana headed off to purchase a much larger plot of land.

Relatively new to deFi, but enthusiastic about learning more. Working on a series of short stories to make Harvest feel more accessible. Also working on Emma & other "farm girl" NFT art for Harvest. 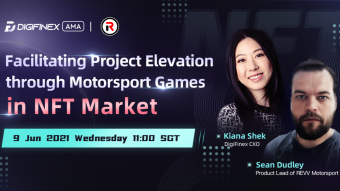 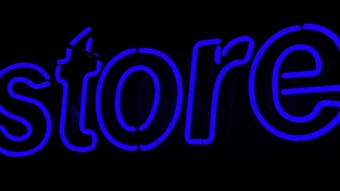 What is ADA Pay? The Cardano Payment System. 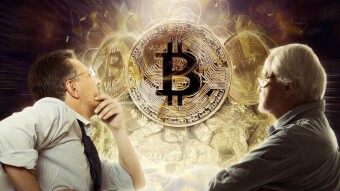