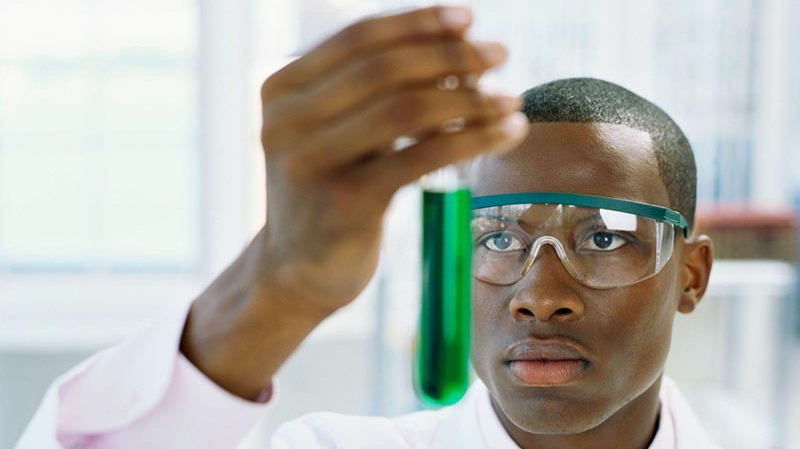 Okay, maybe not that fast - but it does move at a lightning pace which is tough to keep up with.

The growth of Total Value Locked in DeFi smart contracts took only two months to rise from $2 billion to hit $9 billion at the start of September 2020. It is no wonder that some developers like Andre Cronje took the risk to bring their products to life as quickly as possible; 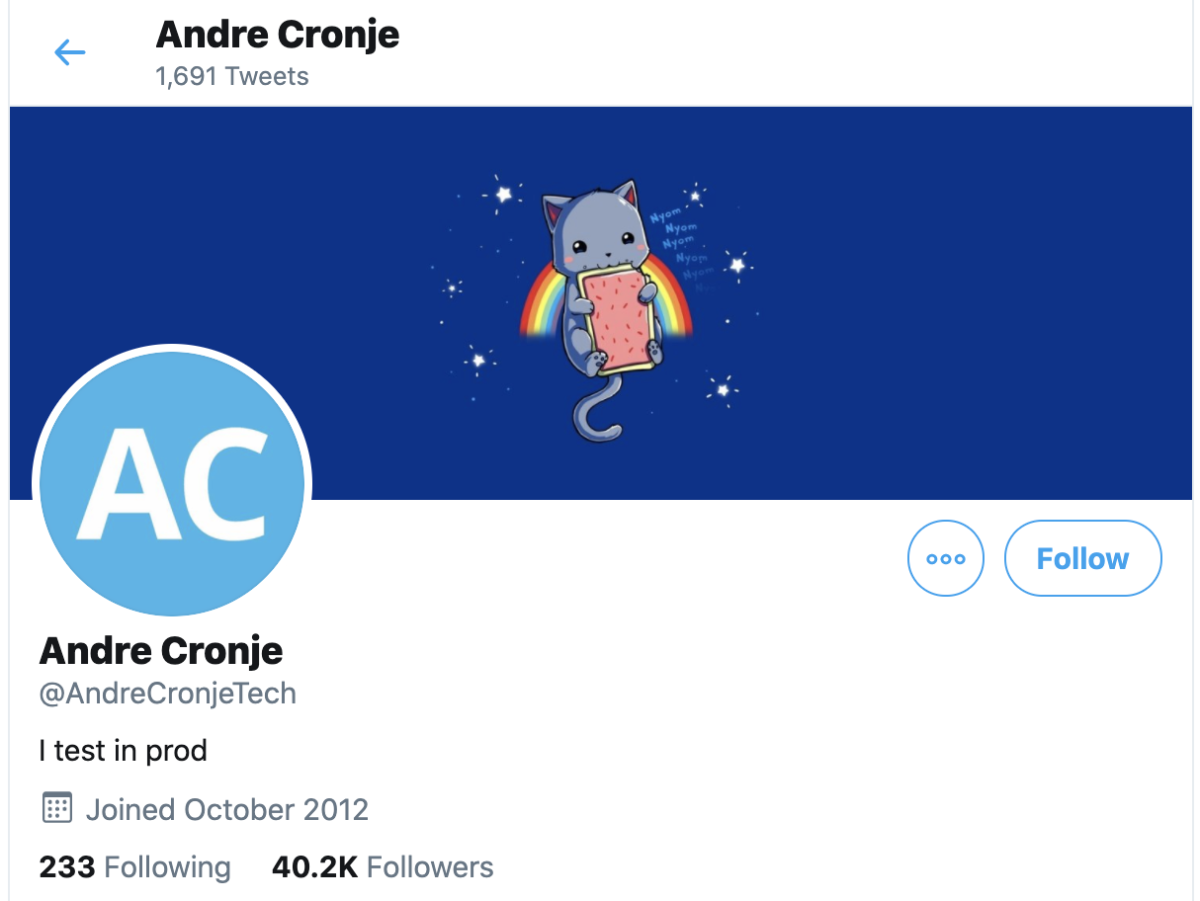 His bio reads “I test in prod” - this means that he is testing his code while in production (no beta, no closed tests, etc.) Partly, surely it's for fun, but earlier this year when he was just starting out releasing products that was pretty much true.

Other developers have followed suit. They started to release products that are just put together on a 'napkin' ($Yam, $sushi, $kimchi, $safe and many others) - but seemed to have a good enough concept to get a tonne of supporters on their side as millions of value poured into these products.

Today I want to talk about two projects that went from nothing to something, then again to nothing, and now are going back on track again.

These two projects are $YAM & $SAFE.

$YAM was announced through a Medium post on August 11th and launched the day later. It indeed was a viral DeFi project as users scrambled to take advantage of the extremely high Yield Farming opportunities that surpassed 1000% APY. The project was designed to be an elastic supply token (like Ampleforth) that would expand or shrink the supply to keep the price stable at around $1.

YAM was slightly different from AMPL because it would issue the “Rebase” every 12-hours instead of once every 24-hours. If YAM’s current price was beneath the target price of $1, there would be a positive rebase in which the number of YAM in each individual wallet would increase. The opposite is true if YAM’s current price at the rebase time was above the target price.

In addition to this, YAM’s distribution was expected to be fair as everybody had the same opportunity to farm the token - no pre-mine, VC pre-sale, or founders share.

Within 1 hour of launching, there was already $75 million locked inside the YAM protocol. This surged to around $300 million a few hours later.

Some of the prominent figureheads in crypto were already voicing their concerns;

The team had mentioned that the contract was unaudited, and investors would be taking a risk by jumping on board. Still, this did not deter people from pouring their funds into the protocol.

Within a day of launching, the team hit the community with the following Tweet;

The team had found a bug in the contract, which would over-mint tokens. This would lead to a host of problems that would invalidate future governance proposals because there was so much YAM in circulation.

As you would expect, the price for YAM collapsed as everybody rushed to sell their holdings; 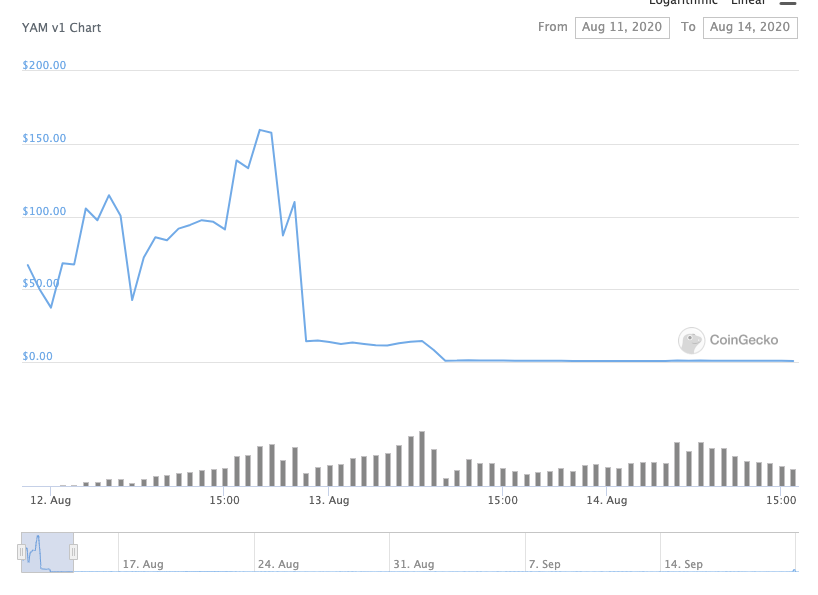 The community did attempt to rescue the protocol through a vote; however, upon close inspection, it seemed that their error was unfixable as they posted a “Rescue-Attempt Update” in which they stated that YAM was genuinely dead.

However, there was some light at the end of the tunnel as they closed the post by stating that they would eventually migrate to Version 2.0.

How $YAM is Rising From Ashes?

YAM initially migrated to YAMv2 as a holding token while the developers figured out how to relaunch the token.

YAMv2 was just taking off, but let us remind ourselves of the types of gains this project is the potential of pulling; 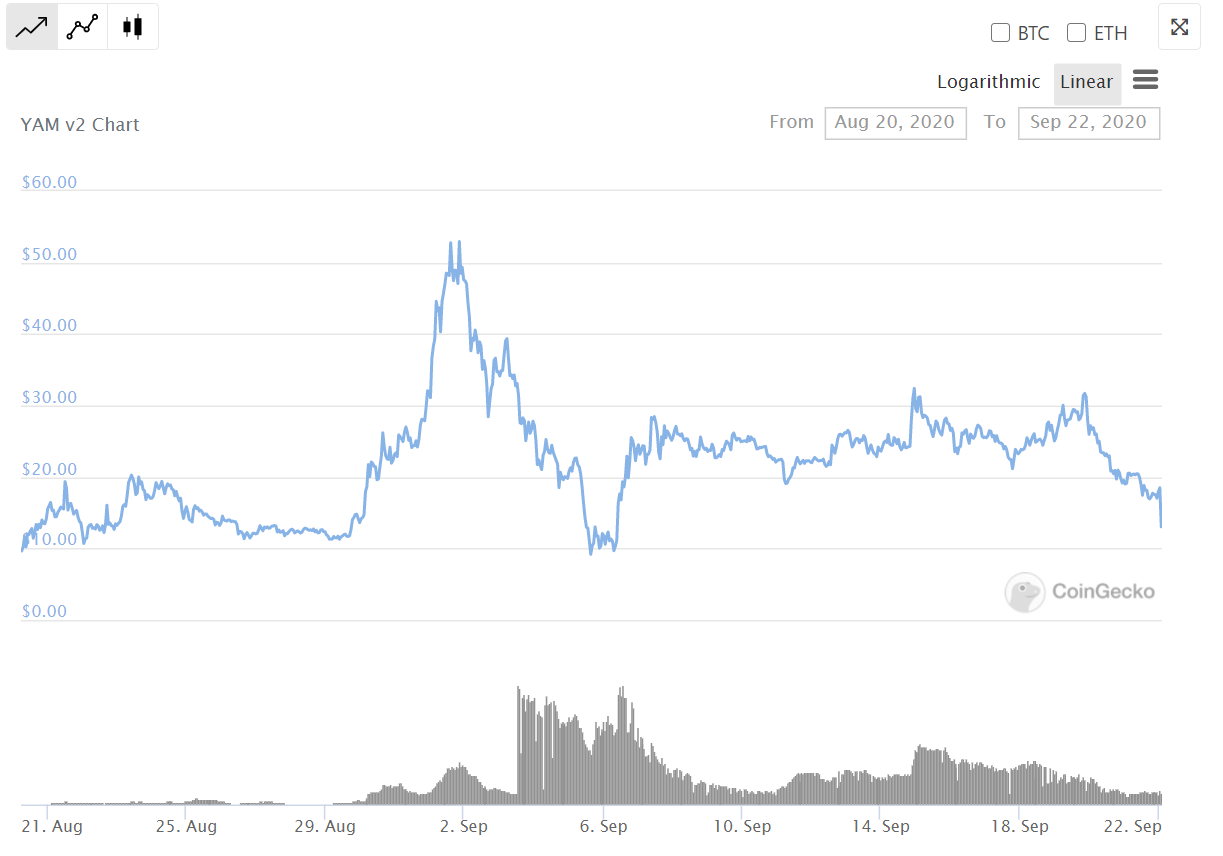 Very recently, Yam Finance announced the relaunch of the original vision in the following Tweet;

During the migration period through YAMv2, the community underwent a very thoughtful interim governance period in which everybody reached a consensus on the key issues to resolve for the YAMv3 launch.

The KEY to this relaunch is the 3rd party audit conducted by a highly reputable security company called PeckShield. They have taken a look at the code, identified any potential issues, and the team has responded with the required fixes before launch.

You can view their full report here.

Here is a quick summary of what to expect in v3 for YAM;

$SAFE is a much different project from $YAM, but it is most certainly in the same boat. The project revolves around a concept known as “Insurance Mining.” As you know, with billions of value locked into DeFi contracts, it is quite a risky business. With such a high reward for hackers, it is inevitable that they will be continually examining the smart contracts in the hope of finding a bug they can exploit to drain the funds.

As a result, there are projects such as Opyn, Nexus Mutual or Yearn Finance that offer insurance covers for DeFi farmers. Users take out an agreed set of insurance and pay the premiums required. If there is an attack on their farmland, the insurance contract should payout.

$SAFE is a project designed to take Insurance contracts to the next level as they introduce insurance mining.

If you follow my posts, you might have noticed I have already written on $SAFE here. You can find out a lot more about what it was trying to do in this post.

It all started with the following tweet on 2nd September ;

ChefInsurance (Alan) wanted to create a platform that would take the yNFT (the insurance tokens from Yearn Finance) and allow them to be staked for returns of $SAFE.

It did not take long for Alan to write the contract and have it launched by September 12th;

Alan went on to burn the admin keys on September 13th as the protocol hit over $90 million locked value in just under two days. Users were able to 'mine insurance' through 4 pools to get $SAFE tokens. They had to buy out the insurance coverage to get one of the following NFT tokens;

The last pool was a SAFE-DAI BAL Liquidity Pool to provide liquidity to the ecosystem.

All things were looking quite pretty. The token was soaring, and it reached as high as $4,000 per SAFE; 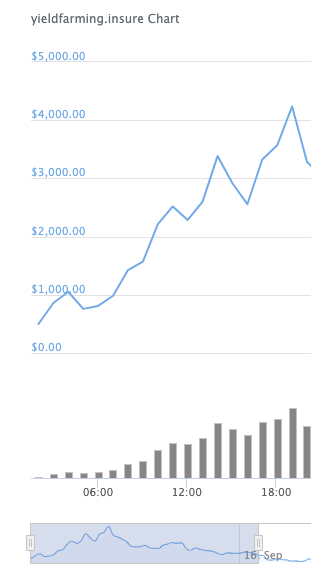 However, behind the scenes, there was some internal drama occurring. Alan had posted the following Tweet to address this;

In a nutshell, Alan was working with a guy called AzeemFi, and it seemed that Azeem was pushing Alan to make decisions very quickly and promising him funding to stop his education for a year to work entirely on the protocol.

Well, Azeem hastily asked Alan do deploy the last Pool earlier than announced. In fact, Azeem deployed the Balancer pool himself to force Alan to deploy the pool earlier than expected. After a mix-up, Azeem got cold feet and decided to pull his liquidity from the pool, which locked the pool forever - and the SAFE rewards inside it.

The entire story is quite long, and I would urge you to read it thoroughly to understand it better.

Of course, I would be wrong not to state there are two sides to every story, and you can follow up with AzeemFi’s response here;

As a result of this internal struggle, the price of $SAFE tumbled; 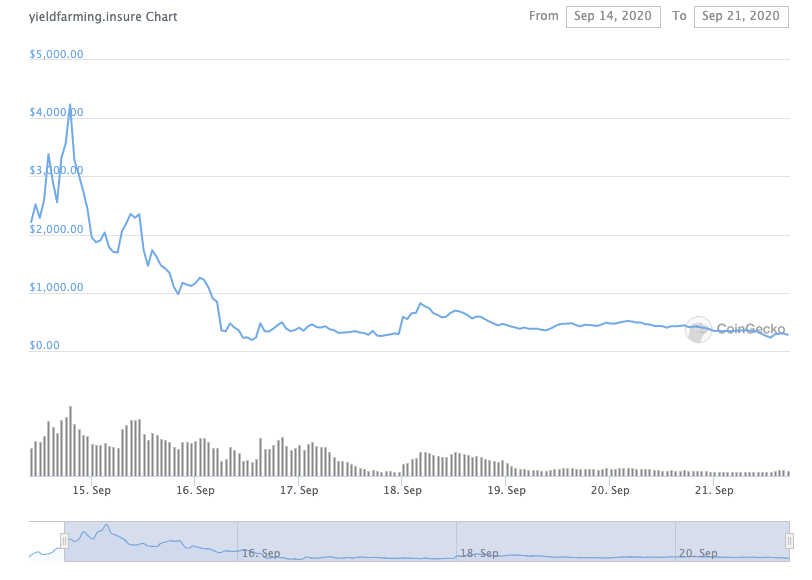 Well, it seems that all hope is not last as $SAFE is now ready to relaunch under a new brand - $COVER.

How $SAFE ($COVER) is Rising From Ashes?

It seems that after the debacle between Alan and Azeem, they have both accepted their responsibilities in what went wrong. As a result, Alan has announced that they are relaunching under the new project dubbed $COVER.

First of all, it is essential to note that Alan has withdrawn from University and plans to live off the $25,000 received from Andre Cronje.

Secondly, Alan has finally brought in some reinforcements to the team.  There are now a total of 3 Core Devs that are working on the code full time. In addition to this, there are some VERY IMPORTANT advisors to take note of;

This REALLY is a reliable team with some incredibly strong and powerful advisors onboard. Andre Cronje can make things happen alone, but with Sam Bankman-Fried behind him, they are a force to be reckoned with.

In fact, they are already showing their strength as Yearn Finance included an entire section to explain the $SAFE calamity in their latest newsletter - giving exposure for $SAFE to all $YFI investors; 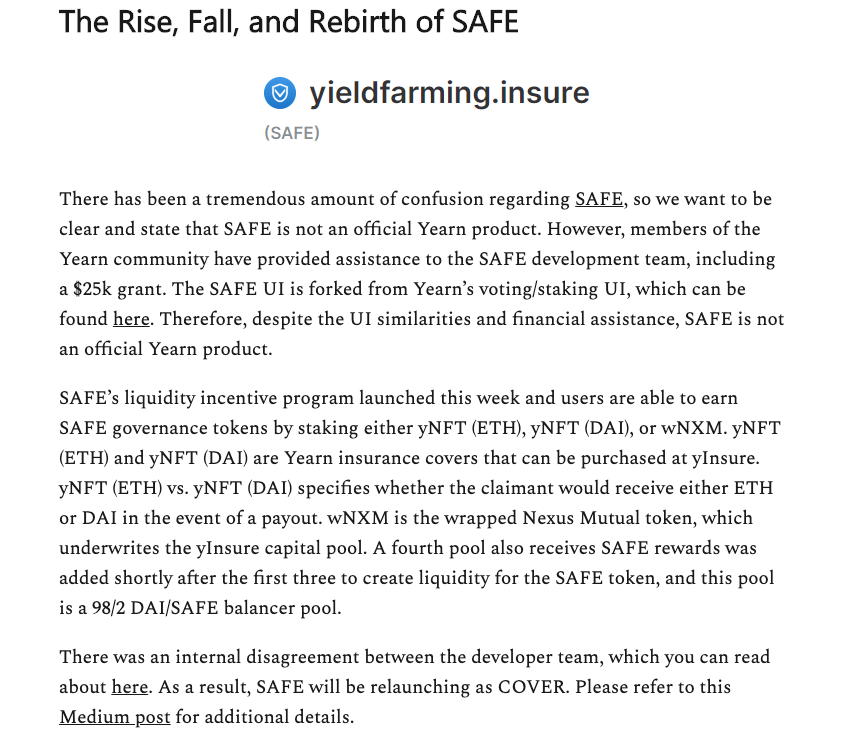 Here is a quick summary of what to expect in the $SAFE relaunch as $COVER; 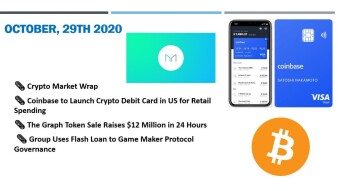 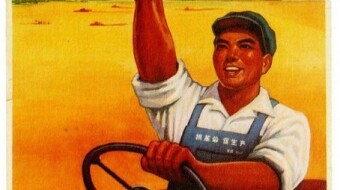 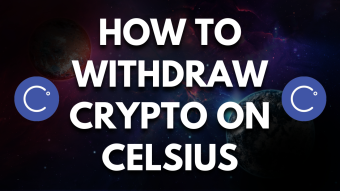