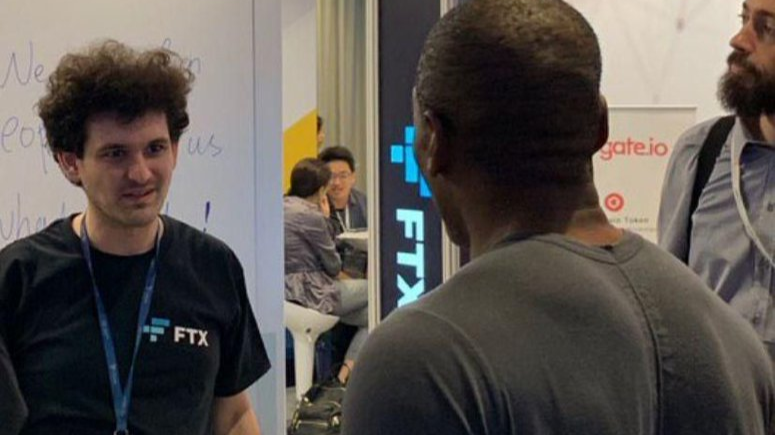 A Story on How FTX Will Outcompete BitMEX

First off, you better grab yourself a coffee for this one.

I am about to introduce you to a new exchange that is going to start taking traders from other platforms and will eventually outcompete the heavyweight, BitMEX.

It is no surprise that traders are flocking to BitMEX when we consider the fact that the exchange never used to ask for KYC, so traders were able to trade anonymously with just BTC deposits. Unfortunately, this changed around 3-weeks ago when BitMEX started requesting that all of its users pass the KYC requirements.

Regardless of this move, traders are still using the platform but the majority are likely to switch to FTX over the coming months as they continue their development.

The story of BitMEX is quite interesting, especially when we consider the fact that we only know one of the owners - Arthur Hayes. That cool looking tank of a man that always sits on stage to speak with perfect charisma. 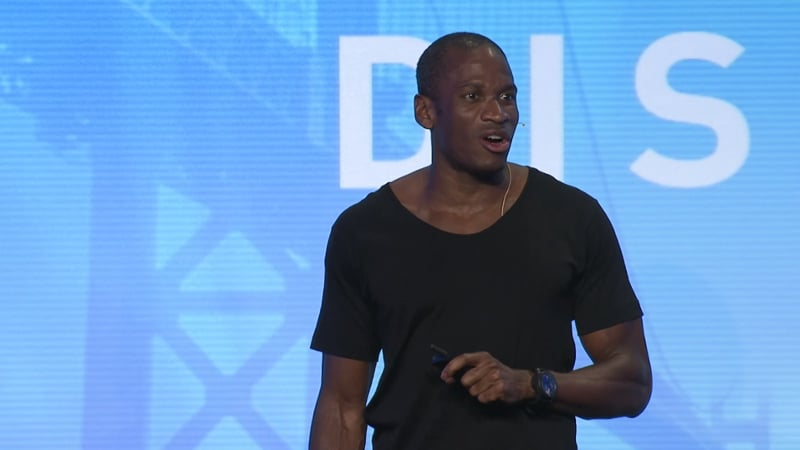 However, there are actually two other co-founders of BitMex that we rarely hear about. The other two are called Ben Delo and Samuel Reed. Here are all three of them together; 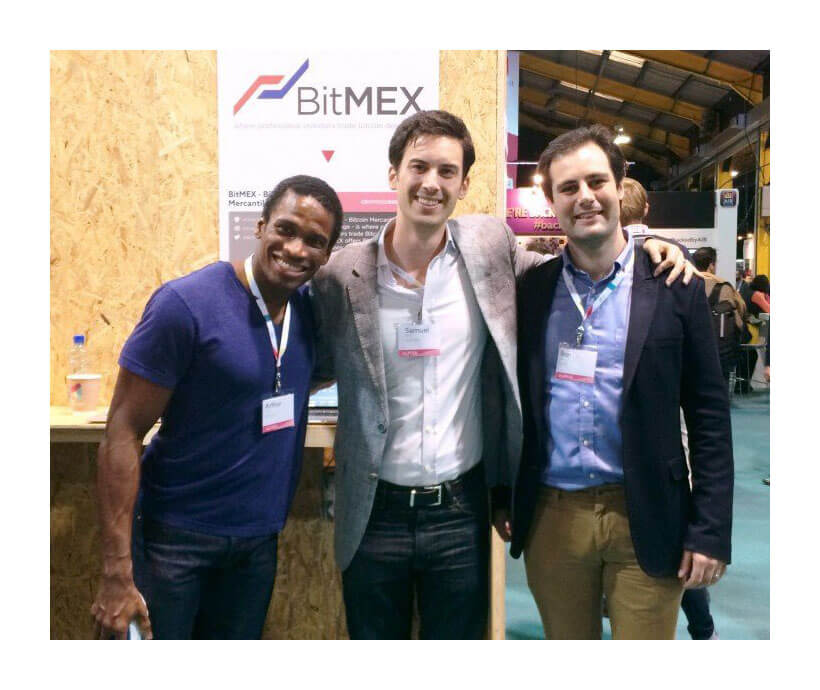 Arthur Hayes is on the left, Samuel Reed is in the middle, with Ben Delo on the far right. The three of them got together in 2014 and founded BitMEX together with funding from friends and family.

Where BitMEX is Today?

According to data from CoinMarketCap, BitMEX is the largest derivatives exchange in the world, closely followed by Binance Futures. In fact, the exchange has an average of around $4 billion being traded on the exchange every single day over the past year.

With all of this volume, it will be no surprise to you to find out that the exchange was worth $3.6 billion in 2018. Unfortunately, I can’t seem to find any recent valuations but we can expect it to be significantly higher with the recent growth seen on the platform. 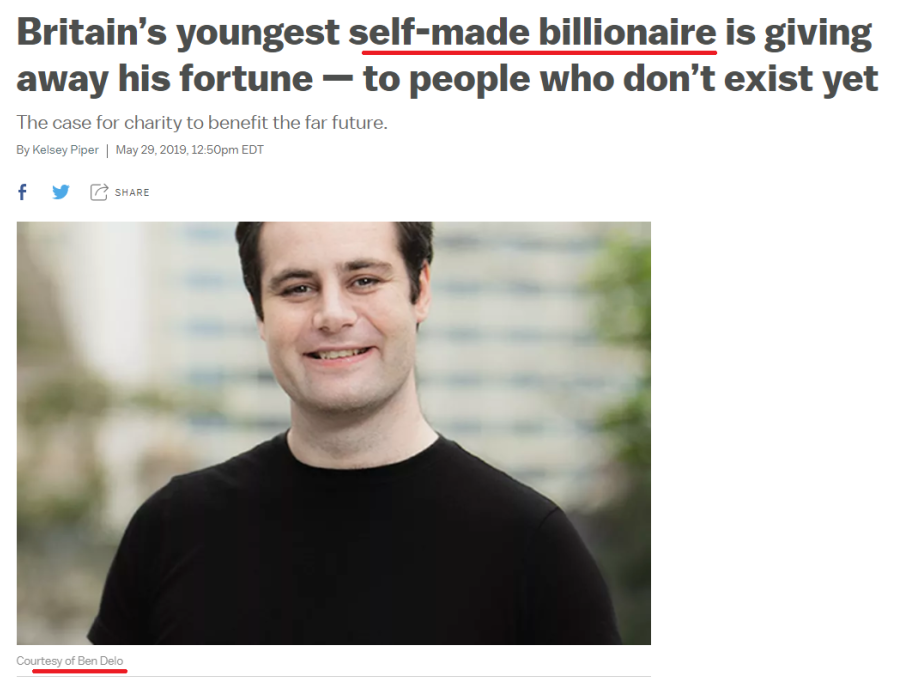 So all three founders will be doing very well right now.

Arthur Hayes himself is very well known within the cryptocurrency industry. He is the CEO of BitMEX as he seems to be the only one doing interviews out of the trio. He is a crypto OG who is consistently invited to speak at major cryptocurrency events - presumably earning from these interviews also; 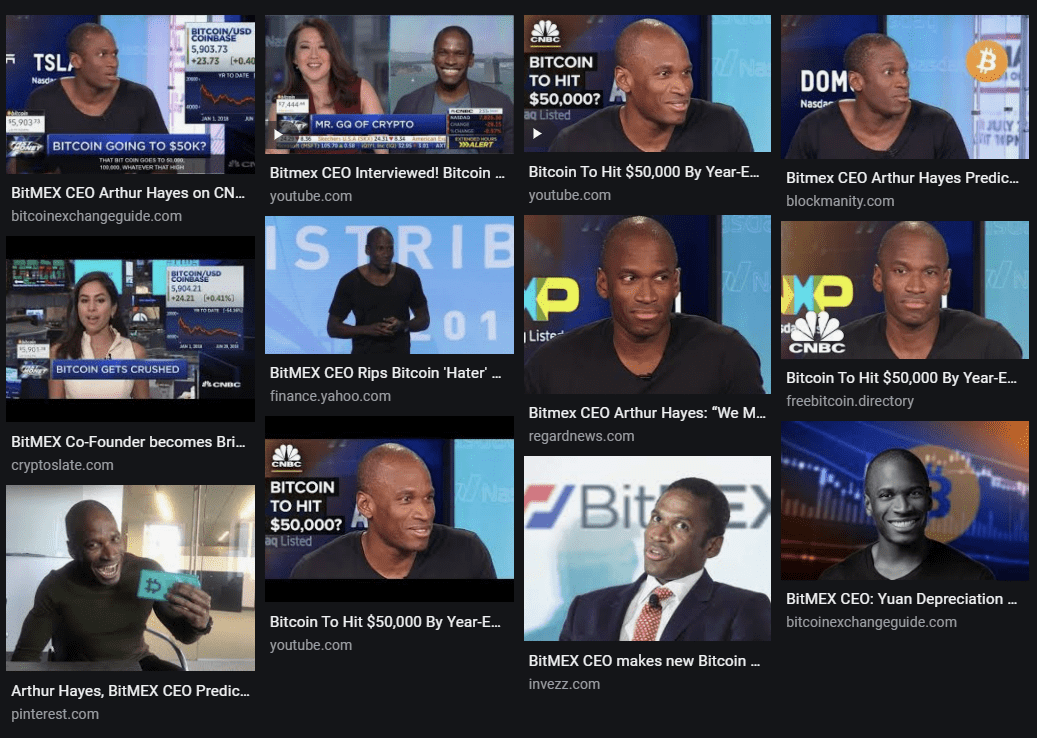 At this magnitude, it would look to everybody like BitMEX is the kind of derivatives.

How FTX Can Outcompete Bitmex

One of the main driving forces as to why FTX can outcompete BitMEX is to do with the simple fact that traders are becoming tired of the service provided over at BitMEX. For quite some time, BitMEX has actually had a very bad reputation amongst traders who get liquidated by the huge moves that seem to occur only on BitMEX - almost like they're hunting to trigger liquidations.

On top of this, there are more traders that get liquidated due to the simple fact that they are not able to exit a particular position they are in due to the growing number system overloads which result in downtimes.

These problems have become so famous that there is now a Meme economy behind this frustration; 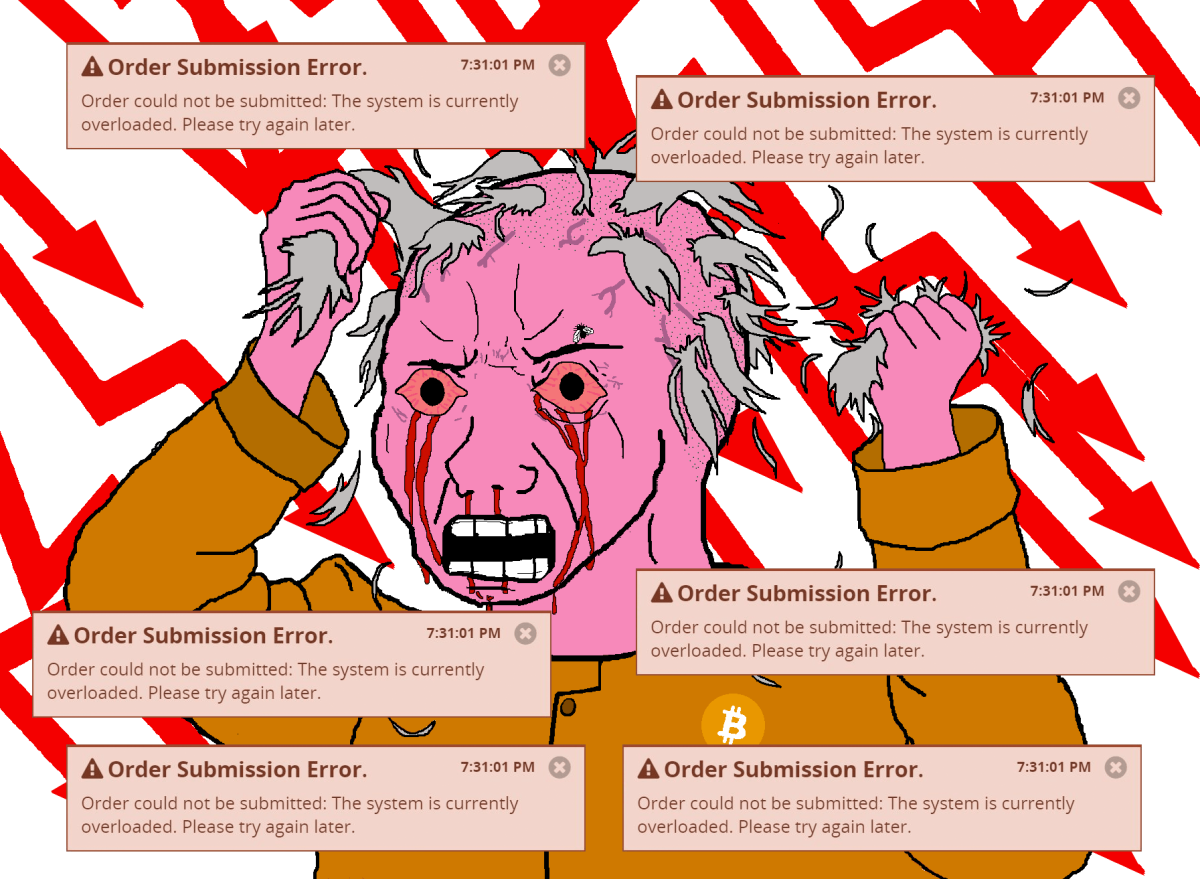 The more frustrated that traders get, the quicker they start to look for alternative options.

BitMEX is so big that they haven’t even bothered to update their products in a VERY LONG time. In fact, the following image shows all the products that they have on their exchange;

As you can see, they have all the top coins (including Bitcoin Cash) but the options to trade altcoins are still quite limited.

Well, it does seem that they are trying to improve their offerings because, on September 4th, they finally added some new products after 2 years of stagnation; 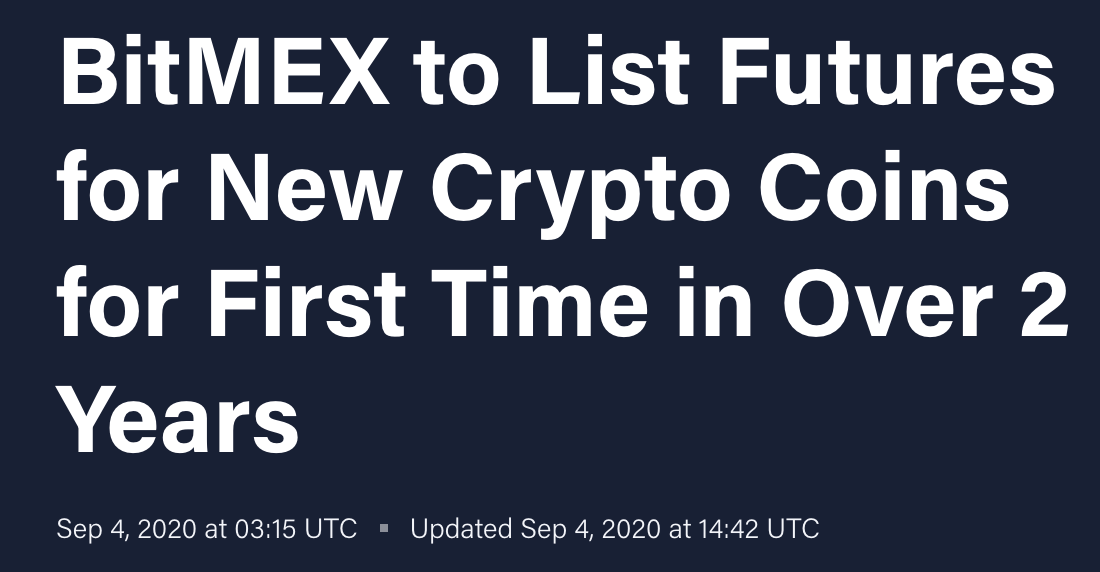 This actually might a be a too little too late type of scenario as in a rapid world of crypto you have two options;

This is where FTX steps in; 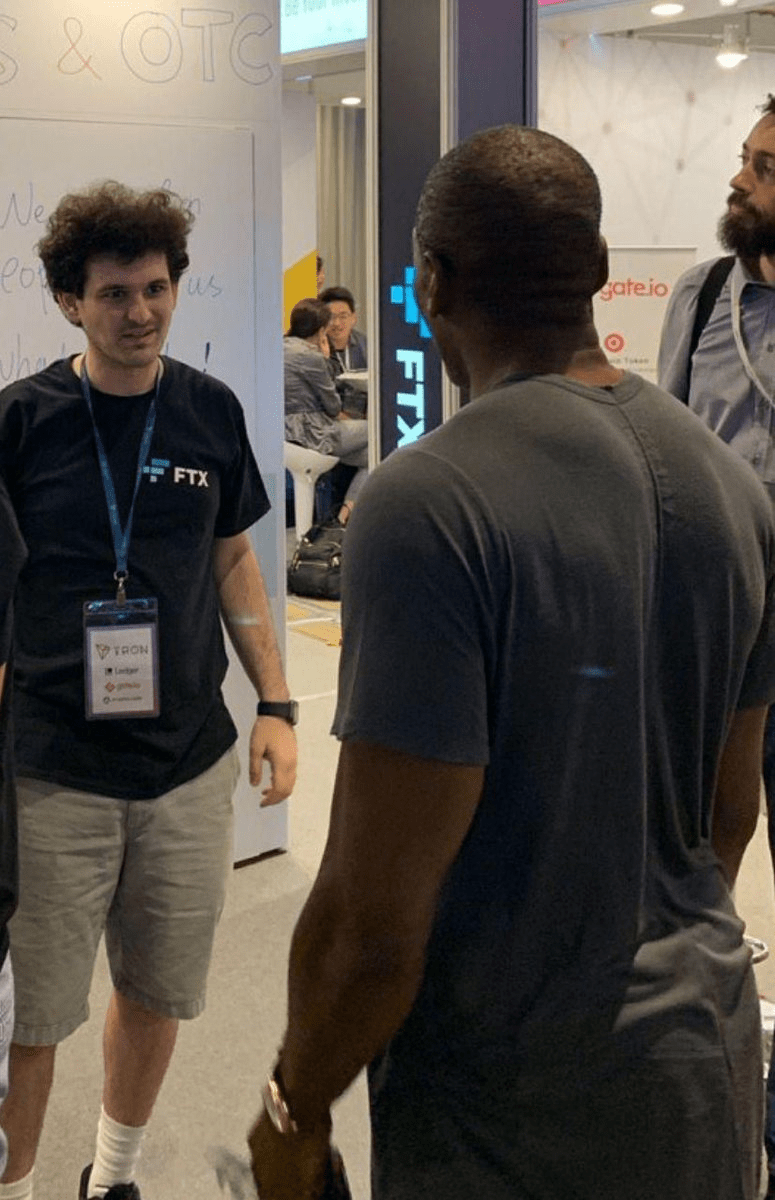 This EXTREMELY rare picture of two ultra whales shows the legendary Arthur Hayes squaring up against Sam Bankman-Fried - the Founder of FTX. Arthur is the handsome tank whilst Sam is the messy-haired coder with a slight smirk on his face as he knows he is coming for Arthur.

A Brief on FTX

As mentioned, the entire exchange was founded by Sam Bankman-Fried and it opened its doors in May 2019. Before founding FTX, Sam had a trading company called Almeda and it was ranked in the top-5 on the BitMEX trading leaderboard.

Prior to all of this, Sam graduated from MIT with a degree in physics and became a trader om Kae Street Capital’s international ETF Desk and designed their automated OTC trading system.

This dude seriously is a money-making machine!

On top of all of this, Sam actually has a very important friend within the industry. You might have heard about him. He goes by the name of Changpeng Zhao - you probably know him as CZ, the founder of Binance. 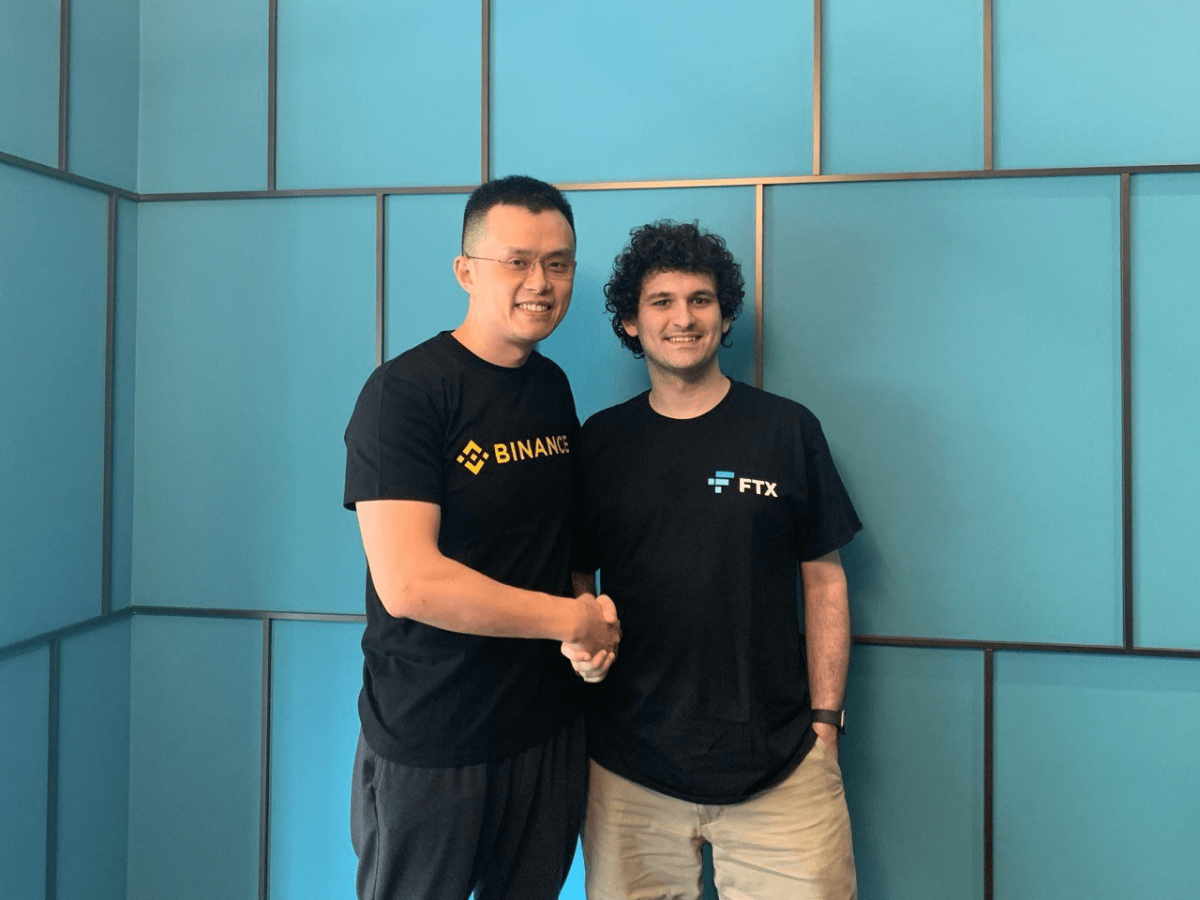 Having CZ on your side is a very strong positive in any scenario - even if you are going head to head with him. In fact, Binance partnered and invested into FTX in April 2020 - taking their relationship one step further. It certainly seems that there is no animosity from CZ for FTX trying to compete with Binance Futures.

The sheer amount of products that FTX already has integrated is quite staggering. I couldn’t even fit it all on one screenshot;

As you can see, they absolutely blow the 5 or 6 products that BitMEX offers out of the water!

They aren’t even limiting themselves to typical asset markets such as cryptocurrency or commodities. FTX opened a prediction market for the Presidential Elections 2020 to allow people to trade on the outcome of the event; 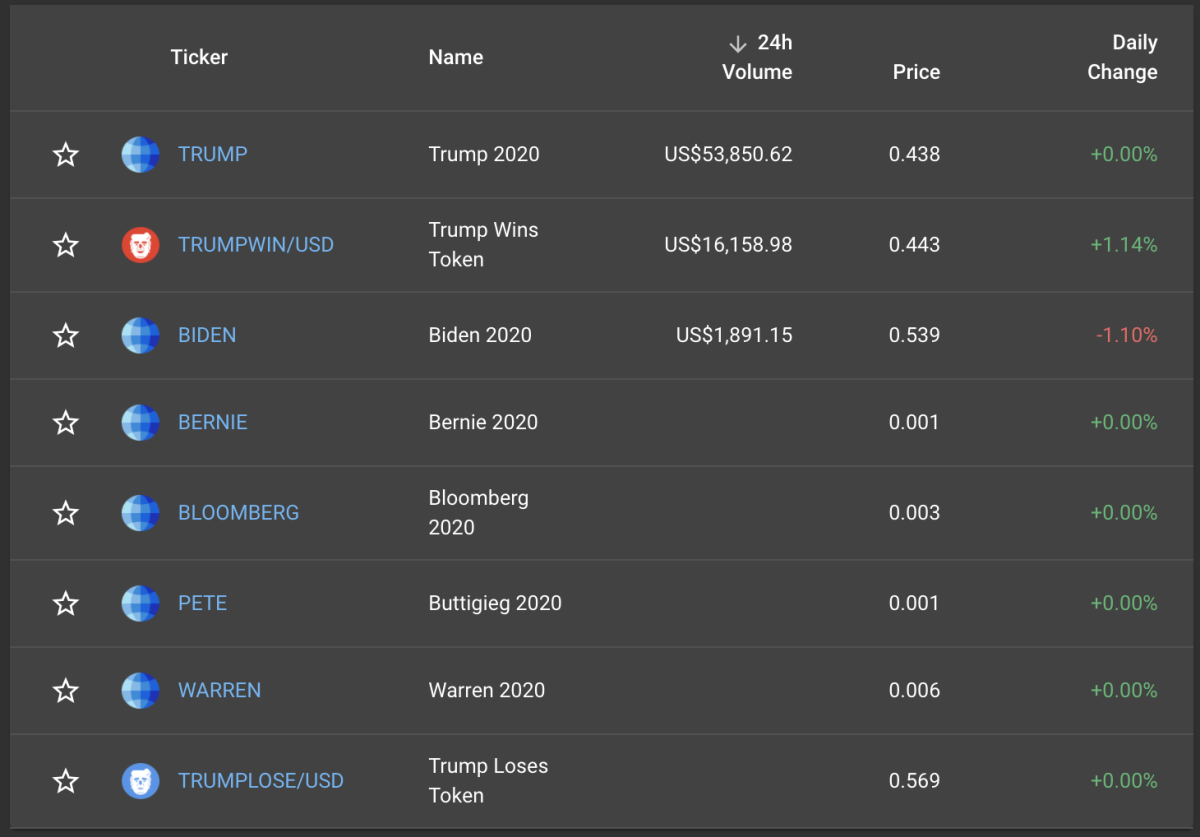 This goes to show that the team at FTX is not just focused on getting one type of trader - they want them ALL! This is obviously something that BitMEX does not do, and could probably not compete with at this stage.

The growth of FTX has been quite staggering, to say the least. It is already pretty much processing a quarter of the daily volume that BitMEX handles; 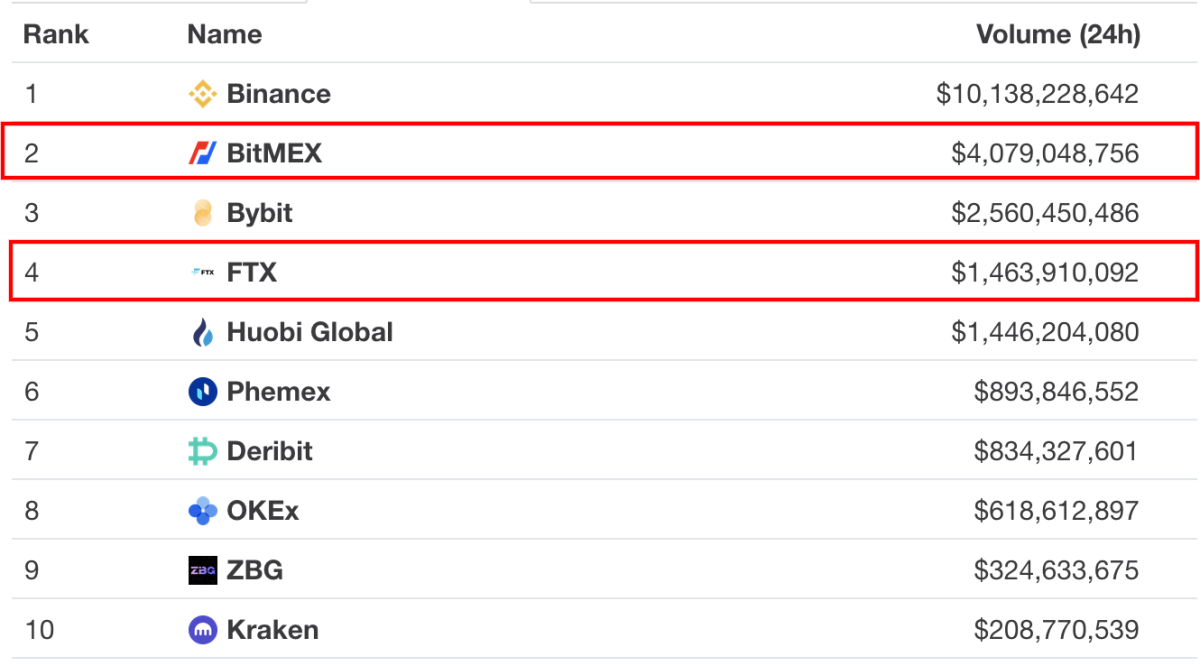 The growth has been nothing short of spectacular. In April 2020, FTX witnessed its first $1 million day. Two months later, in June 2020, FTX went on to process $100 million a day. Fast forward to September 2020 and we can see that they are already hitting $1 billion in transaction volume per day.

AND Same does not plan on stopping there anytime soon;

In addition to this fantastic growth in volume, FTX has already made a MAJOR investment through its $150 million acquisition of the portfolio tracking application - Blockfolio. The application boasted over 6 million users, many of which refresh the app multiple times per day. This was a very strategic move on FTX’s part as they now have a direct link to 6 million cryptocurrency fanatics in which they can onboard to their exchange.

Sam (FTX CEO) is a Freak

Yes, you heard me. The dude calls sleeping by his desk “going home to rest”. 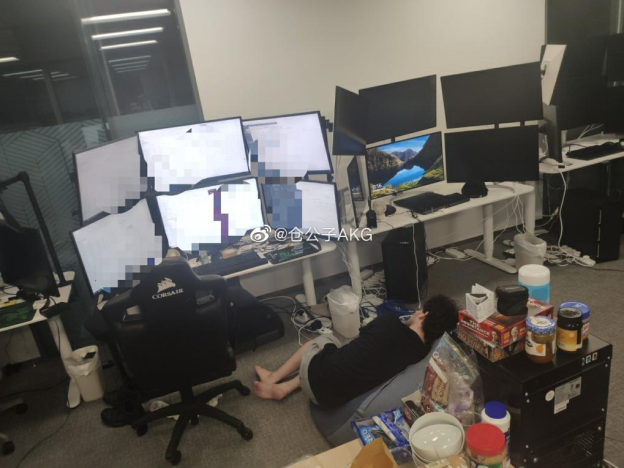 Like, he REALLY sleeps there. It is not for some publicity, he is just that dedicated to his work.

This guy is as close to the exploding DeFi space as it is possible. He launched a Defi Decentralised Exchange called Serum to test the boundaries of DEXs using a non-Ethereum blockchain - all in the space of a few short months.

On top of all of this, Sam continuously participates in DeFi Proposals for different blockchains.

You can easily see why people recognize him as one of the greatest up-and-coming innovators within the cryptocurrency industry.

The dude is an ABSOLUTE beast and his work-ethic is second-to-nobody.

If FTX continues to grow in the same fashion that it has been so far, it will most certainly pull traders away from BitMEX and possibly will even overtake his friend’s exchange, Binance Futures.

Lastly, did I mention that FTX exchange, unlike bitMEX, has its own token FTT?