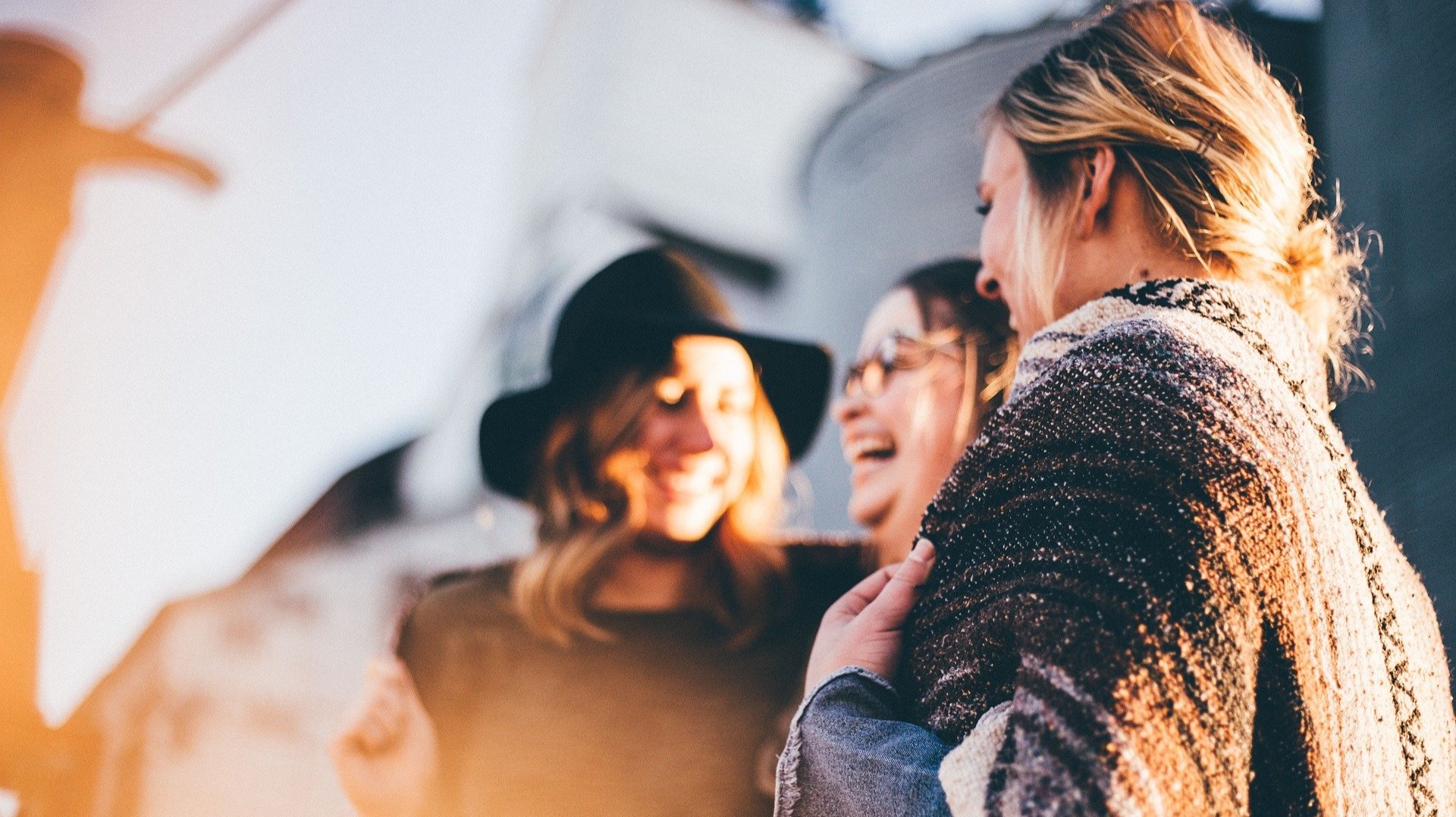 Have you ever thought about what type of personality you have?

If not, you may want to look into it.
Your personality type greatly impacts the way you interact with your friends, family, even strangers, your career and much more.
But first, let's look into the definition of a personality!

Since the start of history, everyone has chosen to categorize themselves how they feel and respond to things. This lead to one of the most famous personality charts that still prevailed. According to this map, formulated by Carl Jung, there are a total of 16 personalities out of which each person can be situated.  Let us first explain the various classifications and then look at them one by one, to understand each of the 16 personalities.

This is how you see things around you. If you're an introvert, you're generally cool with not being social with those around you. On the other hand, extroversion is just the same because you simply can't resist chatting about strangers no matter who they are.

The first group here includes people who love to use critical reasoning only to figure out whatever situation they are in and never let feelings affect their judgment. Those that use emotions prefer to see the good in others, and therefore to solve matters in cooperation. 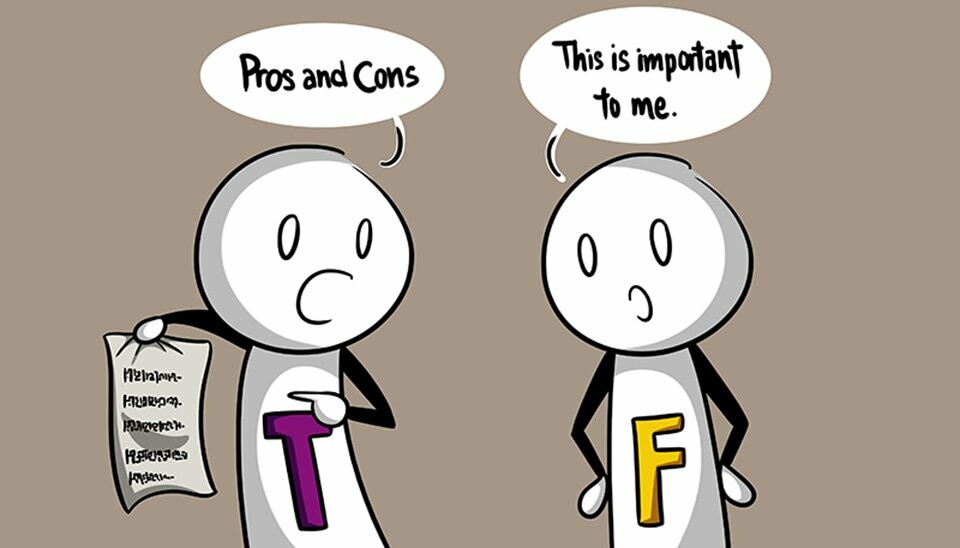 While people who feel it all let go of a more pragmatic attitude and are back to earth. They usually prefer to concentrate on what's happening or what has happened.  The intuitive, on the other hand, are open to creativity and decide to focus entirely on their intuition for potential possibilities. 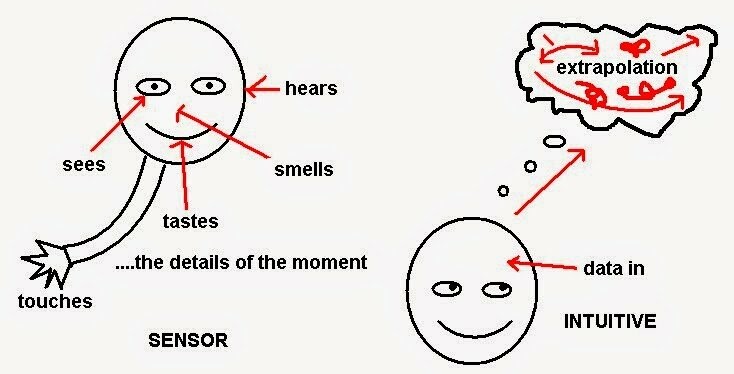 Individuals who use judgmental attitudes tend to predict actions based on their experience, thereby framing a very broad mind. On the other hand, the perceiving leaves any possibility open about an individual, and they're not swift to judge. 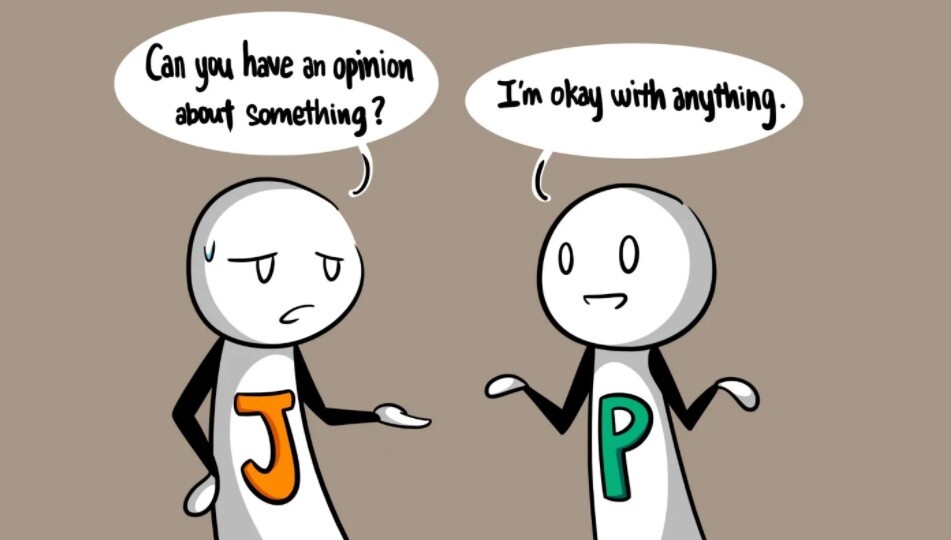 Do you see any personality type that you are associated with yet?

If not, we can go more in-depth with Myers Briggs Personality Types or MBTI Personality Types. He seeks to indicate sixteen (16) categories that people can fall into based on Carl Jung’s psychological theory. We'll look at the first eight!!!

A- ENTJ
This kind of personality, people can't help but lay their confidence around everybody. They attract people to their target, causing them to believe that it is a shared dream of everyone. These characteristics make them natural leaders. They're very determined, and they are the sharpest minds out there. Their political thinking makes them brilliant entrepreneurs, and they start moving the bargaining barriers before they get their way.
ENTJs can't take defeat at all and are compensated with good relationships and victory in most personal or job sectors.

B- ESTJ
These people are the sort who enjoys leadership in all the right respects. They're able to lead the way, even though it's as complicated as it gets. They like to think that they know more about the people around them and they prefer to strive towards a happier society where the truth is verifiable. They do not embrace clouded dreams and are always able to dive further into the most complex circumstances in order to discover more and to tackle the entire thing intelligently. While people with ESTJ personality are considered not to function on their own, these people are also very persistent, but they believe in their job etiquette, and they can't tolerate dishonesty.

C-ISTJ
This type of personality is one of the most widely seen, and this type is made up of around 13 percent of the world population. Essentially, they describe dignity, rationality and practicality. People with this personality are committed to rituals and law. The precision in how they predict things will perform well for them. Assumptions are not really their thing, and they are very clear on any course of action they take. These people frequently lose patience and are therefore often the victims of irresponsible actions. They like to work alone because they don't want to rely on others, so the ISTJs see it as a weak point, or they think of it as a trap.

D-INTJ
These people are clever and can quickly be identified as a bookworm because of their undying desire for corners of every space to stop conversations. They're better at bonding if they find someone with the same degree of intuition and experience. Thanks to their Intuitive and Assessing personalities, INTJs have a very small number of trustees. They're very observant, and they respect intelligence. They force improvements around them only by making use of the power of will. They still generally have a sense of talent, but there's no point in that unless they've unintentionally found that they're never out and about their qualities.

E-ESTP
ESTP people, of course, leave an impression on those around them and the surroundings. They're easy to find and blend in seamlessly anywhere. High on comedy, these guys enjoy the publicity they get. They're keeping the dialogue running with intelligence and contingencies. Living with them means constantly being on the brink and loving all the drama and thrills. They care more about themselves than about correcting others. ESTPs are perceptive, but they can quickly pick up characteristics and feelings. They're swift with insights, but they're patient enough. Often they are distracted, but in the end, they are successful and constructive.

F- ISTP
These people want to discover the world around them, even though they don't say anything. It is definitely a smart idea to get them on your job project. They're very natural about things, but they can be just as stubborn. They're very blunt about criticism, and they can get insensitive. They enjoy their anonymity, and they prefer to remain reserved. Although they enjoy new ideas, they're quickly bored and hate to commit, no matter what. In the other hand, they are still very enthusiastic and want to go with the flow, to be realistic all the way and equally imaginative with everything thrown at them. ISTPs love to label themselves resilient and are fantastic businesses in times of crisis.

G-INTP
They have only a total of 3% of the world's total population, but it's a rare form of personality, which is not quite sad for them because they hardly like being famous. They're really creative and they're philosophers. Responsible for quite a variety of scientific findings, INTPs in no time process theories into rational logic. They are abstract thinkers, and they work very well for them. Besides, they're still very passionate and open-minded. They welcome ideas and always make people feeling that their ideas matter, giving them life to friends. However, all is not well for them, because they are very absent in their heads, and they keep on guessing the choices they make.

H-ENTP
Although the ENTP personality form is essentially the Devil's warehouse, they love to drift all apart. They're more interesting, and they tear stuff apart just for fun, not to get something out of it. ENTPs are renowned for their swift wit and are very knowledgeable about everything about them. Fast thinkers, they are considered to be agile and to be able to turn ideas. Although they come up with original ideas, their attitude makes them lazy to solve the problems that emerge. Their wit and words make them fascinating to others, making it easier to earn people's trust. They're still disrespectful and find it very difficult to concentrate on things, which is why they hate it when things get practical.

These are just the first eight, if you haven't yet seen your personality type, I'm sure you'll see it soon.
Stay tuned, and feel free to share your thoughts!

I enjoy writing about just about anything, just as much as people enjoy gaining information on just about anything. I am a professional when it comes to research, which gives me the chance to write and share about all the new things I've learned about. I am a strong believer of 'sharing is caring.' Every opportunity I get to learn something new, should be an opportunity for others too.