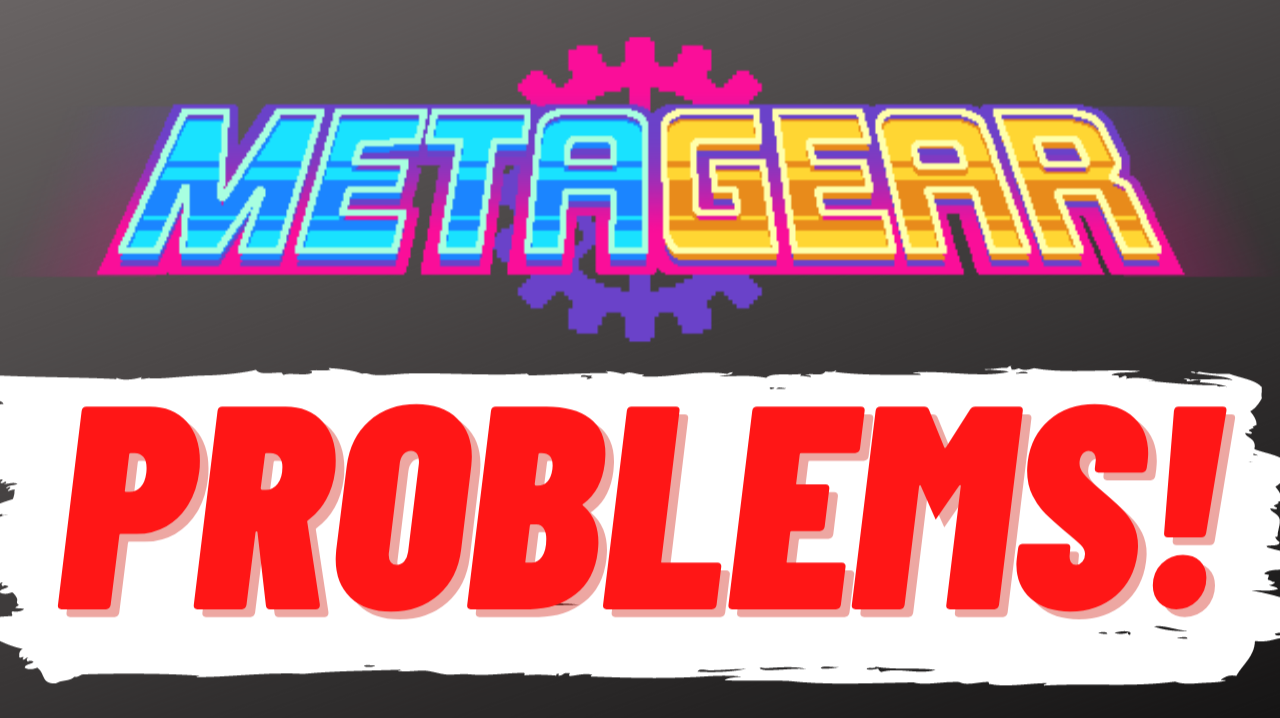 Metagear NFT game debacle and suggestions on how to fix it

Metagear NFT game debacle and suggestions on how to fix it

Welcome readers, today we are gonna talk about the GameFi project Metagear and the disastrous launch it had yesterday, for people who haven't heard about this project, I will give a brief explanation for the reasons that caused it and I will give the rest of the details on the  video .

These problems could have been avoided if the developers wouldn't have created a system where investors are not truly playing a Play to Earn but merely a Play to "Trade" as the only rewards are in the form of boxes that have % to open NFTs or open ingame items, or what I call them thrash as they are worth nothing on the market. Yes you read it right, you don't win the project`s token called $GEAR by playing the game (which is spiraling out of control from 0.33$ on two days ago to losing 50% of its value, sitting currently at 0.16$), but obtainable by grinding boxes with a % of obtaining NFTs or thrash, these items you are supposed to sell them on the market and obtain "profit". which is nonsense as one of the problems that I pointed out on the video , is that this creates a pyramid scheme, where players grind NFTs to sell on the market, and are dependent on new players entering the game to buy these NFTs to obtain profits, as any pyramid scheme the moment new players stop entering the game then the economy goes to hell (as can be seen currently on the marketplace). 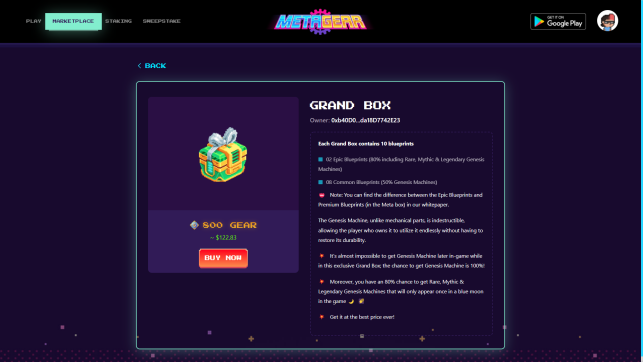 Another problem are the early supporter`s Boxes that the game had sold in the past, the worst contender being the grand box (for which I admit I bought one months ago because the project seemed like a good one) for 300$, only to find that one day after the game launched the same box is currently being sold on 127$, that's less than a half for what I paid to support the project. Now when I opened the box (Spoiler: big mistake I should have sold it at a loss) from 10 Items I got 7 thrash ingame items and only 3 NFTs, meaning that my 300$ became at best 45$ on NFTs by current price of the items. I am at the acceptance phase now so everything is all right.

After a serious bad judgement the developers decided to sell the Gear Box at 200$ which is much better than the grand box as it contained 5 items that was guaranteed to be NFTs (In contrast the grand box only guaranteed 2 NFTs out of 10 items) for 2/3 of the price, which as an early supporter I found it of bad taste. This box is currently sitting at 160$-170$ if anyone wants to spend half for what I spent for a better box Lol.

The project is currently trying to recover from the disaster that happened yesterday, I personally think that if the suggestion that I gave on the video  would be used, this could alleviate the FUD currently present, and if used effectively, attract new investors to play the game and make investors like myself recover their ROI.