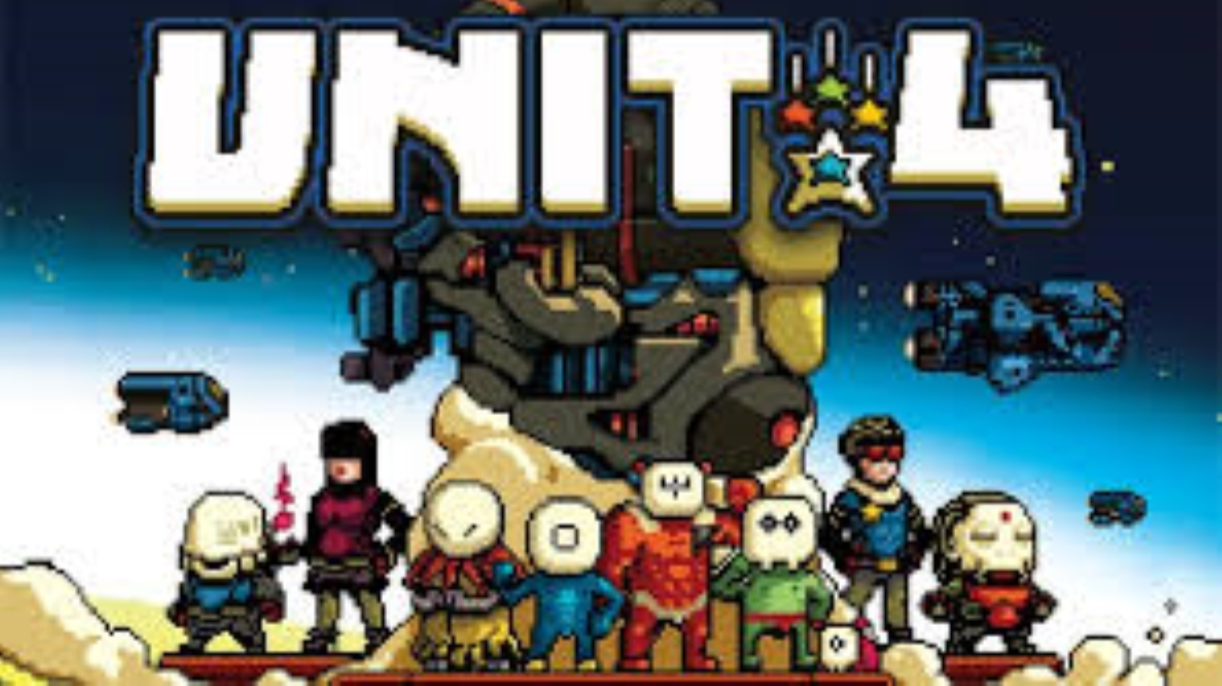 Almost 2 years after the original PC release, the independent Italian studio Gamera Interactive brings us its 2D action platform Unit 4 to Nintendo Switch, where it wants to reach new audiences and take full advantage of the potential and potential of local cooperation that pushed from the beginning. And it is necessary to say that the game is very suitable with its concept on Switch, but at the same time when playing (especially handheld) on your console you will be really worried here and there, as the game has a habit of trouble you.

But let's go straight and start with the story. It is carried in a sci-fi spirit and you can live in it the skin of four heroes with unique abilities. Someone has stolen a mysterious and powerful artifact from their world, but it doesn't stop there. Similar artifacts disappear from other worlds in this system, and you must set out on your space ship (which functions here as a mushroom and also on a map of the galaxy) to travel to reclaim these artifacts and return them where they belong. If you do not get them, it may mean extinction for the entire solar system.

So you set out on a journey across the galaxy with your team of four heroes and a total of 15 different planets await you. You can fly from one to the other, but not all of them represent some new game levels. There are actually only 3 such worlds, and each of them contains several follow-up missions, which you have to take to the final boss, while a mid-boss awaits you in the middle of each of these worlds, so the game offers a total of 6 bosses, but no you can always talk about fights with them, as the levels with these mediums are more about overcoming obstacles, when you sweat to miss them. 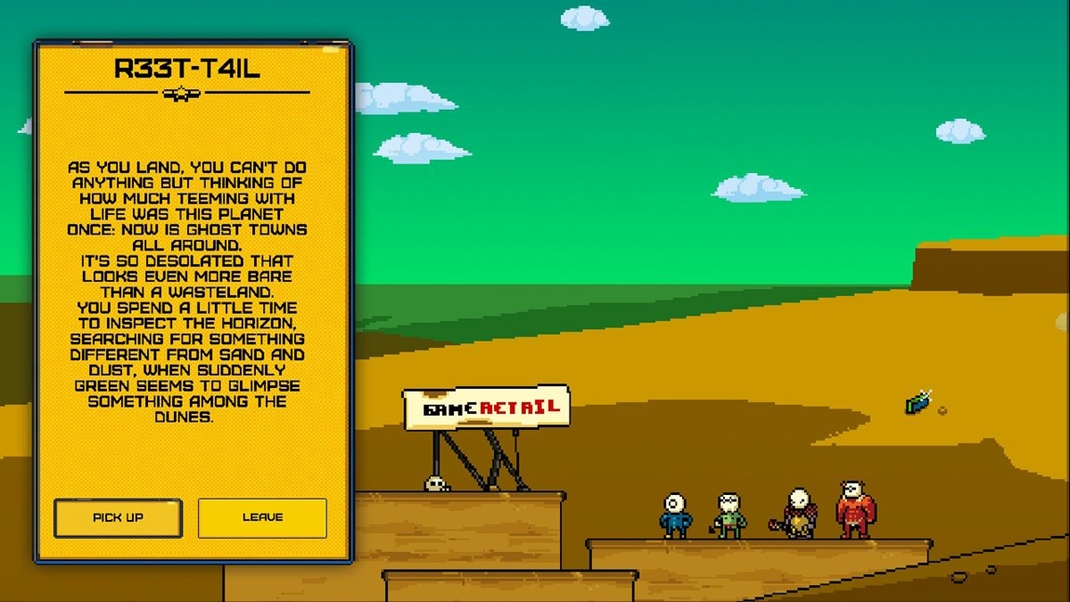 Other planets offer different content and you can find, for example, small pieces of story, minigames (which are in the game of three), or even sellers, where you can buy cosmetic items for your characters for the coins you collect in levels. The authors actually filled in the galactic map when they decided to use it in the game, but it also pauses and relaxes from demanding platforming levels, where you can breathe a moment and try one of the minigames that you gradually unlock. The game does not tell you the order in which to fly to the planets in the sector, so you can easily from the running series of missions on one planet to fly to another, where is a mini game.

Regarding the design of the playability itself, it does not deviate from the running track. The game is strongly inspired by the old school and everything depends on it. It will remind you of many of your childhood or youth classics if you are one of the older players. There is such a huge heap of obstacles, traps and deadly dangers ahead of you that you have to overcome, and here and there comes the time to deal with your fists. Of course, you are trying to collect as many coins after the levels and mainly survive.

This will often be challenging as the authors have taken care of bringing a really decent challenge. There are many dangers, and checkpoints are often further apart than you would like. There are also enough enemies. Not to mention the bosses, they will also give you a hard time. But the problem arises when you realize that the difficulty of the game is not always fair and the difficulty causes you such things as unfortunate hitboxes enemies. So you go classically forward and know that if you jump on the enemy, you will destroy him. But it is just the opposite, and only because you jumped on the enemy, but not as required by the game, but for example, more diagonally. There are more of these smaller things and they can spoil the gaming experience a little, because you start to get the impression that you often don't die because of your own mistakes. All you need is a single hit and you go back to the checkpoint 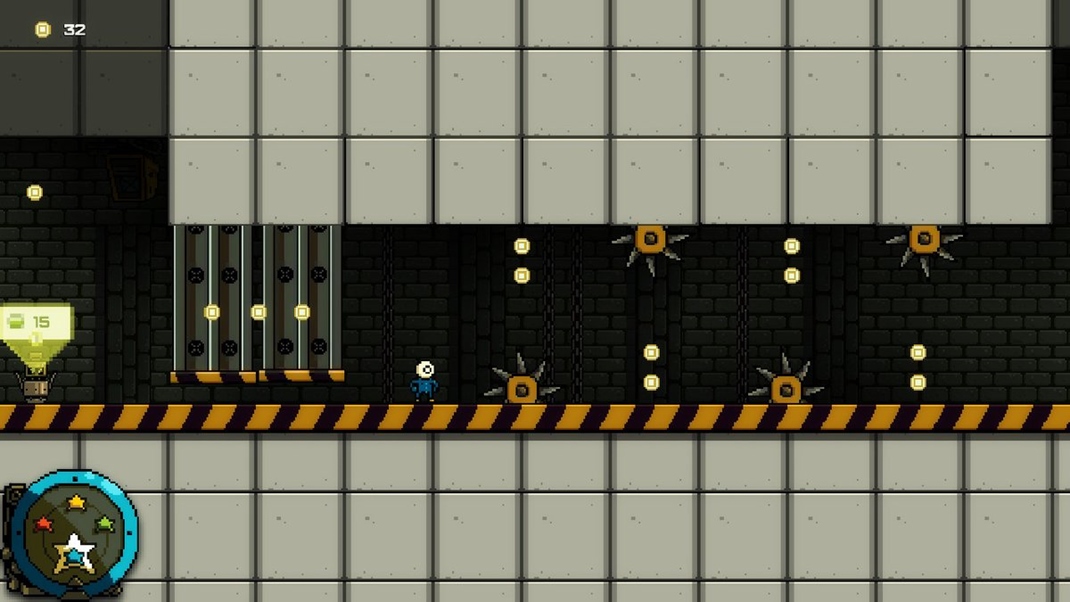 Unit 4 is best enjoyed in cooperation with three other players, each of you taking over one of the heroes. But if you do not have so many teammates at hand, it does not matter, you can play a smaller number, or you can play yourself. But to get to the end, you'll need the skills of all four heroes. Ideally, if several players complement each other, and if one dies, another player can revive him as he flies through the levels in the form of a spirit. If there are fewer players, you have to switch characters and use their unique abilities. You need to break something, you want a strong man. Changing is quick and easy.

But it can also cause minor problems. For example, a small blue doll is a good jumper and his special ability is a double jump. However, the fact that the first jump is made with a normal jump button and the second with a special ability button is a very bad decision by the authors. Moreover, in the event that the players blame the authors for 2 years and have not yet modified. Then there is the mentioned red strong man, green can climb with a rope (and you will use it at least), but the last is weak, but he can cross some obstacles and enemies. So such an interesting mix of diverse skills.

And it is this mix that Unit 4 pulls up. In addition, the fun factor is greatly influenced by whether you have a game to play with. If you are alone, it probably won't catch you, but if you have someone at your fingertips, you'll have more fun. It is a pity that the authors did not pay attention to some bad decisions. Even more pity is that they had two years to learn from player feedback. Jumping, hitboxes and other smaller things drag the experience down. As for audiovisual processing, there is also an old school game and its simple style tries to imitate some well known classics. In the end, however, the most important thing is whether you want a proper platform game, which at some moments resembles, for example, Meat Boy. If so, and cooperation smells, Unit 4 can both capture and entertain you 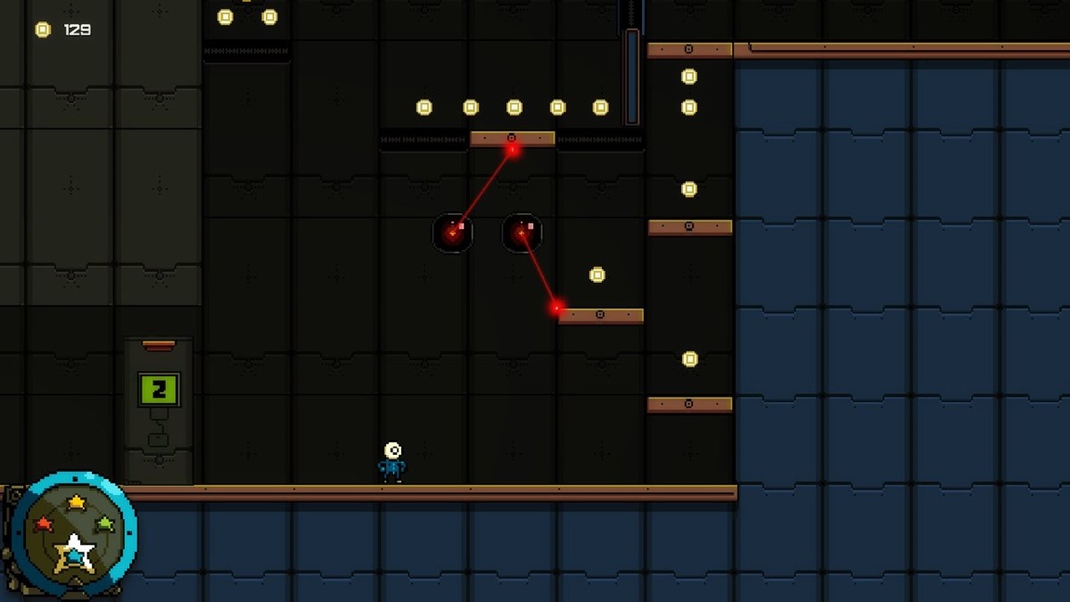