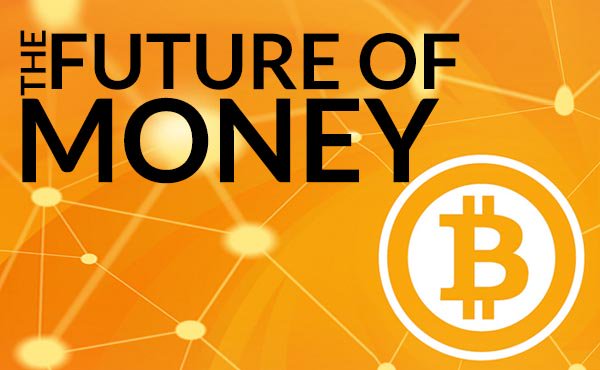 The Future of Money Starts Now

No one believed the Doom and Gloom Sayers just before the 2008 financial crisis hit.

No one believed something that big could fall apart. But it did.

Now there's something new and potentially terrible unfolding yet again.

These uprisings and protests may be nominally about race. Or Donald Trump. Or police brutality.

But what they're really about, underneath it all, is money... and hopelessness.

This is really what's driving so much anger, radical politics, and the growing racism in our society.

It’s easy to see how people get lost in the mayhem of markets and point fingers at this or that. Blame the left or right.

Fact is, something is very wrong with the global economy.

I used to be a skeptic and think everything's fine.

Do you know what FINE stands for? Fucked up, Insecure, Neurotic and Emotional.

Amid the chaos, some people—like Politicians, Central Banks, CEOs, tech entrepreneurs, and other members of the "1%"—are doing great.

In fact, there's never been a better time for the powerful and the wealthy. But the truth is, for most people, the economic situation is getting worse.

In short: While the rich are getting richer, everyone else is actually losing ground.

Look at this: there are now 2,043 billionaires worldwide, according to the report titled “Reward Work, Not Wealth.

"The billionaire boom is not a sign of a thriving economy but a symptom of a failing economic system," Oxfam executive director Winnie Byanyima said in a statement.

While 43% of American households still can’t afford a budget that includes housing, food, childcare, healthcare, transportation, and a cellphone despite unemployment rate dropping below 4% not seen since 2000.

Translation: nearly half of Americans can’t afford the basics of life anymore. What about the rest of the world?

Oxfam said that the world's elite mingled at the World Economic Forum in Davos to care about the plight of the world's poor.

GIVE US ALL A BREAK.

The three richest Americans have the same amount of wealth as the poorest half of the U.S. population.

Bill Gates, Jeff Bezos and Warren Buffett are the three Americans whose combined wealth matches that of the poorest 160 million Americans — about $250 billion.

Does that take your breath away too? It should. And yet it might not come as a surprise.

The wealth of the super-rich increased by $762 billion in just 12 months to March 2017 which is enough to end extreme poverty seven times over.

Chief executives of the top five global fashion brands made in just four days what garment workers in Bangladesh earn over a lifetime.

"The people who make our clothes, assemble our phones and grow our food are being exploited to ensure a steady supply of cheap goods, and swell the profits of corporations and billionaire investors," said Byanyima.

The statistics say there’s an even chance you’re…living it. What a grim and bizarre reality. Half of people are effectively poor in the 21st century. What the?

The middle class income lifestyle is going to get much, much worse.

They're indebted for life, with no real way of ever not getting out of the trap.

According to Mark Goldring, chief executive of Oxfam, the statistics signal that “something is very wrong with the global economy.”

"The concentration of extreme wealth at the top is not a sign of a thriving economy but a symptom of a system that is failing the millions of hard-working people on poverty wages who make our clothes and grow our food," he said, and while he is right, the rich have little incentive to actually do anything about this record wealth divergence - besides pretending they are horrified by it, of course - at least until more Brexits, and more Trumps emerge, and eventually, a global uprising against the super wealthy.

“Inequality is reaching such extreme levels that it might actually be bad for really wealthy people because it’s slowing down economic growth and leading to political disruption,” said David Hulme, an expert global development at the University of Manchester.

Why? Crony capitalism, fiat money, debt economy, inflation... and now you have a war on currency with each nation vying to weaken their own money to compete with one another.

Egos who have no qualms about stealing the wealth from the people for their own self-interest, power and monopoly.

Whats more, middle class incomes haven’t risen for half a century. But the cost of living has exploded..skyrocketed..gone supernova.

Healthcare and education didn’t cost as much as a house in the 1970s, or even the 1980s. And houses didn’t cost more than the average person would ever make in their lifetime.

The New York Times did a story on the situation in Hong Kong and found the terrible conditions people are living in despite being dubbed one of best cities for startups comparable to New York, London, San Francisco or Singapore.

1 in 5 people are living in poverty in Hong Kong living in a 'pigeon hole/cage/coffins' 48 to 160 square feet.

Now imagine a citizen working his ass off 12 hours a day, six days a week, making $5.75 and hour trying to pay $512 a month rent for that after paying food and living costs.

All that pent-up anger like a coil being winded to its breaking point. All it takes is just one more turn and all hell would break loose.

That's what all the rioting and protests is about. The rest is just noise. An excuse to unleash their dissatisfaction and fury.

Is this the 1300s? What do we call a population that live in this situation and in debt? We certainly don’t call them free in any real sense. They’re the modern equivalent of serfs or peasants — who are born owing, and who will die owing, a fictional, unpayable amount.

Being in debt is an incredibly stressful way to live.

In that sense — it fails to really get to the root of the problem here. If the majority of people in a rich society are poor now…even though they’re “employed”…then clearly the problem isn’t the people…it’s the system.

The monetary policy of fiat money and crony capitalism.

Work hard, play by the rules, become something, someone worthy. Be a teacher, engineer, writer, coach, therapist, nurse etcetera.

What do you get? You get your pension “raided” (read: stolen), you get your income decimated, you get your savings decimated over time by inflation and banks get the bailout but you get preyed on in every way a predator can dream of.

It’s the poverty of a middle class becoming a new poor.

It’s people who expected to live better and better lives finding themselves in the grim, unfamiliar predicament of never being able to reach them, no matter what they do. Except maybe sell out and become one of the predators.

What happens when that takes place?

Something strange, something difficult, something paradoxical and backwards.

Nobody likes to be called poor — because living in a hyper capitalist society, poverty is stigmatized, scorned, mocked, and hated.

It is a monster of our own making.

The world is full of people who want to control our money.

Giving up control over our money has been the biggest mistake.

This increasingly bleak backdrop does not mean we are all doomed.

In 2008 Satoshi Nakamoto decided to launch the first block of bitcoins (genesis block) and embedded in this block was the text:

The Times 03/Jan/2009 Chancellor on brink of second bailout for banks.

For the first time ever since 2008, people can now easily opt out of the fiat system.

The doors of choice are wide open. It started with 1 lane, 5 then 100, now there are thousands of lanes ready to give people an easy opt out from the dollar, yen, pounds, yuan, francs...

That's what people are doing in Venezuela, Zimbabwe, Hong Kong, China, Turkey.... people can no longer be taken hostage by the government.

Longer-term, the “digital gold” narrative for bitcoin will continue to gain relevance amid extreme monetary policies and rising geopolitical tensions.

However, the relative size of bitcoin’s market value compared to gold, for example, also makes it a tempting opportunity for investors starving for assets with above-average growth potential.

Gold has an $8 trillion market cap.

To me, the long-term total market cap for “digital gold” will be substantially higher than its physical hefty predecessor. Taking into account that millennials will be the biggest driving forces of the economy in the next 10 years.

There are only a handful of assets that largely sit outside the purview of any single government, so the demand for such non-sovereign assets could be even greater in the decades to come depending on how the effects of unconventional monetary policy shake out.

The uncertainty of the global economic landscape is the perfect storm for bitcoin to thrive.

Bitcoin was perfectly built for this...

Tough choice to opt out? Sure, but it`s a tough situation.

The opportunity cost of not holding at least a small allocation in bitcoin grows by the day, especially as the long-term outlook for conventional asset classes looks more and more bleak. (You don't have to own a full bitcoin (BTC), you can own fractions of it - 0.01 btc, 0.0025 btc, etc... )

It Is Becoming Irresponsible To Have ZERO Exposure To Bitcoin

The alarms are blaring.

This is not a drill.

We are speeding towards global financial chaos with no brake pedal.

There is an all-out economic war being carried out by two of the largest economic superpowers in the world.

Don't be taken as hostage.

Don’t believe me? Lawrence Summers, the former Secretary of the Treasury under President Bill Clinton, put it best when he tweeted:

The Chinese yuan broke 7 for the first time in a decade on Sunday night. China’s government continues to depreciate their currency in response to the tariffs and threats of President Trump and the United States.

The Hong Kong stock market is in a mini-death spiral. The charts look like prices fell right off a cliff.

There is an economic war being waged and both sides are being completely irrational.

They each are taking steps to accomplish their goals as they act in self-interest, which only makes the war even worse.

Bitcoin is presenting itself as the perfect global hedge, it will quickly become irresponsible for these investors to remain with 0% exposure to the digital currency.

They shouldn’t sell 100% of their assets and invest it all in Bitcoin, but it definitely makes sense for them to get a 1-5% allocation as insurance against the stupidity of politicians! (Remember: You don't have to own a full bitcoin (BTC), you can own fractions of it - 0.01 btc, 0.0025 btc, etc... )

Even Warren Buffett himself admitted he was too dumb to realize Amazon would succeed at this scale. He opted not to invest in Amazon when he had plenty of opportunities. He did not understand or appreciate the value of technology.

Based on an account of a Norwegian man buying 5,000 bitcoins for $27 in 2009. I had to recheck my calculations 3 times to make sure I had the right figures which amounted close to $2 billion. Note: Of course in those days, it’s extremely difficult to find and buy bitcoins.

If only the majority of investors were patient enough… Food for Thought!

Chariting your Cyrptocurrency World 1 Block at a Time 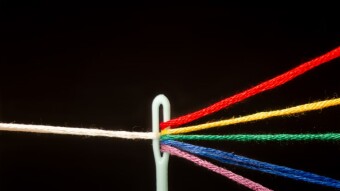