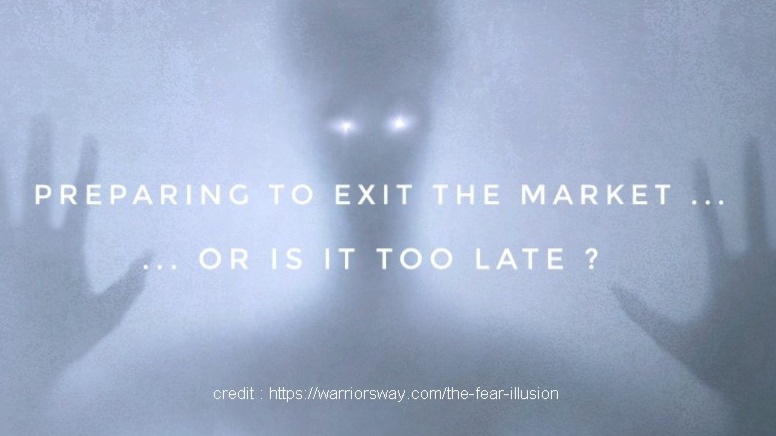 Preparing to exit the market … or is it too late ?

Are the bears already here ?

On saturday (17/04/21), I wrote a post (see here) on my strategy to exit the market before the coming of the bears. But the next day, the price of the bitcoin crashed. So, did I miss the point and are the bears already there ? 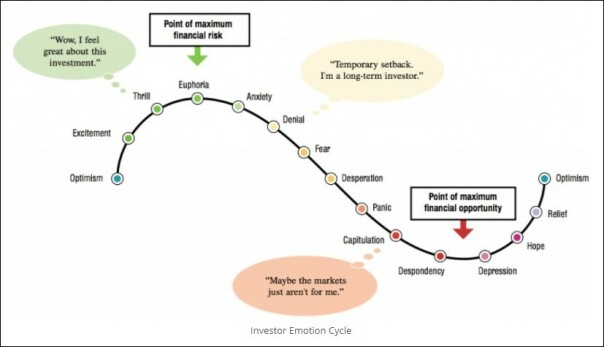 My post explained that I thought we were just before the begining of the « euphoria phase » on the investor emotion cycle. I explained how I was about to detect the euphoria with the help of google trends.

But I might have been wrong. We could already have skipped the euphoria phase and be at the start of the anxiety phase. We’ve seen, last week, the rise of the DODGE coin, which is nothing else than a meme coin. A shitcoin is bought by newcomers who don’t know the cryptoworld but think DODGE is the new BTC. This is a strong indicator of the euphoria phase. I might have missed it. If we look at google trends we have had two tops in crypto searches. This also could be an indicator of the end of the euphoria phase. The fear and greed indicator from trading view is on «greed (73)». And last but not least, after this dip, I do feel anxiety.

As a conclusion, I would say that the end of the bullrun is not there yet. The fundamentals are good. A dip in the bullrun is nothing else than normal. If we zoom out this is a small dip. And we have not had the final vertical rise of the BTC price as we had in 2017.

So I don’t think the bullrun is over … well I hope not.

As Pierre Dac used to say : "it is too early to say it is already too late" !

Happy to have your feedback.

Newcomer in the crypto world, living in France, BTC and ETH hodler.