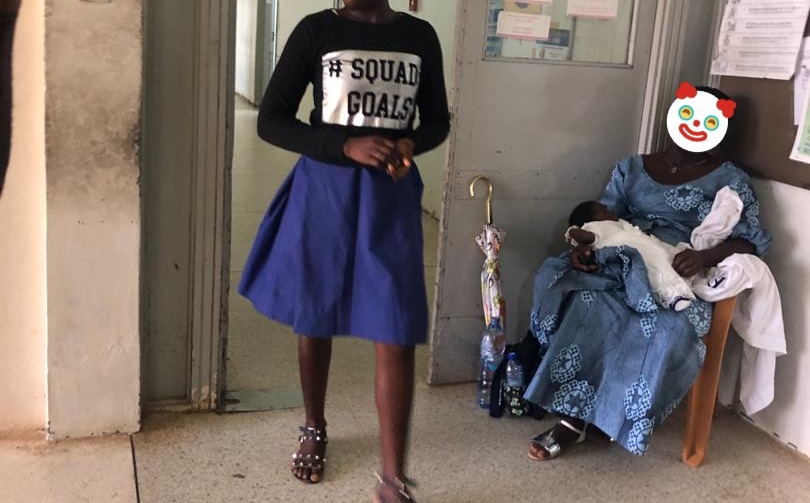 I've been at the Tetteh Quarshie Memorial Hospital, Mampong since morning because my mum will be having a surgery today. The hospital was named after Tetteh Quarshie, the first man to plant cocoa in Ghana. He brought it from Fernando Po (hope I got the spellings correct) and because it was illegal to take cocoa seeds out, he swallowed them and when he got to Ghana, did his thing to get back the seeds and plant them. Now Ghana is a major exporter of cocoa meeting about a quarter of the world's cocoa needs.

Whiles standing there, I got to see people who were coming for medical attention and hear the conversations going on (I wasn't eavesdropping). To my utmost surprise, there were three teenagers there. I've been hearing in the news of teenage pregnancy and I've only known about it in terms of statistics. Today I got the chance to see one girl in junior high school and two girls in senior high school who came there today.

In the African culture where sex is a big deal and teenage pregnancy frowned upon, it's a shame that authorities are paying little attention to people in school. One of the girls who was in senior high school (I know this because of their uniforms) came there alone and wouldn't allow the nurses to call her parents or anyone for that matter. Her story was, she got pregnant and her boyfriend gave her some medications to take an abort the baby (abortion is illegal in Ghana). She was having severe pains throughout the night and that's why she's come there today. Her boyfriend didn't accompany her, and I'm guessing it's because he's above 18 and the girl would be around 15 years (it's an offence to sleep with anyone under the age of 16 even with consent).

I looked at her and I was sad. Her parents most likely believe she's in school studying hard but she's in the hospital. I was wondering what would have happened if she had died in boarding house (she's a boarding student "from the conversations I heard") from complications of trying to abort the baby. Her parents would probably have marched to the school and blamed school authorities for death even before any investigations would be done. If someone sbould ask them about their daughter, they would probably tell everyone how holy and innocent she is.

The 3 girls will be around the ages of 14-16 (I'm guessing) and it's a shame that such a thing has become "normal" to the nurses and those who visit the hospital often. Something needs to be done and quickly because if things continues this way, I wonder what will happen to the future of Ghana. We have kids who aren't old enough becoming parents. How can they take care of their children?