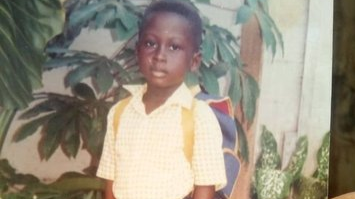 Is it that kids this days don't respect, or I'm the one who expects too much from them.🤷🏾‍♂ I remember when I was a kid, adults around me were also saying kids of our time don't respect. Is it just something every adult says, or things are getting worse by the day?🤔

When I was in primary school, you greeted almost every adult you meet in your way to or from school. This days, parents tell their kids not to talk to strangers,🤐 so kids feel even greeting someone you don't know is also talking to a stranger. I don't know if not talking to strangers is a problem on its own or it's a solution to a problem.🤫

I believe when they are told not to acknowledge adults,🙅🏾‍♂ that's when they start abusing it and decide not to even take corrections from adults and hence, start disrespecting adults. Is bad parenting the cause of our woes? Governments👨🏾‍✈️ now interfere in how kids are raised and have even more rights to children than their parents and guardians.

When I was younger,👩‍ whenever I watch a western movie🎬 and I see kids being allowed too much freedom, I was happy🕺🏾 about that and wish that would be extended to Ghana.🇬🇭 As I get older, I've realised that such freedom is the reason why the western cultures are suffering now. Society has broken down.

Some parents👨‍👩‍👧‍👦 have taken up a new "skill" where they don't say "no" too often to their kids. Who thought them that?🤦🏾‍♂ If your kid doesn't know what's wrong,❌ how do you expect the kid to know what's right?✔️ Everything becomes a yes because there's no no and then they start misbehaving.

The West says caning your child is abuse which causes depression and some long terms problems. I was caned when I was a child but I'm not depressed and I don't believe I've been traumatized by it. More children are abused, traumatized and depressed now where punishing a child and saying no has been pushed to the back.

I miss😊 the days when I was younger where if you do something at home, your parents can bring you to school to be whipped. Now when teachers👨🏾‍🏫 cane children, parents take them to court. Looking back, I miss the old days.