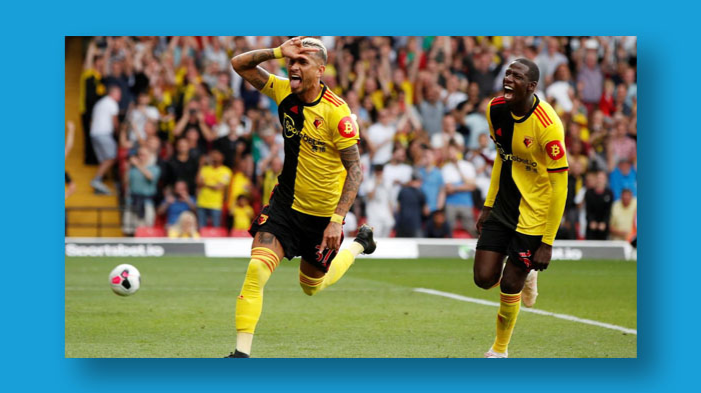 It has been an amazing premier league matchday so far, yesterday’s matchday 5 actions saw some really exciting fixtures and some unexpected ones. The Norwich vs Man City result was one of those fixtures were many didn’t see it coming. Today was the continuation of matchday 5 as Arsenal were involved in their clash against Watford at the Vicarage Road.

Watford are having a very poor season, very much in contrast to how they kicked off their premier league campaign last season. At the moment, they are yet to win any game this season with a current form of 3 losses in a row and their recent back to back draws. It hasn’t been an easy start for them so far this season in terms of performances and results, however, they have shown improvements in their last 2 games and their current result against Arsenal is a good achievement. The good news for Watford is that we are still very early into the season and there is still enough time for them to get things in order and start earning positive results.

Arsenal’s last 3 premier league games have been nothing short of disappointing in terms of results as they’ve since declined after their back-2-back wins in their first 2 games of the season. Their current form so far has seen them win 2 games, lost 1 and drawn their last 2 games. This game against Watford was one of those fixtures were many expected Arsenal to get the job done against a team who have been in poor form, however, the gunners will be highly disappointed to throw away a 2 nil first-half lead to leave the Vicarage Road with just a single point. 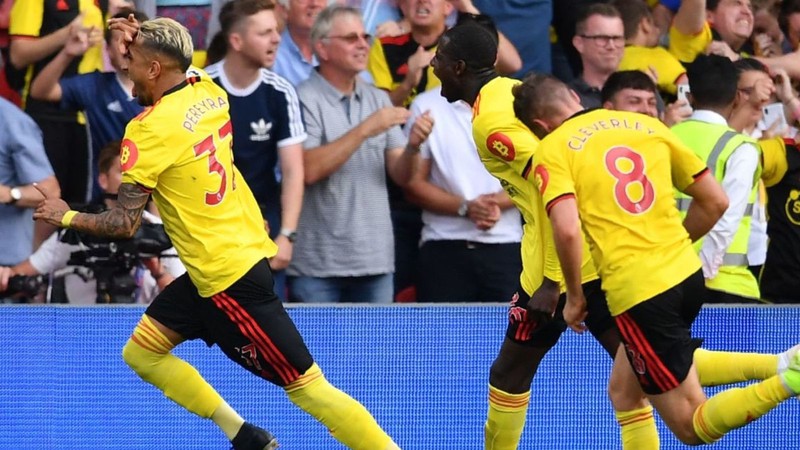 It was a very good atmosphere at the Vicarage Road as fans were all excited for the game.

Watford setup in a 4-2-3-1 formation with Grey leading the line in attack, while Arsenal setup in a 4-1-2-1-2 formation with Aubameyang and Pepe as the two strikers. Both teams had a pretty good first half and even though Watford had more possession of the ball and more shots, it was Arsenal who finally ended the first half with a 2 goal lead. The second half began similarly, but this time, Watford looked even more dangerous and their continuous pressure finally paid off as they ensured that they share points with Arsenal.

Aubameyang scored the first goal for Arsenal in the 21st minute, receiving the ball inside the box and using his quick feet to dispatch the ball home.

Aubameyang doubled the lead in the 35th minute with a cool tap in from a squared pass.

Tom Cleverley restored one back for Watford in the 53rd minute, being at the right place at the right time to fire home after a capitalized defensive error fell to his feet for a clean strike.

Roberto Pereyra scored the all-important equalizer to secure the point for Arsenal at home.

Single points each for both teams. For Arsenal, they will be disappointed to have drawn the game after taking the 2 nil first-half lead. For Watford, they will be pleased to have pulled off a comeback to hold Arsenal to a 2-2 draw. This post can also be found on my scorum blog