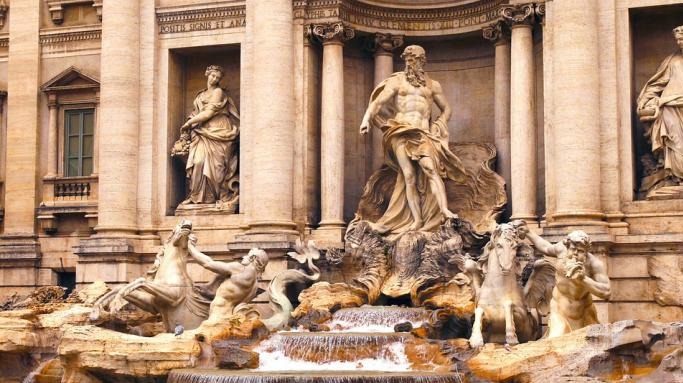 In the early stages of the republic, ruled aristocracy,  the richest social strata. The Government Offices were not paid (on the contrary, they had to have their own material resources), so poorer citizens could not apply for high state positions.

There was a conflict between plebeians and patricians that lasted over two hundred years. One of the reasons for disagreement between the two strata was the huge differences in property.

The plebeians understood their power of influencing governments and enforcing privileges. They constituted a large number of people. They fought for their rights by organizing general strikes.

In 494 B.C.E. as a result of the plebe strike, an agreement was concluded between the social strata, according to which the office of   People's Tribune was to be established to defend the rights of plebeians. The plebeians also demanded codifying their rights, which they managed to do in 451-449 B.C.E. Then the Law of XII Tablets was introduced. During the fifth century, the plebeians managed to significantly improve their position. In the social sphere, marriages between plebeians and patricians were legalized in 445 B.C.E.

In addition to class struggle, the other important social problem was the problem of slavery

The territorial expansion Rome's get more and more slaves. In Rome, the view was formed, that the slave was a thing. He had its owner who decided his fate. The state did not interfere in the affairs of slaves, whose life their master decided. Their position deteriorated as the number of slaves increased. Soon armed protests against oppression followed. The first such revolt took place in Sicily, and the last in Capua.

The most significant and famous rebellion was the rise of gladiators under leader Spartacus 73-71 B.C. Spartacus gathered around 120,000 rebellious slaves under his leadership. Despite numerous victories, his chaotic but very numerous army was broken up by much smaller Roman legions.

When we focus on the functioning of the Roman Republic, we see that the democracy had pros and cons. The cons eventually led to the fall of the Republic in 27 BCE. and the creation of the Roman Empire.

Let's start with the pros of the Republic:

a) codification of plebeian rights and introduction of the Law of XII Tables; some Roman laws still exist today,

** Tiberius Gracchus was a people's tribune in 133 B.C. He introduced land reform, which consisted in giving land to landless peasants. The reform covered public land in Italy, which until now had only been used by noblemen. Unfortunately, he was murdered by order of the nobles.

* Gaius Grakchus - Tribune Folks in 123 B.C.E. he organized an alliance of all social groups dissatisfied with the senate government (mainly nobles sat in it), which initiated the emergence of a popular party. Supporters of the senate were called optimists (the best). Gaius Grakchus proposed the creation of new colonies in Nateren Capua and Taranto in Italy, in which landless peasants would be settled and land plots would be granted. In addition, he wanted to settle citizens in the area of ​​former Carthage. After his term as a Folke's Tribune in Rome, riots broke out provoked by optimists, in which several thousand people died. Gaius died at the hands of his slave, so as not to fall into the hands of enemies.

c) in the years 104 - 100 BCE Gajusz Mariusz reformed the army, which resulted in the establishment of a mercenary army = a professional army. From now on, every Roman citizen could enlist in the army - equipment supplied by the state. The service lasted 16 years. Legionaries received pay for their service. Veterans could obtain land after leaving the service. So much depended on who commanded - the soldiers loved the victorious commanders, whom they were blindly obeyed and whose importance began to grow rapidly.

g) the flourishing of culture and art with which the conquered nations began to identify,

i) freeing slaves and improving their existence

However, the minuses were that:

b) the political system of the republic did not "fit in" with the size of the empire. It was typical for the city - state,

c) the tax system was inefficient - each province was obliged to pay tribute and taxes. Unfortunately, they were not collected by government officials, but by "companies" who were leased and they were getting richer. In addition, the amount of taxes did not depend on income.

d) there was no permanent army - military service was obligatory for all land owners between 17 and 46 years old. With the impoverishment of the part of society that lost land and joined the ranks of the proletarians, the number of potential soldiers also decreased, while the area of ​​the state that had to be defended increased significantly.

e) Rome was still a city - a state with a limited number of citizens. The dissatisfaction of the allies who demanded that they be granted civil rights grew.

f) the rise of Spartacus 73 BCE - 71 B.C.E. - the largest slave uprising in ancient Rome initiated by Spartacus, a gladiator from the school in Kapui. Slaves were defeated by the Roman army. commanded by Mark Krassus in the battle of the River Silarus in 71 B.C.E. Spartacus was killed in the battle.

g) there were individuals who no longer wanted the republic's system because they wanted more power. They were either the leaders of the victorious armies or the richest - they began to compete for power, which led to the outbreak of civil wars in the first century B.C.E.

h) the rivalry between optimists and popularies plunged the Roman state into a civil war. It was not only the rivalry of two parties but also two social strata and two visions of the state.

As a result of the dictatorship of Lucius, Cornelius Sulli 82-79 B.C., the First Triumvirate - 60 B.C. - Tied up by Gnaeus Pompey Magnus, Marcus Licinius Krassus and Gaius Julius Caesar and rivalry for power between them and then the outbreak of the civil war in 49-45 BCE and Caesar proclaiming himself a dictator, the Republic began to shake in its positions. Julius Caesar was murdered in 44 BCE. as a result of a conspiracy of 60 senators. After Caesar's death, there was a civil war for 2 years. Caesar's followers formed the Second Triumvirate and divided the Republic into three parts: Marek Antonius received the eastern provinces along with Egypt, Marek Lepidus managed Africa, Gaius Octavian managed the western provinces of the empire.

Gaius Octavian stayed in Rome where he significantly strengthened his position. He turned against Marek Antony. A civil war broke out between Mark Antony, associated with Cleopatra VII, and Gaius Octavian. In 31 BCE Marek Antoniusz and Kleopatra were defeated in the battle of Actium. Gaius Octavian, who in 27 B.C.E. took over full power in Rome. he abolished the republic and created the Roman Empire, becoming the first Roman emperor - Octavian Augustus.

Apart from cryptocurrencies, my passion is photography, gardening and traveling (also culinary). So this blog will be about flowers, interesting places and good food. All photos on this blog are taken by me 🌾🌼🏫