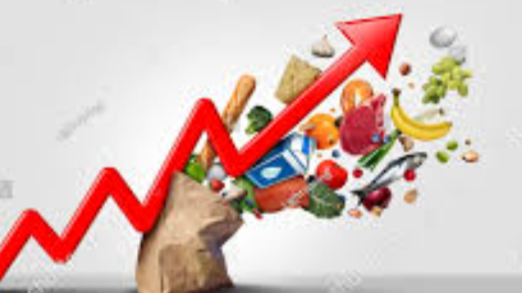 Inflation, Deflation - What are they, what is next?

Inflation, Deflation - What are they, what is next?

Well the USA is on its way to Hyper-inflation, as the HOTTEST CPI print in 40+ years came in yesterday!

Inflation is caused by expanding money supply faster than economic growth. This is what Central Banks drive and is very hard to gauge as its very volatile. Inflation is always a monetary phenomenon inflationdata.com - avg 3% per year  Inflation is a slow continuous official reset - hence why they try to control it so much! Governments love Inflation and will not do anything to stop it!  They will issue propaganda in/around it claiming how great it is to have; what they fail to share is its great for them. It beats down the middle class into lower class and the lower class into serfdom.      Very simply: People whose incomes and wealth are manufactured through their asset base become vastly wealthier on a relative basis. People whose wealth is tied to their labor and wages become vastly poorer. Inflation penalizes wage earners to the benefit of asset owners.

Inflation is a form of a Hidden Tax - “Inflation is one form of taxation that can be imposed without legislation.” – Milton Friedman it's a lie, its NOT required - I.E. Industrial revolution took place with Zero inflation. Every eight to 10 years, inflation cuts the wealth you have in cash by half. Thus cutting your ability to get ahead financially. Another form of confiscation! Wake Up! There is no ceiling on inflation, it can run and run higher.

Inflation is Sticky - Inflation is more than the price of goods, it works against your savings (401(k), savings account, Inflation doesn’t always occur immediately after an increase in the money supply, due to what economists call “lag factors.” Lag factors normally delay inflation for 18 – 24 months (AKA Cycle is called Procession and Lag) it starts in goods and moves to services.  In 1999, Fed Chairman Ben Bernanke wrote a paper, along with several other authors (Laubach, Mishkin, and Posen), that examined past periods of inflation and determined that a two year lag was the most common estimate they encountered in their research. What Bernanke and his co-authors discovered is that the positive impacts of increasing the money supply occur much more quickly than the negative impact of inflation. During and after World War I, Germany wanted to raise money for the war without raising taxes and then she was forced to pay about $33 billion in war reparations that she did not have. The German government decided to just print more money, rather than raise taxes and they printed lots of it!

Government Politicians and bureaucrats follow the same script when the economy and finance start unraveling or when things aren’t going their way. They want to bring about "Price controls, bank freezes, higher taxes, rationing items, confiscations", and lots more. Their favorite is waging war!. Inflation wallops the system as well. Production and free commerce get disincentivized. Investments dwindle. Rationing becomes the norm. Premiums and overpriced spread everywhere. The black market surges. People lose the reference of value, cost, worth which impact systems and societies on a grand scale.

What else impacts inflation?

In the final stages of an inflation driven crisis the general public becomes indiscriminate in their purchases of goods, even to the point of selling property in order to survive. A currency which no one wants then loses all its objective value for transaction purposes.

All inflations eventually end in deflation! Can you survive till then?

Hyperinflation - technically 50% inflation running for two months or more... on the other hand, it is a SHTF scenario: a sure sign of a failed, collapsed country and society! Almost nothing works... It’s basically survival mode for everyone. A very fluid process, a great tsunami of dislocating, and destroying! Recall all 'Currency' was time stamped for expiry, IMF has a plan for time stamping currencies too. What are you relying on for the next phase?

Deflation - is very hard to combat by Governments. It decreases the Money Supply.  However, all deflation events since 1830 were set off by excess credit in the system Adds to the Debt Burden.

When the appreciation of a currency becomes a problem. People and businesses to hoard cash rather than spending and investing it, which reduces demand for products and services and puts downward pressure on prices. Governments don’t like deflation due to not being able to steal that future value of wealth! I.E. the value of the currency is worth more in the future than it is currently.  Worst case - deflation gets so bad no buyer regardless of how low the price goes

Negative rates hit the principal and show your currency is worthless! Debt + Deflation = Bankruptcy (let that sink in for a few)

Summary - Do NOT look to the Nobel economists who were dead wrong on no inflation inbound. Don’t expect an apology, nor for the MSM to track them down after the fact and ask what happened to their data models.  Something about this one feels very different, the USA is the most heavily indebted nation in the history of the world. We don't a leader with the stones like Volker did in the late '70's, watch for the weak men in powerful positions to make the situation even more dire!  Does everything feel alright to you? Feels like the USA has been hollowed out for a great break up , I envision that all other readers across the global can see and feel this same thing. Not by accident, by design. What happens when you combine a Food Crisis with all that above?