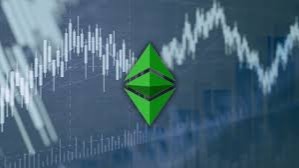 Ethereum Classic Outperforms Bitcoin In 2022: Here’s What Led To The Breakout!

Bitcoin (BTC) has long been touted as the world’s leading cryptocurrency. Well, that’s not the statement anymore! Instead, Ethereum Classic (ETC) (not to be confused with the world’s second-largest crypto Ethereum) has taken the lead, outperforming BTC.

But, what made the Classic version rally up? What does it indicate for the future of crypto? Let’s find out!

First launched in 2016, Ethereum Classic (ETC) has held its position in the crypto markets for six years. Launched as a permanent split from Ethereum (ETH), the crypto performs independently over its Blockchain. Additionally, ETH is also capable of supporting decentralized apps and smart contracts, also offering its tokens.

What makes the token unique is its ETC Blockchain. The platform utilizes its proof-of-work protocol to validate transactions. Besides, ETC also uses a proof of stake consensus mechanism to ensure it maintains the environment’s safety concerns.

Tracking Down The Movement Of ETC Over The Past Month

Thanks to the latest improvements in the cryptocurrency values and new development efforts on the Ethereum Classic network, the ETC price has grown dramatically. As a result, the market has witnessed a sharp uptrend in the price of this particular crypto since the beginning of 2021.

The best part? All of this happened despite the cryptocurrency market's volatility. However, when viewed from a technical analysis, such a rise is not unusual. So, let's have a look at what may have sparked the significant rise of ETC:

We’ve all probably known and would agree that the proof-of-work protocol authentication model is more decentralized and secure. And the fact that Ethereum is all set to pivot towards a Proof-of-stake model towards the second quarter of 2022 will be an added benefit to its ETC sibling.

To a great extent, the recent rally of ETC in the past week is primarily connected to the upcoming launch of the much-awaited ETH 2.0. Pending its debut in June, Ethereum 2.0, the switch from PoW to PoS will add another primary point to differentiate in their list of existing ideological differences.

To a great extent, altcoin is seizing the opportunity as more miners are switching to the PoW model of transaction ahead of the change.

Several analysts have also cited this steep rise as the ‘alt season’. Coined as a period where traders are targeting altcoins amid the sluggish growth of BTC.

Experts suggest that the reason behind the movement has been due to the market position of BTC, which has primarily remained around the $50- 60,000 range for a few months now. In addition, the latest price appreciation around the traditional and less fundamentally sound cryptos might have also led to the switch of investors to ETC.”

When summed up, all such factors motivate investors to look beyond the market giants. The common concept of the current investors is: ‘buying low and HOLD digital assets until they are millionaires.

The ETC community relies on the principle of ‘code is law.’ One of the primary reasons which led to its hard fork with ETH.

Sticking to its original code, Ethereum Classic pledges authenticity and continues to remain a proof-of-work (PoW) crypto. Besides, while continuing with the same authenticity of transactions, ETC has also relaunched its emergency upgrades and Mantis Client by the Core-Geth protocol provider.

This move can be considered one of the critical factors that increased user confidence and the Blockchain’s stability in ETC.

Sentimental Value Of The Altcoin

Experts also recommend the ‘sentimental value’ factor besides the above mentioned factors influencing the price increase.

Since ETC maintains its authenticity by retaining the original Blockchain, it stands out as a piece of market-shaping currency.

As a result, ETC holds some sentimental value and appeal to the tenured participants in the space.

Data suggests that venture capital firms put around $30 billion into cryptocurrency last year, marking an increase in the investment of all the previous years combined. Adding to it, a survey also suggests that some 62% of organizations will also be jumping into the bandwagon with no initial experience this year.

The increasing confidence in cryptos as an asset class will be further backed by several financial institutions, making cryptos more accessible.

As is typically the case with cryptocurrency, opinion is split on whether general prices will rise or fall. In reality, we'll probably see both, as bitcoin is unlikely to become less volatile very soon.

However, it’s important to note that Bitcoin is a high-risk investment. Many currencies have already failed in the past, and many extant initiatives lack the basics to stay afloat.

Remember, not every coin will skyrocket in its value, don't invest money you can't afford to lose.

The entire facade of the worldwide increase in crypto regulations continues to keep the market in turmoil. With events like Russia’s ban on re-adoption, China’s crypto bans entirely, and El Salvador’s acceptance of Bitcoin as legal tender, it is clear that cryptocurrency holds a legal sight among the world’s governments.

On the contrary, even after such strict regulations and bans in order, investors are only optimistic about the market's movement. Such positivity, despite increased regulations, might only further affect the future prices of the different currencies in the market.

The latest ETC up move has kept many in disbelief! While we don’t yet know if things will work out as per the charts or whether the recent breakthrough was temporary, only time can clarify a few doubts in this volatile market.

Lastly, with the upcoming race to dominate the smart contract race, both ETC and ETH might just be valuable investments in your portfolio.

I am a chartered Accountant and a crypto maximalist who loves to write on Blockchain technologies.