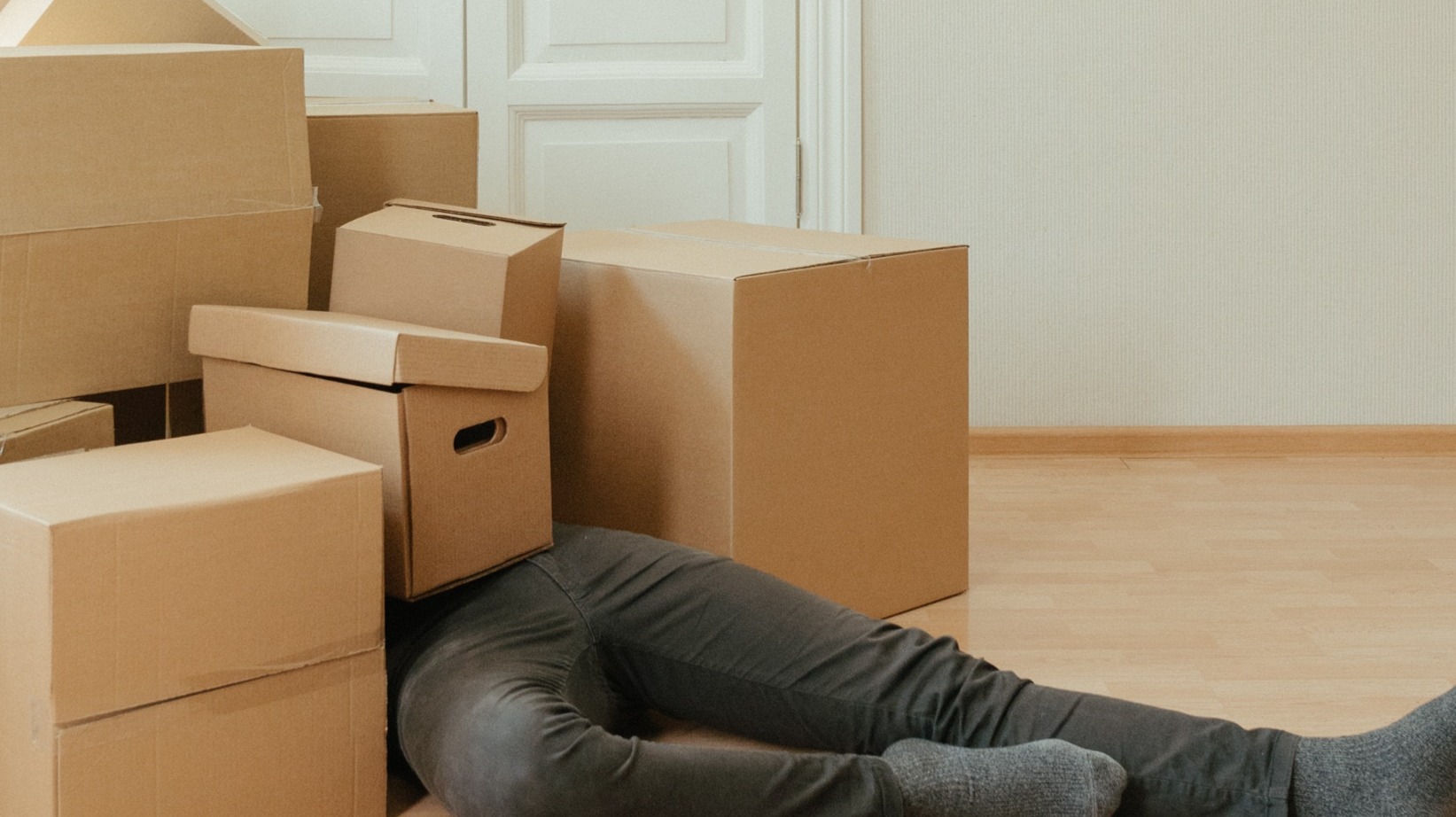 What follows is the rough script for the Earth Day podcast published here:

"A solo piece wishing you a Happy Earth Day. Consumerism into Earth Day doesn't go, the endless corporate con, wasteful solutions to false problems, mining disasters present and future, the physics of the failure to electrify, the inherent unsustainability of development, the new imperialism, the siamese twins of the apocalypse, the recovery."

More than a year into the pandemic fraud and still most believe it. Humanity is too stupid to make it out of this century.

Here's a headline from an article in the New York Post:

How many lives were saved by the mask zealotry that produced this ecological shitshow?

How many new ventilators were needed?

Can vaccination stop the spread?

Did tracing apps achieve anything at all?

Does shopping in supermarkets but not small shops make sense?

Will vaccine passports serve any health purpose at all?

Is public-private partnership anything more than the corporate state through a back door?

At the most basic level, this is simply the greatest wheeze in history, the biggest corporate con ever witnessed.

It's a con supported by anyone or any organisation which takes the lies of the popular narrative and runs with them, turning them to their own ends where needed.

Which brings us to the now corporate-sponsored Earth Day website:

which takes the opportunity to claim that the viral outbreak is somehow a "reminder" of how we're encroaching on the planet. There are just so many marketing and profiteering opportunities trailing in the wake of this false narrative and the big box environmental movement has found its own angle and fallen in love with it.

I took a quick look at the latest sponsor:

I didn't expect to find anything but, in fact, within a mere few seconds we get to see the wheeze at work yet again. Delos CEO Scialla dives straight in with some drivel, saying their filters are "down to a micron size, smaller than COVID."

By the look of his face, he knows that's a lie. The SARS-CoV-2 virus is a fraction of a micron, just under 100nm or so.

Just about anyone can get on this gravy train and start spouting garbage to sell some product. This guy's raking it in with a contract that must be be worth what, a million dollars at least? Having a good laugh and talking utter crap on the telly without challenge. The sucker interviewing just isn't equipped for this and the bullshit can take wing unencumbered.

Air purifiers as a means to tackle a virus are nonsense. But in a desperate corporate America that hasn't experienced robust economic growth in more than a decade, everyone's clearly willing to lie and be lied to. Truth is for losers.

But what in the hell does this have to do with Earth Day? And why does the Biden administration, which just announced a new, even bigger, military budget, believe it can celebrate Earth Day with a straight face?

Look at this from what I guess must be one of the leading online publixationz for the mining industry, in which mining billionaire Robert Friedland discusses his excitement at the future. The title is 'In depth interview: Friedland on the new world order' and it was published on 16th April this year:.

Nobody need be under any illusions any more. They've been looking forward to this because they think the stagnant years since 2008 are over. The COVID scandal has been the launch platform for the new world order (notice this is their phrase, no longer the preserve of "conspiracy theorists") this mining billionaire is so excited about.

And here's Goldman Sachs, salivating over the prospect of copper's soaring price, with demand expected to be driven by the renewables industry (a single wind turbine requires several tons of copper, and that's not including the infrastructure to connect them):

'Goldman doubles down: Record-high copper price within a year'

“We estimate nearly $16 trillion would have to go into green-focused infrastructure to achieve decarbonisation targets, compared to just $10 trillion in China during the last supercycle.”

And you should know by now, if Goldman Sachs are excited, you should be too.

We're even going to trash the deep sea floor with mining too.

Here's a video produced by The Economist discussing this psychotic idea:

Notice, for example, the interest in mining for cobalt. That's mostly for batteries. For Teslas and the like. For the supposedly sustainable development of electrification of our future lives.

Total known reserves of cobalt on land are about 7m tons, (half of which is in the DRC, where children are enslaved in the mining.) We're expected to be mining around a quarter of a million tons a year by 2025. This will keep accelerating and the easy stuff will go first. We'll be tearing up the seabed for batteries by the end of the decade, slaughtering who knows what life that we've never yet encountered and creating a massive dead zone poisoned by rare earth metals and god knows what else, and at the same time there will be triumphalism about reaching the UN Sustainable Development Goals in 2030.

Was Deepwater Horizon not enough of a mess?

The problem isn't sustainability, it's development. We cannot have what we call progress without this carnage.

Viewed properly, the COVID scandal should be understood as a new mode of imperial adventure. The basic idea is unchanged from centuries of rape and pillage: go forth and capture new markets and sources of raw materials. Instead of land and oil and slaves and pieces of eight, they've secured markets for their tech and jabs by invading bodies, creating neuroticism, forcing us to shop in big boxes and work online. They didn't need guns, just propaganda and a little policing. It's World War III, in fact, and Marshall McLuhan was absolutely prophetic. Society has been atomised and dehumanised, purposefully. The land has been enfenced and natives subdued, it's time for the merchants to move in. Enter people like Mr. Friedman and Mr. Scialla.

Few anti-imperialists - who, by the way, are necessarily anti-capitalists since capitalism and imperialism are the siamese twins of the apocalypse - few of them understand any of this yet, but that time will come.

The human and environmental cost is incalculable but don't worry, we've got "recovery" to look forward to now. And for all the hopeful talk of doing it with justice, those leading the charge (the corporations that benefit, the hedge funds and banks invested in businesses like those mentioned earlier, the leaders and groups they have acquired influence over) have absolutely no interest in justice.

The recovery is a desperate attempt to paper over the gaping holes in this story we call "our great civilisation" with yet more machinery, mining, a final assault on the natural world, child labour, exploitation and attempted deployment of hi-tech measures to control the population through surveillance and AI-based policing. Those who step up to resist the insanity will find themselves committing all sorts of thoughtcrime in the eyes of the state.

AI is really very artificial and not very intelligent. Hubris.

Shiny bollocks, all of it. Doomed to fail in the long run. It has to. The energy density of oil is so high - forty times that of the best batteries - and we constructed our infrastructure around it. Electrification just won't work.

The question is: how many of us will capitalism take on the way down, in the short and medium term?

In spite of all the excited talk about how locking people down (don't mention the noble sacrifice of the starving tens of millions that also resulted, though; as we all should know, vast numbers dead children in nations that were never considered human in the first place is a price worth paying in imperialism, as Madeleine Albright once told us) put us on track to cut carbon emissions, this is the reality:

"Levels of the two most important anthropogenic greenhouse gases, carbon dioxide and methane, continued their unrelenting rise in 2020 despite the economic slowdown caused by the coronavirus pandemic response, NOAA announced today."

Hey, look! They actually said the pandemic response was the cause, not the pandemic! Thanks, NOAA, for that rare moment of honesty.

But now, we're gonna try to ramp things up again anyway. No doubt we will set new records in 2021 because decarbonisation within a growth paradigm is truthfully nothing more than a shell game. It's business as usual.

By the way, a question just occurred to me: what's the carbon footprint of the -80C jab cold chain? Anyone calculated that?

Imperialism and capitalism, the siamese twins of the apocalypse, marketed to you in 2021 by Earth Day, the Biden administration and, as always, The Science, capital T, capital S.