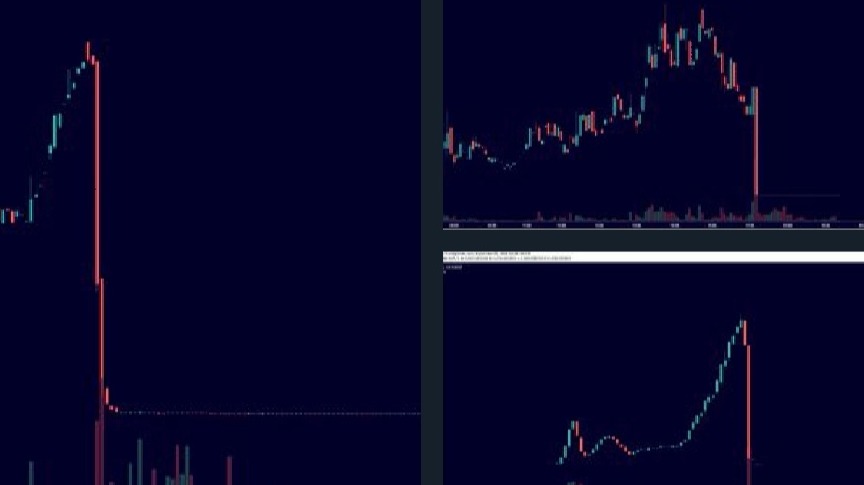 Back in the heights of the 2017 bull market, there were ICOs every week. These projects promised the moon, filled their ‘whitepapers’ with walls of technobabble, threw up sleek websites and spammed Reddit or other sites with their junk coin.

People bought them. A lot of people made money off them. But soon enough these coins all went to zero.

Remember that all money that flows in to the market also flows out. When you buy, you are buying from a seller. It is a zero-sum game. So those that bought these ICOs and held, well, the team kept that Ethereum or Bitcoin for themselves and made off like the bandits they were.

By 2018, the lessons were learned. Don’t touch these shitcoin ICOs. EOS was the final and worst of them all. They raised $4 billion. And then….nothing! It changed nothing! EOS came out, coins were received, but no breakthrough occurred. No fundamental break with current tech occurred. It was just another shitcoin. Does it have some dapps? A bit. But they had promised the moon.

In fact, that $4 billion dollars was likely all bullshit.

On this thread, user /u/BitttBurger had this to say:

This is exactly what happened.

And I watched this 24hour-cycle-ICO play out every single day for 2 months. The entire community was calling bullshit because it was obvious they were recycling funds through it, over and over and over.

Literally at the 23rd hour 45 seconds, you would see a massive spike in contributions that would stop literally on a dime. Right at 24:00 hours.

And almost no contributions would go over to the next cycle. So this was literally being done with the smart contract by somebody on the team.

There was no way a regular person could contribute ETH in the last 15 seconds and consistently get the transaction to go through with no spillover. ETH Block times are not that fast nor that reliable.

For about a month, people were calling out the team and demanding an investigation on what was going on. The team just acted clueless and said they were looking into it.

Eventually someone nailed them to the wall. Found the actual address that was doing all the funneling, and posted it on their sub Reddit. He was shouting it from the mountaintop, but there was really no reaction from anybody on the team.

It was so obvious, corrupt, and shady that I sold all of my EOS and didn’t even care if it was going to increase in value later. I didn’t want to be part of a project that was obviously manipulating its own ICO for an entire year.

They don’t have $4 billion. They recycled $4 billion through their own ICO for a year. I think it was to acquire the majority of their own tokens. Because ultimately that one address was holding most of them.

By all means. Someone start an investigation. Please

What does this have to do with De-Fi?

It’s just the ICO-craze over again, but this time instead of offering ERC-20 tokens with promises of solutions for problems that don’t exist, the techno-babble runs on a different theme of “decentralized finance” and “yield farming” and “asset accumulation”. “non-custodial protocol”. “interest-rate sharing”. “liquidity pooling”. “permissionless cross-chain atomic swap”. Now, to be clear, these are some pretty cool things. It would be cool to be able to swap currencies across all blockchains and earn interest on collateralized assets.

But that isn’t what’s happening.

Instead its just another meme of moonies looking to score. Some will win. Most wont. As seen here.

Here’s some more charts for you. 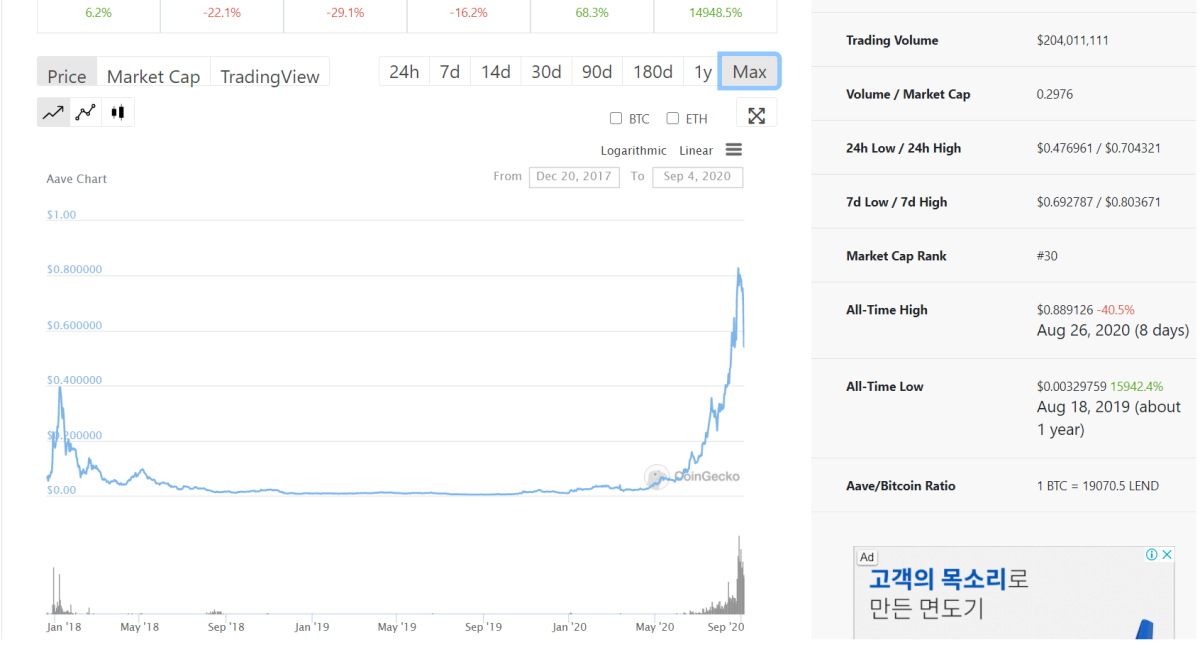 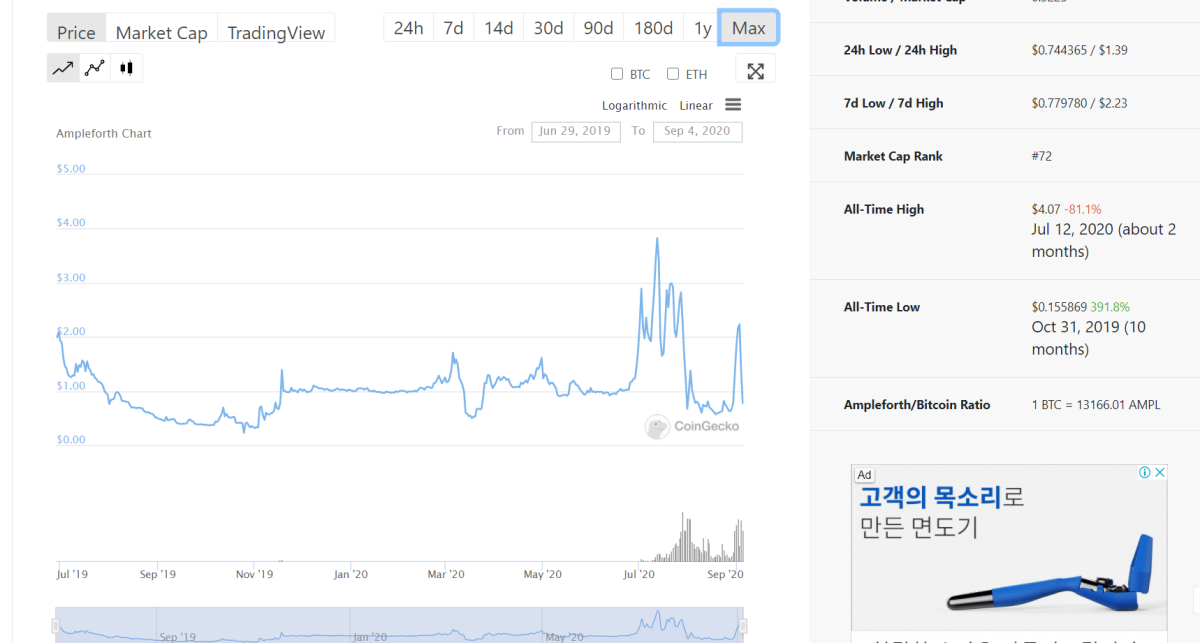 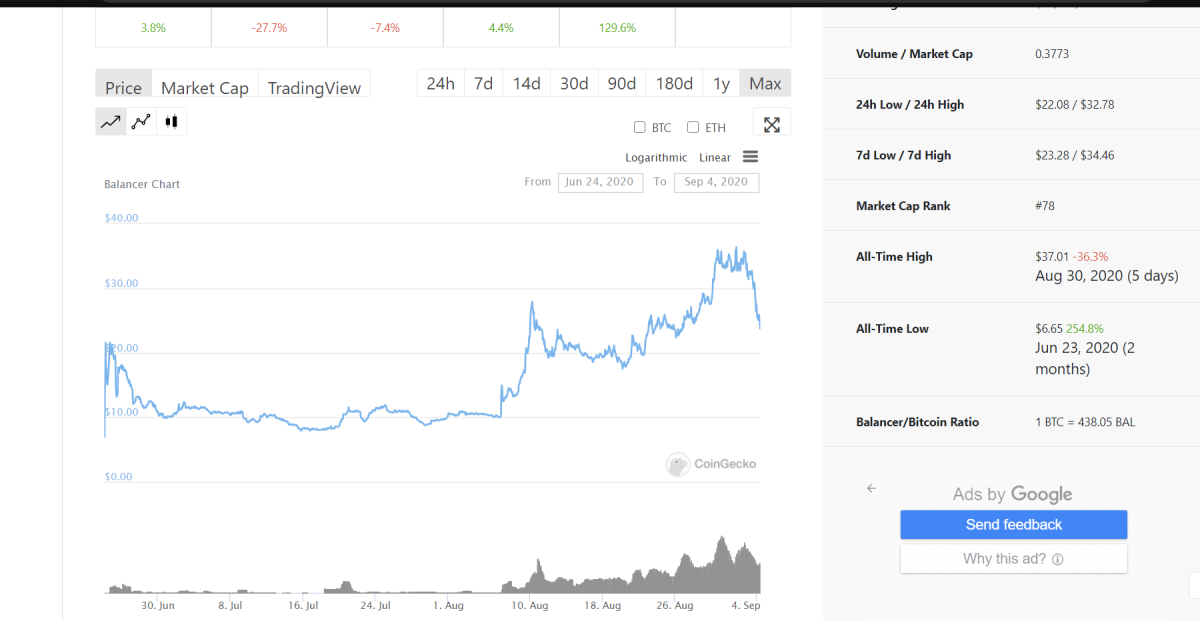 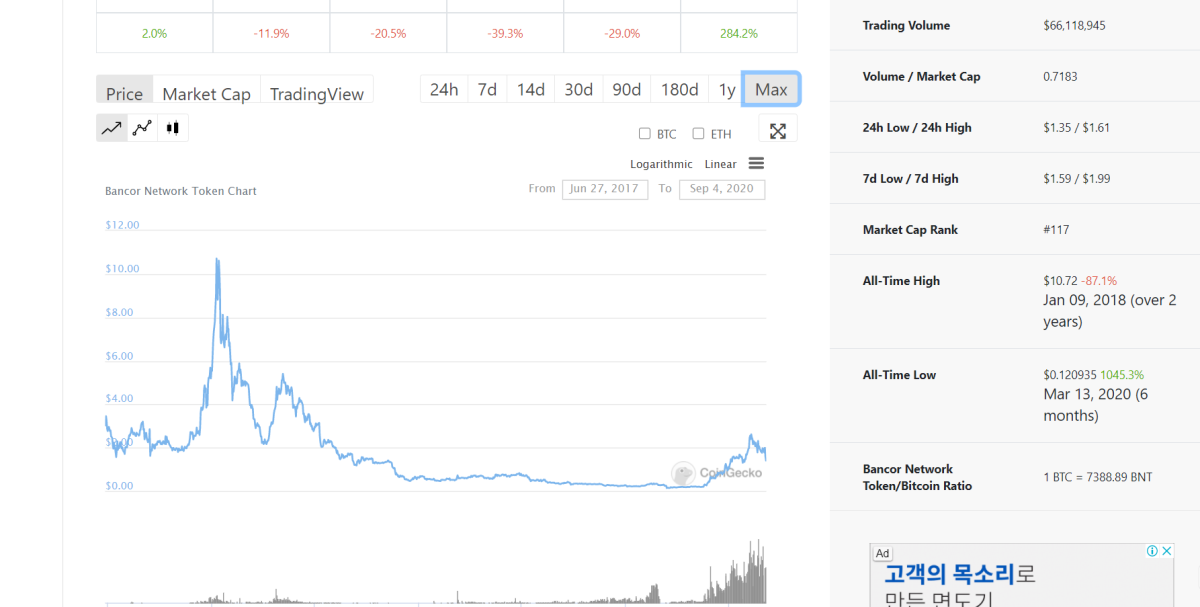 Yes, the market is retracing after months of gains. But there is still another trend in all of these. A massive pump, then a sudden and epic dump. I fully expect many of these De-Fi coins to be at all-time lows in a short period of time, with the creators having made their money on selling low-supply, high-priced coins and running off.

If you are making money of these, take your profits and get out. If you are holding, expecting these to moon forever, you will probably just lose all your money.

Learn to read a chart and know when you’re buying close to a top.

Remember, when you buy, someone is taking your money. Ask yourself if you’re really winning out here.