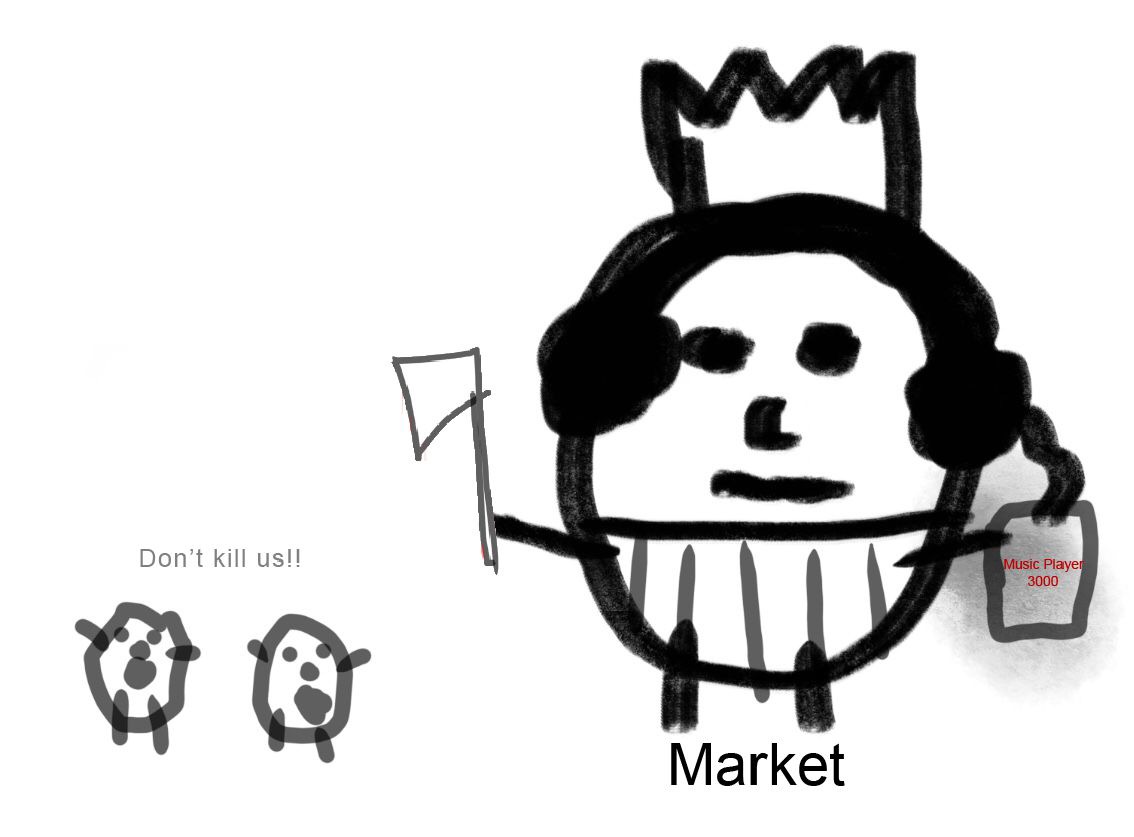 MOR and The Case for Undervalued Crypto

When I was a total newbie to cryptocurrency, I decided to enter my first crypto group on telegram, the coin name was random-letterCASH and I said:

And before people could react to my greeting:

Amid “stupid moonboy” and “go fud elsewhere” there was one “DYOR” - and then it hit me - I didn’t knew what this meant at all.

So I ignored the group, but kept being that irritating person -even today- who sometimes came up with a random “Any updates??” message... and people redirected me to an announcements channel every single time.

Now back to DYOR, when I learned it meant Do Your Own Research I started practicing it, and now I present:

As we all know, cryptocurrency is currently valued mostly by speculation of its future demand. And if you think about it, many coins and tokens are unnecessary and stupid. I’m looking at you: ucash, ncash, xcash, trucash, zcash, (choose-a-letter)cash. There’s also the stupid, meme, or community driven coins like Dogecoin, Garlic, Pi, Bean, the one you only had to sign up your email, name and referrer others but I forgot the name, and Banano, kinda like “Dogecoin” but for DAG enthusiasts.

You might be thinking “How stupid! You just don’t understand how random-letterCASH will moon! They are developing day by day, tons of use cases, doing presentations, going on conferences and they also have this, and that, and that other thing..”

Look, that’s ok, maybe it will work for you, but I want to entertain here only future projects that not only are less well known and have a lower market cap, but also have a chance to succeed in the long term. Yes, I said it. Your favorite (letter)cash, viral meme, or any project in a cute pyramidal form, has no chance to succeed.

Why low market cap is important?

There's less people in the game. You also believe more people and organizations will see how good an idea it is to throw their hard earned money on the coin. And in the future you’ll thank your foresight, and - - -dump it on the new, late,  FOMO infected folks- - - continue holding for you love the tech and the use cases you'll benefit from.

Of course, projects with a big market cap can still bring you bags of money in return, but I will not mention then today.

Are use cases, a community, the core team or founder, constant developments and partnerships important?

Very important. Check this stuff out when you’re DYORing. Of course, you can skip it and just keep MOR in mind..

Now, calm down. If you already know and don’t like GoChain, you may be wondering why I would recommend this at all. You might call it centralized POA shit, but hear me out.

GoChain is also known as a copy of Ethereum. Really, they are, but with another consensus mechanism known as Proof of Authority (POA), in which 50 signer nodes receives rewards for securing the network while staking their reputation, these nodes being all reputable organizations, and they change when a more reputable organization comes. The rewards are the transaction fees and 4.4% of the total supply per year, in comparison a lower inflation than Ethereum.

Now before more is revealed, you that understand corporations and their “reputation” the best may be wondering.

“Wait! Won’t it give corporations, which already are super powerful, even more power!?”

Maybe. Now back to the good parts:

What a company (PopCom) that adopted it has to say about it:

"GoChain's public blockchain experience and rockstar team made it an easy choice.”

Have you seen it? ROCKSTAR. I like this compliment.

"GoChain's public blockchain running at 1,300 tx/s combine with our private deployments means our solution is ready for retail deployment now."

Many deployments but I liked it. See the NOW at the end? I saw it.

Now to the last part of GoChain review, what you were waiting for, ask-the-community!

Time for the question: 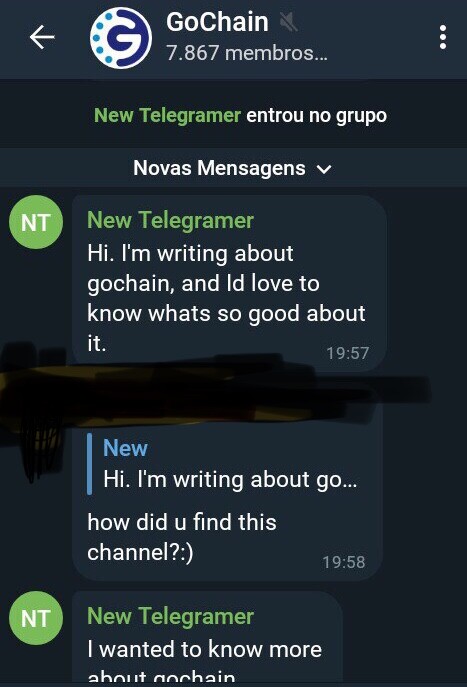 I wonder if to ask “what’s so good about it” was a good idea, it could easily be taken negatively.. but even then THE COMMUNITY SEEMS SO CUTE :)

..no one replied until the deadline I had set of 5 minutes, so I had to do some MOR on the announcements channel :)

Update: when I was almost submitting this blog post another kind person offered to help me answer all I needed about GoChain! But I DISCOVERED I WAS BANNED ON CHANNEL!

Oh right, they have something called turbowallet on telegram, while I was waiting I messed around and deposited 10 go. Really good wallet. 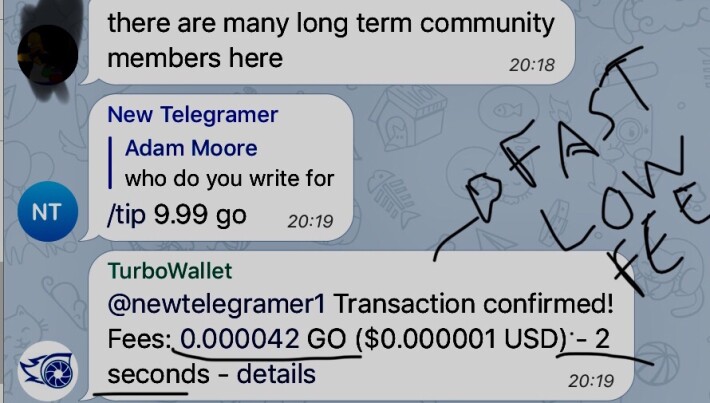 Funny story, I was banned right after I tipped this kind person 9.9 go (minus gas) to test, so maybe an admin thought it was actually me getting tipped or that I was a so called “fudster” or something. I don’t blame them, there was also a random spammer who posted a spam message right below mine! Maybe they banned me together.

See, I sent 10 go very fast and with low fees. And then.. There was no more then because I was banned.

This one is.. weird. I remember last year when I thought “That’s so cool! DAG with smart contracts” but in the last few days I discovered I don’t understand it at all. So if I don’t have MOR ready then what is this project doing here? Well, the staking period is coming soon and I suppose its value will increase. Aaaand that’s it. Done.

If you read till here thanks bye.

This is a tentative blog to share my thoughts on everything crypto related.