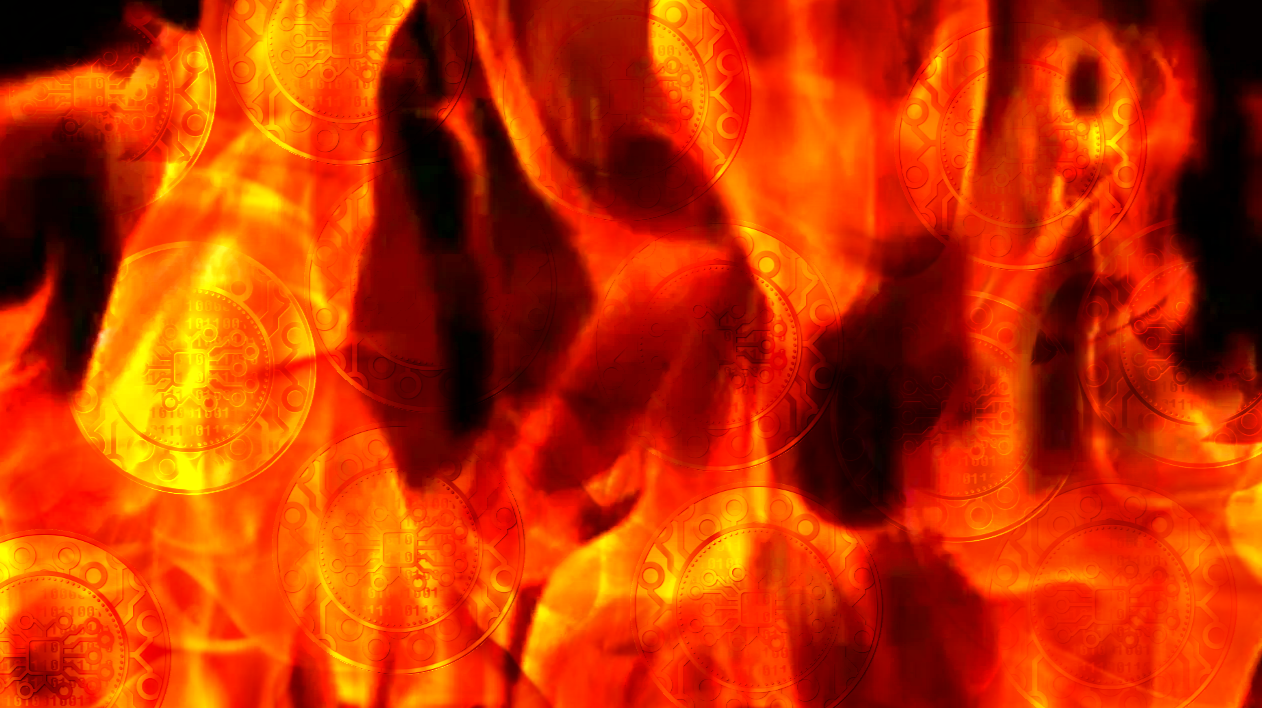 Token Burns: Not really as good as you think

By viraladmin | Everything Cryptocurrency | 2 Oct 2019

It seems to be an increasingly popular suggestion I see in crypto communities - coin burns and token burns.

Burning is the practice of permanently eliminating a coin or token from circulation. Most people refer to the act of burning both coins and tokens as token burns and do not distinguish between a coin and a token.

The reason for this is this is because far less coins are actually burned than tokens and coins like bitcoin and ether avoid the practice entirely.

Burning is generally accomplished by a project's developers taking the the coins or tokens out of circulation by removing them from availability. 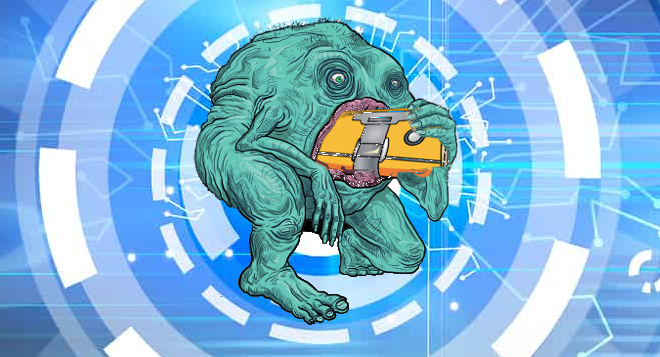 To do so, the tokens signatures are put into an irretrievable public wallet known as an eater address that is viewable by all nodes but frozen and unable to be moved.

This is then recorded by the blockchain so all users can see the exact number of coins or token that have been removed from circulation.

In general there are only two reasons to burn tokens and both result in the same effect - increasing the value of the circulating tokens.

In my opinion, an ICO burn is the only truly valid reason for a burn to take place. 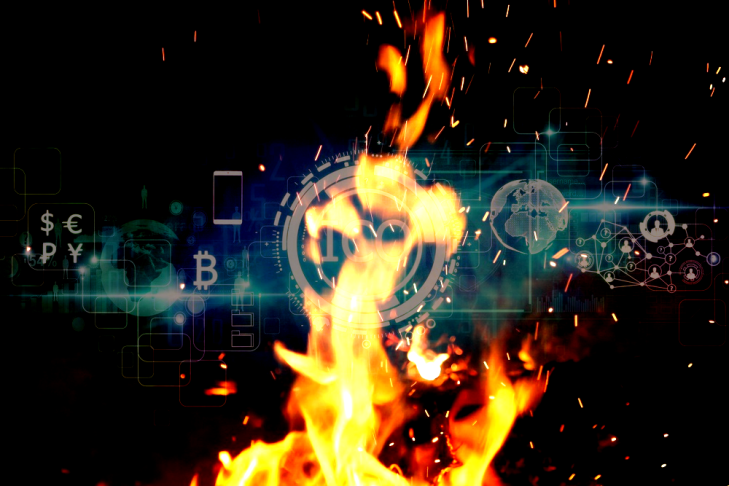 An ICO burn is performed after an ICO takes place to remove any tokens from circulation that were not distributed during the ICO.

This usually happens when an ICO fails to meet their expected projections.

For example if a project created enough tokens to be able to sell 100,000,000 but only ended up selling 75,000,000 during its ICO, the remaining 25,000,000 could be burned off to remove them from circulation thus protecting the value of those who joined the ICO.

Unlike burns that take place for other reasons, ICO burns take place as a means of proving to investors that their investment was sound and that no more tokens will be released onto the market causing a devaluation of the coins or tokens.

Many people try to use the argument that coin and token burns are effectively the same thing as a stock buyback. This is not generally correct however there are a few coins and tokens were a burn is nearly identical to a buyback.

Specifically coins and tokens that do not have a fixed supply act more like a stock buyback when a burn takes place.

A stock buyback is a way for a company to re-invest in itself. The repurchased shares are absorbed by the company, and the number of shares on the market is reduced.

This is great news for investors as a buyback shows a company is doing well enough to be able to invest in itself while also increasing the value of its shares by reducing the overall shares on the marketplace.

The thing to keep in mind with both a stock buyback and token burns that have no fixed supply, is that in both situations if things change and the company does start to struggle with funds, the option exists to release more back onto the market.

A company can issue more stocks onto the market, a coin or token without a fixed supply can do the same.

However when dealing with a coin or token that has a fixed supply things are very different as there is no way to release new coins or tokens back onto the market.

Stocks are generally used as a means for companies to gain funds to create new projects and further the success of a company.

When dealing with cryptocurrency and tokens that have a fixed supply this is very different.

This means when such a coin or token is burned, its merely off the market and it can never return.

Cryptocurrency are not stocks

Despite the view of many, including organizations like the SEC, the values of cryptocurrencies are not tied to the success of a company the way stocks are.

There are many outside influences that may have nothing to do with a company or project. A simple example of this would be if a major retail outlet decided to start accepting a specific coin or token completely on their own accord.

This would have no relation to the actual success of a project but rather specifically the success of a coin independent from its project.

Another example of this would be when leadership of a project fails but the community still wants a coin to succeed so the community takes over the project completely.

Stocks do not work this way because the only purpose of a stock is that it acts as an investment to a company.

This is an important fact of crypto coins and tokens that separates them from traditional stocks. At no point is some company going to come along as say "you can come to our store and spend your Microsoft stock with us."

In terms of burning tokens this means that there is no benefit to it for the company or project that issued the token or coin.

The truth is, token burns are really just manipulations of value. In the case of burning after an ICO as described above, this manipulation makes sense as it somewhat tries to protect investors - however in nearly all other instances it shows a complete disregard for why cryptocurrency exists in the first place, which is to get away from price manipulations of currency.

Many will try to argue whales already manipulate the prices but this is simply a product of how supply and demand works - it is not really manipulation. 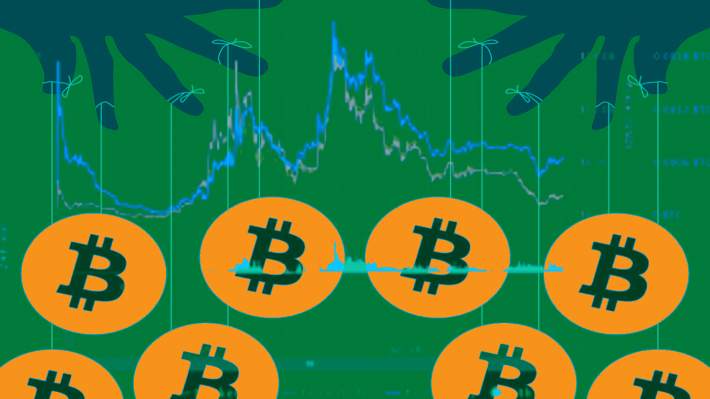 At the end of the day, the only people that token burns can potentially benefit are investors. It doesn't change a project in any other way. It doesn't cause a project to have more or less money for the reasons already stated.

In fact, it is very arguably that if a project decides to do a token burn, they are showing the world that they were unsuccessful in their setup of tokenomics when they began their project.

It shows people that the project over-estimated the number of tokens required by their project. After all if you can burn the tokens they never needed to exist in the first place.

A project should have factual numbers about their tokenomics as to why they need the exact number of tokens they have created. It should not be some arbitrary number that is merely made up.

What a token burn is really telling people is "our project is not doing as well as it should be, so we need to limit the supply thus increasing the value of the remaining tokens."

In my opinion token burns are bad and don't benefit a project in any way and may in fact do more harm than good.

Overall those who are involved with a project because they believe in the project and not for profits alone are cast aside during token burns and projects show their real goal is merely profits.

I think bitcoin and ethereum have the right stance on this - just don't do token burns. What it does show a project, is who actually believes in the project verse who is merely in the project for profits and will dump the coin or token the moment a specific value is reached.