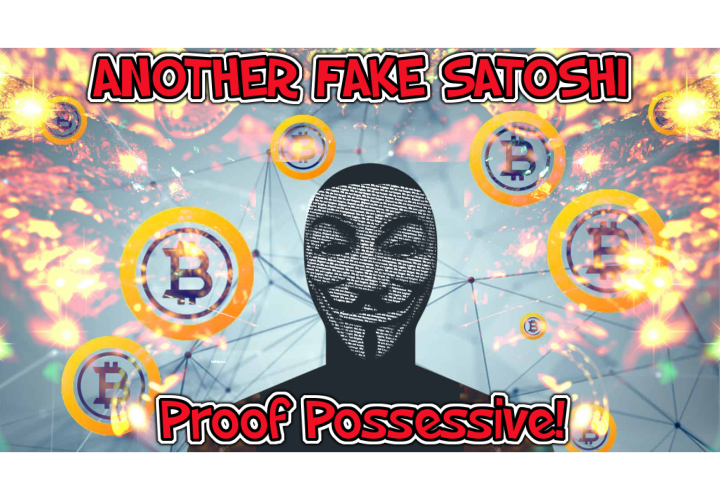 By viraladmin | Everything Cryptocurrency | 18 Aug 2019

After this article was made live - someone has since changed the satoshinrh website to correct the glaring error.

Lets face it, everything about the Satoshi reveal just seemed strange and got stranger as time went on.

About 20 minutes before part 1 of the reveal was to take place, the following message was sent by email.

Thank you for your interest in "My Reveal" and your devotion to the truth.  As you read Part I, you will see that I felt the time has come to reveal my identity to fulfill the real vision of Bitcoin.

The website (satoshinrh.com) has just gone live and at 4 pm EDT, Part I will be posted. I will reveal the origins of the word Bitcoin, my pseudonymous forename and surname, developments that led to my departure, and why I'm returning to Bitcoin after a decade of total anonymity.

So I went to check the live site and what do I find - a WordPress site. This strikes me as odd for someone like Satoshi. Even more odd was how incredibly poorly designed the website actually was.

Satoshi was someone who paid attention to fine detail. A website with obvious flaws just didn't sit well.

Still I wanted to see what this evidence was going to be on day one. So at exactly 4:00pm EDT I visited the website. What did I find? I found the following screenshot.

So apparently we are suppose to believe that Satoshi couldn't afford his own server and on top of that couldn't keep a website live for more than 20 minutes because resource limits were reached. So far we have the following:

Definitely not off to a good start.

At 20 minutes past the hour, the website came back online with no real evidence, just a story about how it all began. As I was reading the story, I must admit at a few parts I actually though "maybe I am wrong and this really is Satoshi". The story was compelling and tried to connect some dots.

Then I got about half way through and I saw an error the real satoshi would NEVER have made. Mainly those who are new to researching make this mistake and not many others.

See here is the thing that this author screwed up on big time - at no point was Hal or Satoshi ever in any group called cyberpunks. Cyberpunks was not a group that dealt with cryptography. Everything this auhor said about cyberpunks was wrong.

The real group was known as cypherpunks not cyberpunks. The real Satoshi would not have forgotten that nor would he have made such a careless mistake - not once, not twice, but three times within this story. This screenshot only shows two of the three times but a third time can be found further down in the article.

In my mind this is already proof positive that this is a marketing hoax.

So what are your thoughts about this?