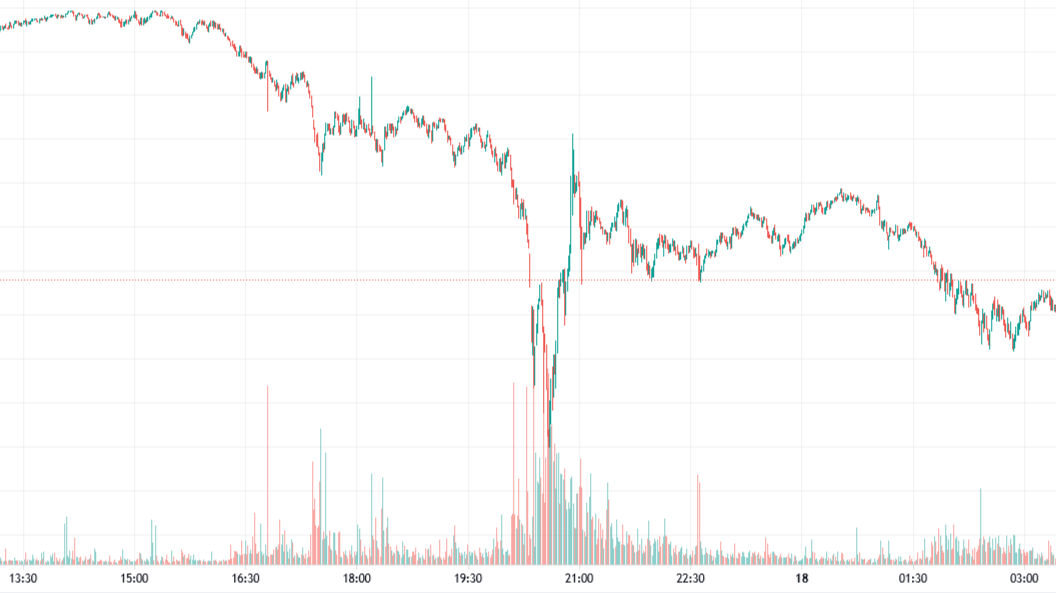 If you've been following the prices of crypto these last couple hours,  you would have seen the prices of multiple crypto currencies (with exception of DOGE and stablecoins) crash very quickly before rebounding to a newer lower level. 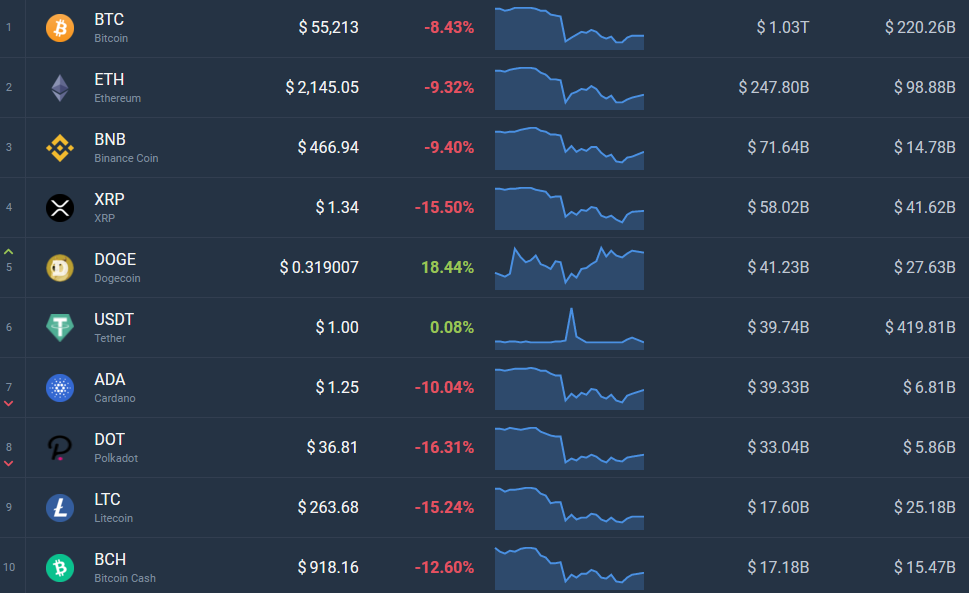 While all the coins were crashing, USDT went up! Breaking it's peg and briefly hitting $1.05

The simple answer is, a lot of people sold crypto at the same time. Since those in crypto holding DOGE are mostly on robinhood, they're usually a different set of people than those who play the market as a whole (just like how TSLA often moves separately from Nasdaq).

Typically flash crashes are caused by margin calls. This means that people who were borrowing money to invest in crypto ran out of money buffer (margin, you need to maintain this when borrowing so the platform you're borrowing from doesn't lose money) and the platform automatically liquidates (sells) your positions. (For further reading, see Binance's policy).

A whale selling can trigger a flash crash because as the price goes down, it causes a snowball effect where other investors get margin called since the price went down. Since they are forced to sell (liquidate) the price goes down further and creating margin call for more people. If you look at liquidations, you'll see that a huge number of bitcoins were liquidated on binance. 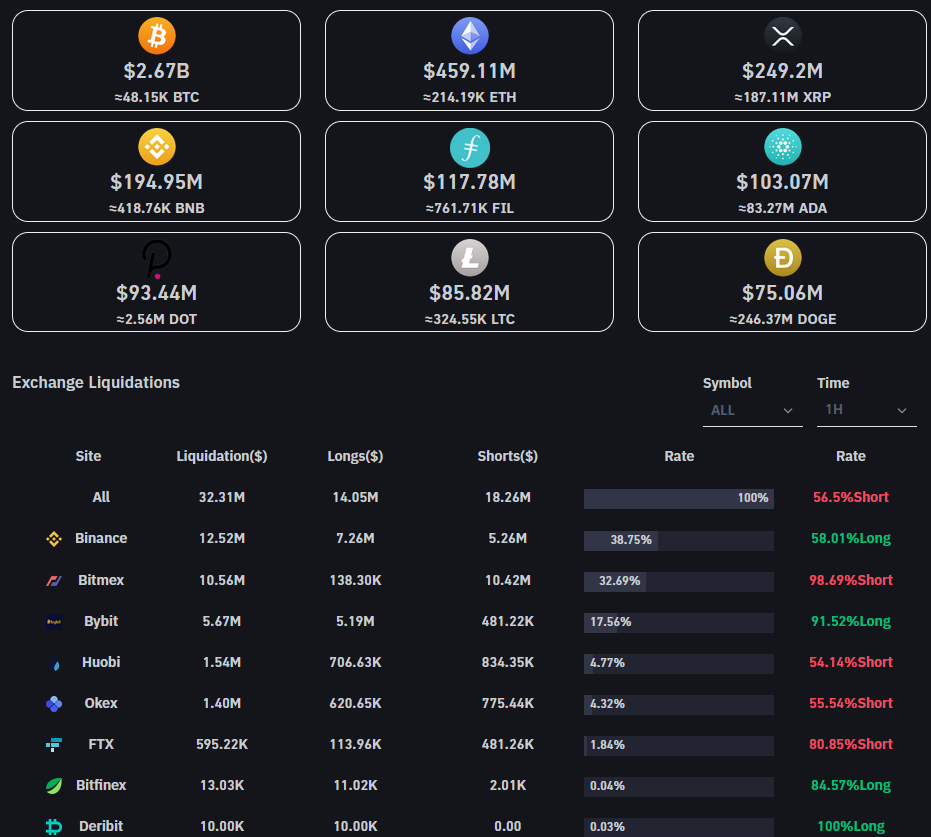 This also explains why USDT shot up since binance liquidates to USDT.

Since I care mostly about ETH, you'll see that ETH and BTC changes at the time track pretty closely

Investing with leverage is risky. If prices go down you'll need a lot of money in reserve to not get margin called (automatic sell). A bunch of investors on binance investing in bitcoin got margin called causing a flash crash.

Writing guides as I learn more about crypto 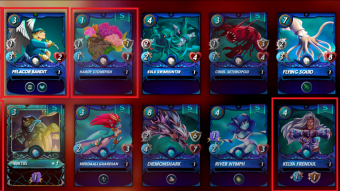