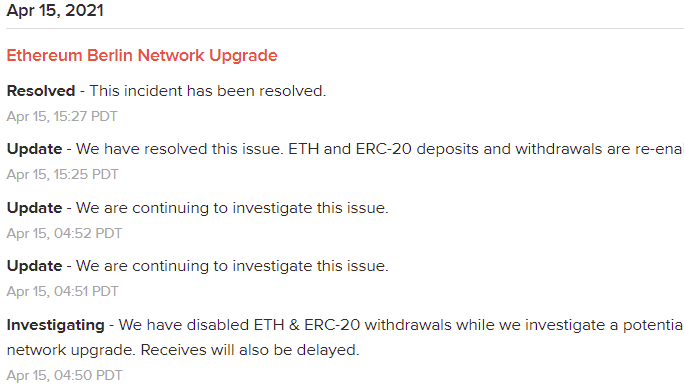 Ethereum’s protocol goes through multiple upgrades a year. These upgrades occur through hard forks unlike bitcoin which uses soft forks so all of the nodes must support the transaction when the cutover happens.

Yesterday at block number 12244000, the hard fork went through. This occurred at 10:07:03 UTC or 03:00 pacific time. About an hour later, on block 12244294, clients running OpenEthereum desynced from the ethernum mainnet causing outages on multiple different ethereum services.

What is OpenEthereum (OE)?

To connect and participate on the ethereum network, you need to use a client. The first and majority ethereum client that is used on the network is geth. However, 12% of the clients on the network uses OE which touts itself as being better for ‘mission critical use’ (such as running an exchange). This differs from many other coins that only have one client.

What happened at Coinbase?

It is assumed that coinbase runs on (probably a modified version of) OE. At 04:50 pacific, Coinbase’s status page was updated to reflect that it disabled withdrawals of ETH and ERC-20 tokens.

Thankfully, a fix to OE was merged at 09:00 pacific and Coinbase came back up at 15:27 pacific

What does Berlin do?

The 'Berlin' to ethereum protocol implements the following changes

A more through writeup can be found on reddit

Tl;dr it for me, will it decrease gas prices? 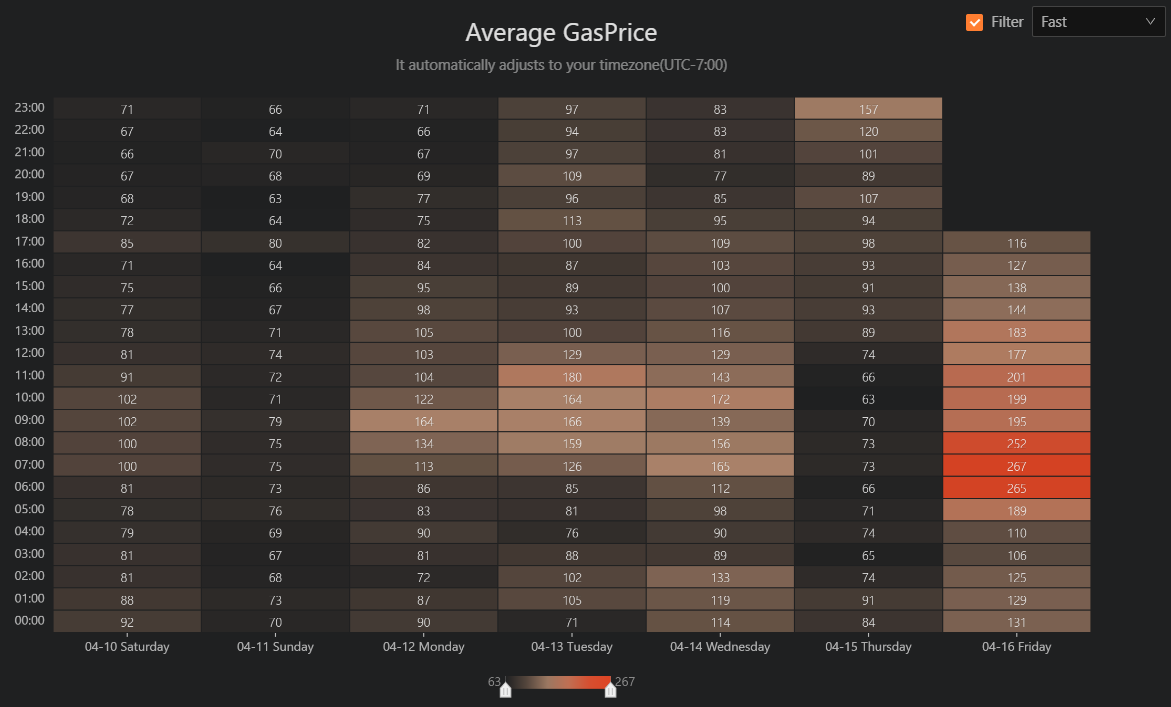 Ethereum gas prices were very low yesterday right after the hard fork, but given then issues that occurred, probably not a good idea to try transferring during a hard fork. (image from http://gasnow.org/)

London is the next hard fork for Ethereum. It is expected to go live in July.

EIP-1559 which is expected to go live with this hard fork will make a major change to how gas prices are used for transactions. Instead of just spending gas, part of the gas will be burned.

Writing guides as I learn more about crypto