Games That Are Keeping Me Busy

2022 has been a pretty busy year for me so far. Yup, busy playing! Hahaha... readers of my articles would know that I have been playing Pegaxy since early January, invested in the game later in the month, and until today, two months since being introduced to it, I own not one, not two but FIVE pegasus in my Sure Win Stables. 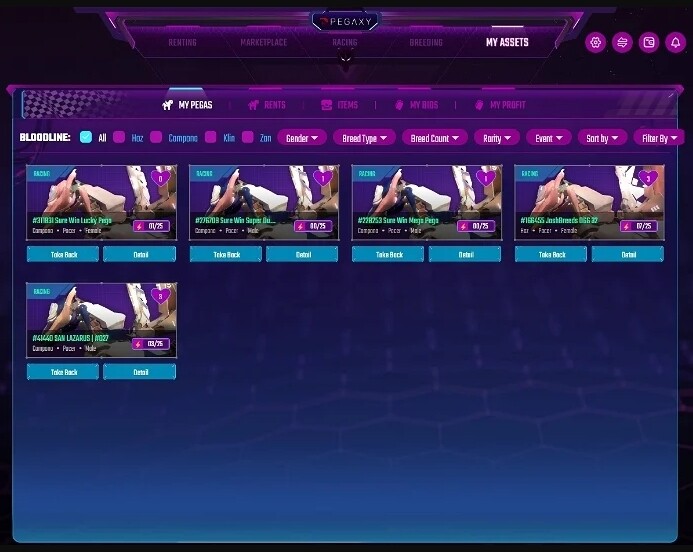 Racing pegasus used to be stress-free, very easy and fast.... that was BEFORE money was invested, when I was only racing one pega, and when there were no server errors or glitches. Hahaha! Now, it's another story altogether. Racing five of my own PLUS three rentals, it's taking all of my waking hours. I don't mind and will continue to race until the skill and strategy-based gameplay is implemented. There is nothing that I can do now anyway until all my investments have been recovered, and then I will figure out a more passive way to manage my stables.

Another new game that I just explored last night is Dungeon Wombat Master. In this game, I log in using my WAX Cloud Wallet and stake my NFTs to the game for mining power. Do take note that not all NFTs in the wallets are detected or recognized by the game. Staking (they call it 'hide') the NFTs also means that you have removed them from your wallet. This means that if there are projects that airdrop NFTs to holders occasionally, such as Banano. This is why even though I have Banano and am tempted to stake them all for a higher mining power = larger rewards, I am not doing it. 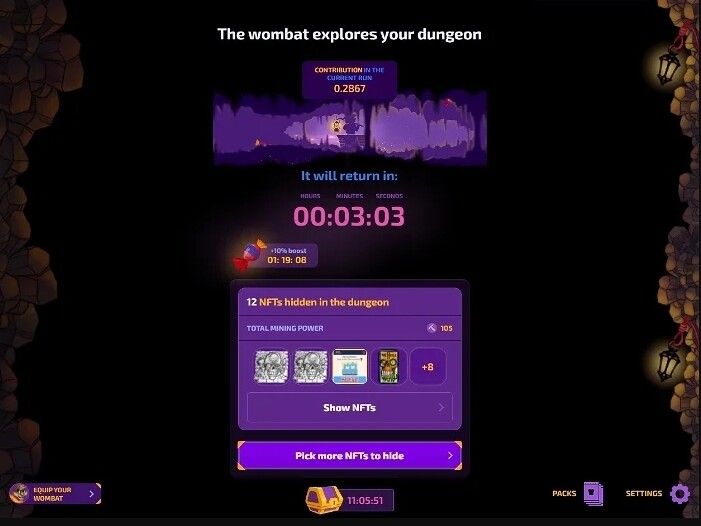 Equipped with mining power, our wombat explores our dungeon and comes out with rewards. The rewards are in points form, for now, to level up, which can be later converted to EOS or WAX at the end of each season. Later, the game will be updated and our wombat might be able to retrieve other crypto or NFT rewards.
Oh, we can send our wombat to explore the dungeon every 5 minutes, 1 hour, 6 hours or 24 hours each time. The longer we send it in, the lower our rewards. So, if you want easy and convenient, select a long period, but rewards will be reduced.

The third game is not so much a game per se but a platform of games. Offering 8 different old-style arcade games on the smartBCH chain is Joystick.club. I've been informed that only holders of the Joybot NFT can play the games currently. Think of it as being given early access, to encourage minting of the NFT, which goes for 500 JOYSTICK tokens per mint. 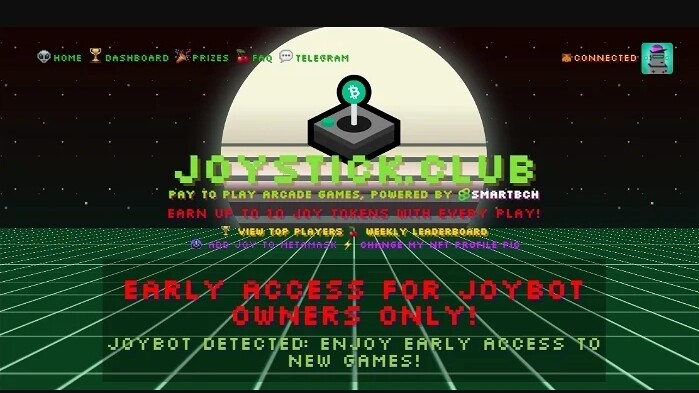 JOYSTICK token is currently pumping ~ 500 is about US$28. To play any of the arcade games, not only are you required to own at least one Joybot NFT, but you also have to Pay to Play to Earn. Each round of one of the games is charged 25 cents in smartBCH token. The higher your score, the greater your reward, which will be in JOYSTICK tokens.

I played twice today, paying 50 cents in total, and earned 14 JOYSTICKS. This equals 78 cents. or a gain of 28 cents. This is not great, but a lot of people will play such games for free. They are so addictive. I had to pull myself away from the games, or I will be spending too much time there. 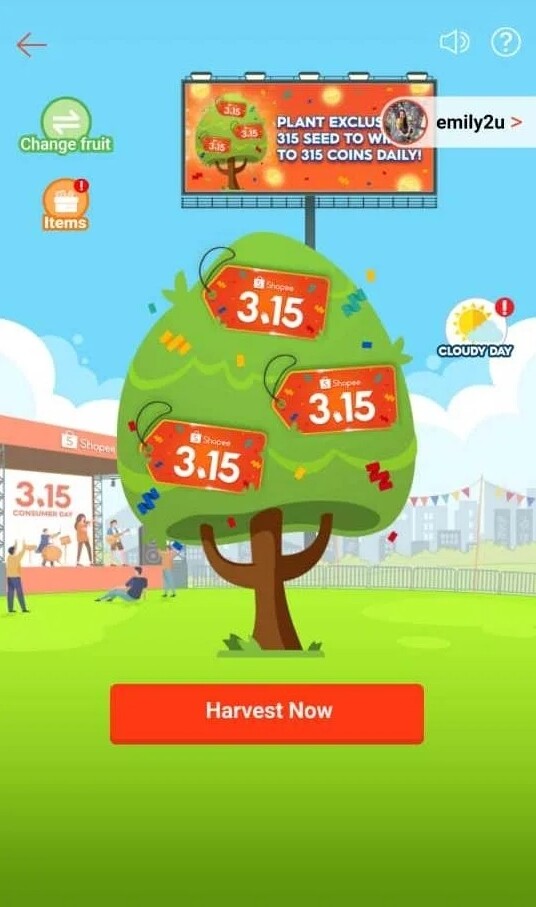 In addition to these three games, there is the one that I have been "playing" daily. It's my Shopee Farm coin tree. Hahaha!!! This is a very important game that helps me reduce my online shopping bills.

What about you? What games keep you occupied?