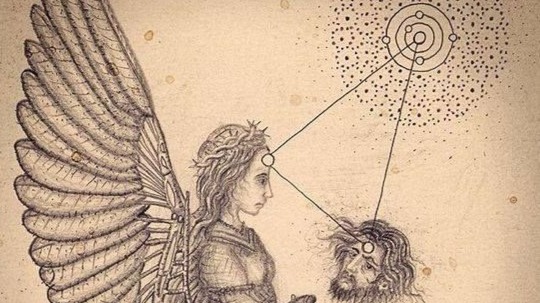 So that my old man returns from death

poetry cannot be planned.
tell him to go one way or the other,
stop doing this or that,
to say what it is not prepared to say.
now: there is hunger, there is hunger.
now: that the system is a scam and that the people everywhere suffer the bizarre blow to the ribs
when not death itself, yes.
but you can't plan poetry,
my old man drove a bus all his life
from Ramos to San Justo, from San Justo to Liniers a thousand times a day,
I would love to know that some poem saved his life, but no,
he died naked under the sheets of a Haedo hospital,
I don't say like a dog, but almost.
that there are, there are: that the people, while meek and obedient,
while grim and crestfallen, everything is tolerated.
you can't plan poetry: but if you take to the streets,
if the beautiful, fat, naked corpse, beloved of my father
that he was part of all that anonymous friendly mass unfortunate run of what by grace and work of the American spirit
we call latinos, if the corpse of the town
stands on its hindquarters and takes the street and takes the
stone and hooded up to the pear and screams with rage,
poetry is never ready: nobody summons it, nobody jokes about it,
because she is standing, poor thing, what more do they ask of her if she is not another
what an orphan?
they don't want it in the classroom, or they want it badly, which is worse.
they don't want it in hypermarkets, or they want it badly, which is worse.
the poets do not want it, or they want it badly, which is worse.
the police don't want her, or they want her badly, which is worse.
she is sitting to the right of the god of literature, who loves her, up to there.
and I here, I who learned the courage and courage to write texts, more or less uneven, cutting sentences on any side to give the appearance of the verse: free verse, God save me.
poetry cannot be planned, if it is planned it goes wrong.
Better let her say what she must say, what she can say
what his little head of a pelandrún goldfinch allows him to say:
I want my old man to come back to life, as he gives way.
I want that when he returns the town from anywhere
Eat a lot, have a job, never be murdered.
and because I want my daughters to be able to love landscapes
that the leaves of the jacaranda trees do not smell of blood,
and because life is such a beautiful thing, but so beautiful,
that - like poetry - deserves not to be planned.