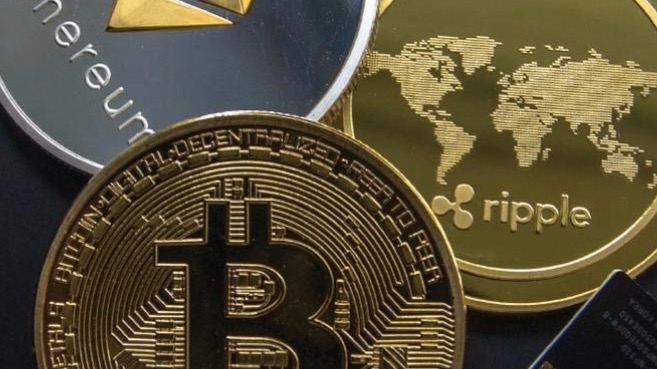 Cryptocurrency is a digital currency that isn’t controlled by a central authority. It exists on the blockchain, a secure ledger that keeps track of every transaction using cryptography—a process of converting legible information into an almost uncrackable code.

Cryptocurrencies are decentralized, meaning no one institution controls it. This means there is no central bank or government institution responsible for its creation and maintenance, which allows the currency to exist without any political interference.

Cryptocurrencies can be anonymous if you want them to be; in fact, many people use them as a way of keeping their finances private from prying eyes—including nosy governments!

The blockchain is a digital ledger of transactions that is duplicated and distributed across the entire network. A transaction happens whenever you send or receive cryptocurrency, buy or sell something with cryptocurrency, or even simply move your funds around. Each transaction is recorded in a block on the chain.

When you open your wallet to buy some bitcoin at a shop, what's happening? You're sending some bitcoin from your digital wallet to theirs. Once they receive it, they'll be able to spend it themselves immediately because they have access to their own copy of the blockchain ledger—which means they know exactly how much bitcoin was sent by anyone else who has ever been involved in that particular block (and any other addresses linked up with it).

But wait—why do those other people get copies too? What if someone tries spending money twice by sending out transactions like these:*"I'm going shopping!" *"I'm going back home again."

How do I store cryptocurrency?

A paper wallet is simply enough—it's just a piece of paper with the information required to access your cryptocurrency stored thereon. To use it, you'll have to put in some effort (like typing in some very long numbers and letters), but this method also has its advantages: it's easy to keep with you at all times and helps ensure that no one else will be able to access your coins if they get hacked into or stolen by someone else!

How do I mine cryptocurrency?

How do I mine cryptocurrency?

You might have heard of miners, but don't worry—you don't need to be one to trade and invest in cryptocurrencies. Miners are computationally intensive computer programmers who use their specialized hardware to solve a cryptographic puzzle. The miner who solves the puzzle first receives a block reward for successful mining, which can either be new cryptocurrency or transaction fees that have been collected by other miners.

To understand better how this process works, let's take an example of Ethereum (ETH). In order for a smart contract transaction on Ethereum to be successful, all nodes connected to the network must validate it using consensus algorithms. This means that many computers across different locations all over the world must agree on one version of history before any transactions can be approved and added into what is commonly referred as "the blockchain." This type of distributed ledger technology (or DLT) allows for trustless interactions between parties without needing any centralized party in charge of verifying or validating these digital agreements between two or more entities.

What are the best cryptocurrencies to invest in?

The first thing to do when looking into investing in a cryptocurrency is to ask yourself what your goal is. Do you want to make a quick profit, or are you looking for something that will grow over time?

If the latter is true, then you should probably be considering the best cryptocurrencies out there. But how do you know which ones those are? Well, it depends on how long you plan on holding those coins. If it's just for a few days or weeks, then I recommend checking out our list of best altcoins under $1 USD. However, if you're looking for something more long-term and stable then this guide will help inform your decision making process as well as give an overview of some great projects worth checking out (and investing in). When researching these types of coins I like using CoinMarketCap and CoinGecko because they provide historical data which can give insight into how much each coin has grown over time while also giving links directly into their website where full details can be found including team members' names and bios so investors can feel safer about placing their money with companies who seem legitimate enough before getting involved at all

How do I buy and sell cryptocurrency?

Buying or selling cryptocurrency is a lot like buying or selling stock. You need to create an account with an exchange (like Coinbase, Voyager, etc.), fund it, and purchase coins. You can then sell your coins for profit or use them as currency.

Just like stocks, you'll want to be careful when buying and selling cryptocurrencies so that you don't end up losing all of your money on a risky investment.

First, make sure that the exchange has been around for at least three years and hasn't had any major security breaches in the past few years. Next up: Fees! Cryptocurrency exchanges charge fees for every transaction made through them—and these fees can add up pretty quickly if you're not careful about how much money is being moved around on a daily basis! Finally: make sure that whatever wallet system or platform used by an exchange matches up with whatever currencies they support (e.g., Bitcoin). If they don't match up well together then users might have trouble moving their funds from one place into another which could lead those funds becoming lost forever!

Many people are intrigued by cryptocurrencies and how they work, and new users need a place to start.

Cryptocurrencies are a form of digital money that is not controlled by any single individual or group, but instead exists on a shared public ledger called the blockchain. The blockchain is made up of thousands of computers around the world that keep track of every transaction ever made in cryptocurrency. Each time one person pays another person, the transaction is recorded on the blockchain and added to an ever-growing list (or "block") of all previous transactions. This allows anyone with access to their computer's internet connection to see which accounts have a certain amount of cryptocurrency in them at any given time, as well as how much each account has spent lately.