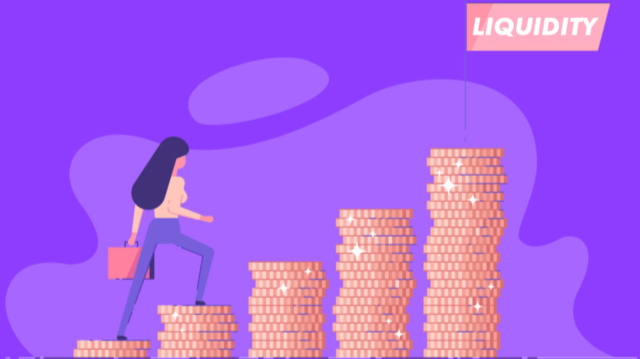 The Problem With Rewards

Today's crypto projects are financed in a similar way to the projects of the ICO bubble of 2016/17, there is a small private sale with a large discount to price then a much bigger public sale before the coin is listed on UniSwap or other decentralized exchanges. What has changed in the last couple years which allows for projects to have market demand, before anyone knows about them or there is any use for the tokens, is the decentralized exchanges. With a decentralized exchange users provide liquidity to the coin pair in exchange for a portion of the fees charged for trading. When a coin launches there is often a rewards program to incentivize people to provide liquidity to the exchange, for without that initial liquidity there would be no one on the other side to purchase either the ethereum in exchange for the coin or the coin in exchange for ethereum.

Stage 1 - Project Funding: Ethereum is used to buy the new token at a pegged exchange price.

Stage 2 - Token pairs are sent to exchanges to balance the coin price and offer liquidity to fill trades across the exchange.

Stage 3 - Rewards are given as a means to incentivize the initial investors to hold their liquidity pairs.

Stage 4 - The token ecosystem is released which drives transactions for the liquidity providers and stabilizes price of the token.

This model is relatively new in the cryptocurrency space and was first created as a means to spin up a community quickly, the project is often centered around a telegram group. The problems with this model became quite clear as you can see in the graph above, SealFinance & Doki, were two of the largest APY projects I was involved with. Seal gave an APY of 3005% with a 1 day lock up period and 5% fee for withdrawing, Doki was a relatively mild APY project until it released Azuki which offered a 350,000% APY with no lock up period or fee associated with getting in or out. Both projects in my opinion were spectacular failures for the tokens price and initial investors. SealFinance had no partnerships or real utility for the coin and therefore the price tanked by the initial reward distribution. Doki, released Azuki and for an investment of $1000 you received $5/min of Azuki. This not only caused the price of the token to plummet from $28 - $3 in the first 24 hours but also the LP tokens which were a combination of Ethereum & Doki or Azuki depending on what was chosen were consumed by impertinent loss.

When the price of Azuki dropped the Ethereum used to balance that price was consumed by the coin pair and quickly was used to balance the plummeting token value. This meant that the pool was profitable for maybe the first 10 minuets but by then a token which was valued at $28 was now $23 and falling quickly.

The third token in the graph above is YieldX, which started out as Yield (found on yield-farming.io), they have a strong community as well as a product in market. The project is their staking platform which allows for other coin pairs to be hosted and rewarded with YieldX tokens, offering a slightly higher than normal APY but still not crazy. The YieldX token has some properties that not everyone is aware of but they protect against impertinent loss and the rapid devaluing of the token. First, all transfers of YieldX take a 2.5% fee and send it directly to the rewards pool to further reward their liquidity providers. Second, all token pairs on the YieldX platform also have a rewards fee associated with staking or removing stake from the platform to further prop up the YieldX token value.

YieldX is a rewards token and does not try to provide much other value than that, it is quite a successful one if you look at the price chart, as it has maintained its value at around $0.03-0.04 with a 400% APY for LP stakers. Additionally, they offer airdrops for partner projects to YieldX-Eth LP providers which vastly outweigh the amount of money staked. Recently staking $3,000 for the OPT airdrop would have earned you approximately $600 in the OPT token. Coming up is a $100,000 airdrop for UniMex another partner platform that will be using the YieldX token to distribute rewards to LP providers.

There are huge benefits when using a rewards token instead of using the project token and I hope I have been able to highlight why YieldX has been so much more successful than SealFinance or Dokidoki Finance. Partnership programs with reward tokens allow you to give out the same incentive without risking massive devaluing of your token. Using a rewards token you can rely on another projects infrastructure, community and incentive structure to support your project launch.

I will let you decide for yourself and checkout the platform and community links can be found below.

If you don't know what the project does, don't give them money - Every investor everywhere

I am often asked what am I going to do today, to which I reply.. The same thing I do every day, Pinky, try to take over the world! My background is in blockchain and AI I will give you my perspective on where we are going and how to put yourself ahead.

A long form exploration into how I make defi work for me. In this blog I will explore Yield Farming and how I make budget my expenses against my yield. I hope to explain everything needed to know how to engage with and harness the rewards programs of the century. 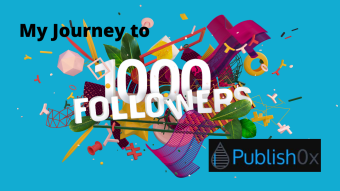