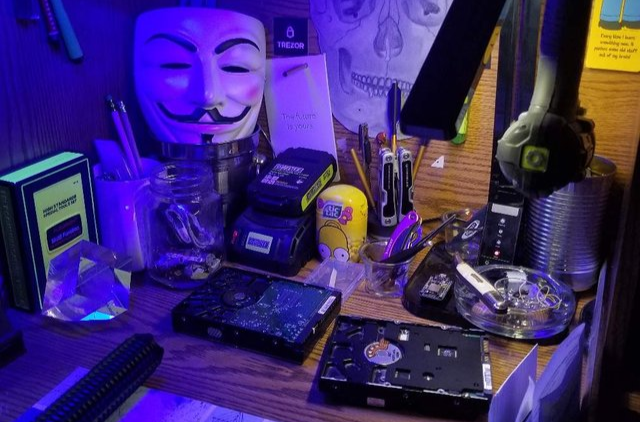 At times, it can be difficult when you are a "hardware guy" and a "software guy" instead of one or the other. By that I mean, sometimes it's difficult separating those two schools of thought, physically and mentally. The desk in my office is very reflective of that struggle. I once had a workshop of sorts in the basement where I would perform strictly hardware- related tasks, and a desk in my office left to strictly software-related tasks. But like all systems, eventually, most break down.  Eventually, new ones are implemented and in many cases, two systems join to form one stronger system. Personally speaking, it's more out of necessity, and if I'm being brutally honest, it's a combination of laziness, convenience, children, and well, just life in general, that has forced me to consolidate. While this contribution here may seem minuscule or even trivial on a grander scale, it has helped me out immensely. Enter the neodymium magnet. 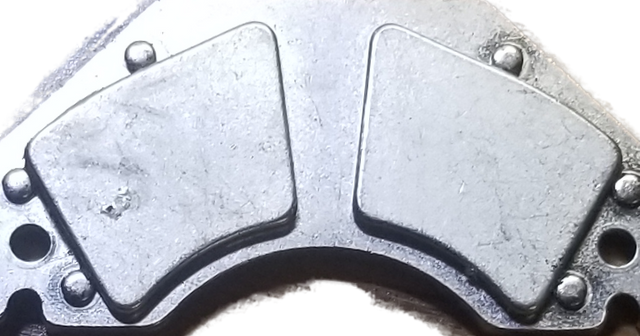 I've been on a scrapping mission over the last few months, collecting metals for some DIY projects. Found a box of my old hard disk drives from college, which I attended in the early 2000's, point being, back then, there were only Hard Disk Drives, no Solid States.  Hard disk drives have easily accessible neodymium magnets inside. For anyone who is unaware, neodymium magnets are the most powerful permanent magnets in the world. So, I decided to turn these magnets into, a minimalist tool mount of sorts (and tool magnetizing mechanism), to what is now my only "off limits" corner of existence that is actually respected, since the rest of my home has been invaded by animals. By animals, I mean my dogs and my family. 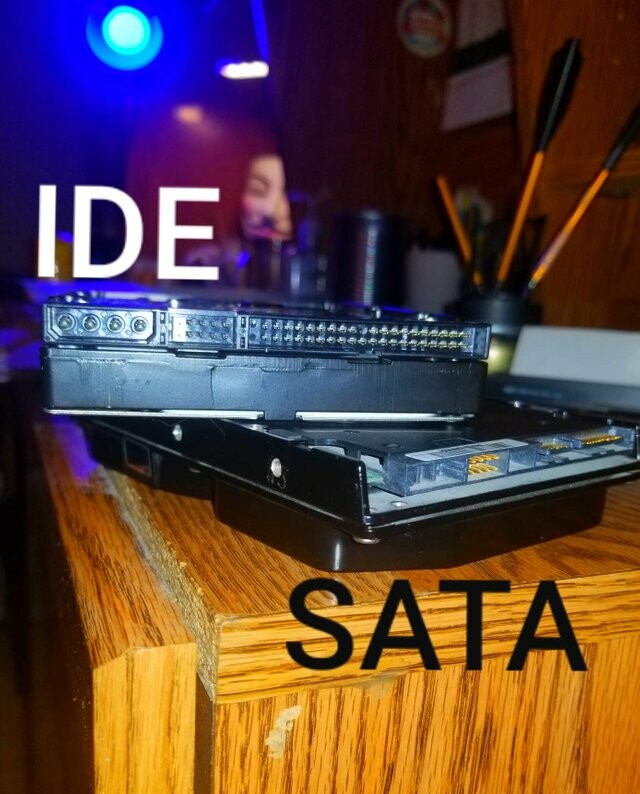 Quick sidebar here, anyone remember when SATA vs. IDE hard drives was a huge thing in the computing world? That debate vanished.  And that was actually a debate.  Now all we hear is HDD vs SSD, and my 9 year old nephew knows the difference between a hard disk and a solid state drive and which one is clearly better because of the price tag alone. Okay, before I go on a rant about SATA versus IDE, the importance of knowing what those differences are, and the fact that today, most of the puke-faced, self entitled little shitbags, commonly referred to as "school children", wouldn't know how to build a computer from the ground up if their life depended on it, because everything is a wrapped up in a neat little package by their mommies and daddies and corporate giants like Microsoft, I'll just move on. 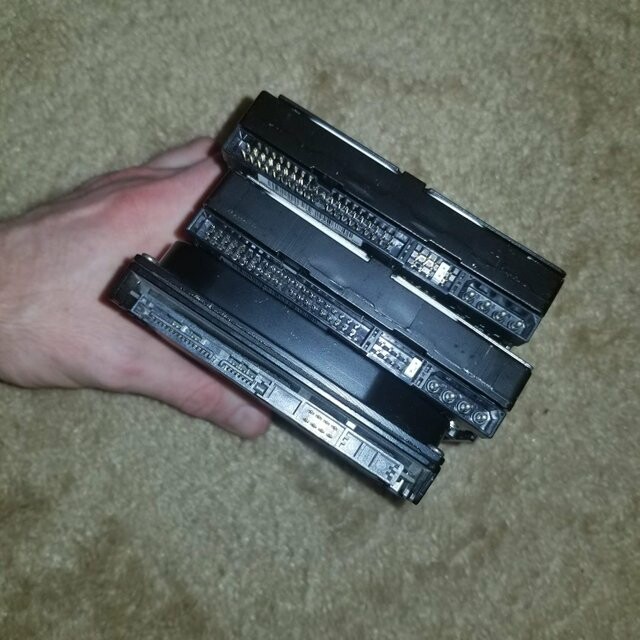 FYI - I'll be posting a step by step HDD harvesting and re-purposing guide in the next few days. 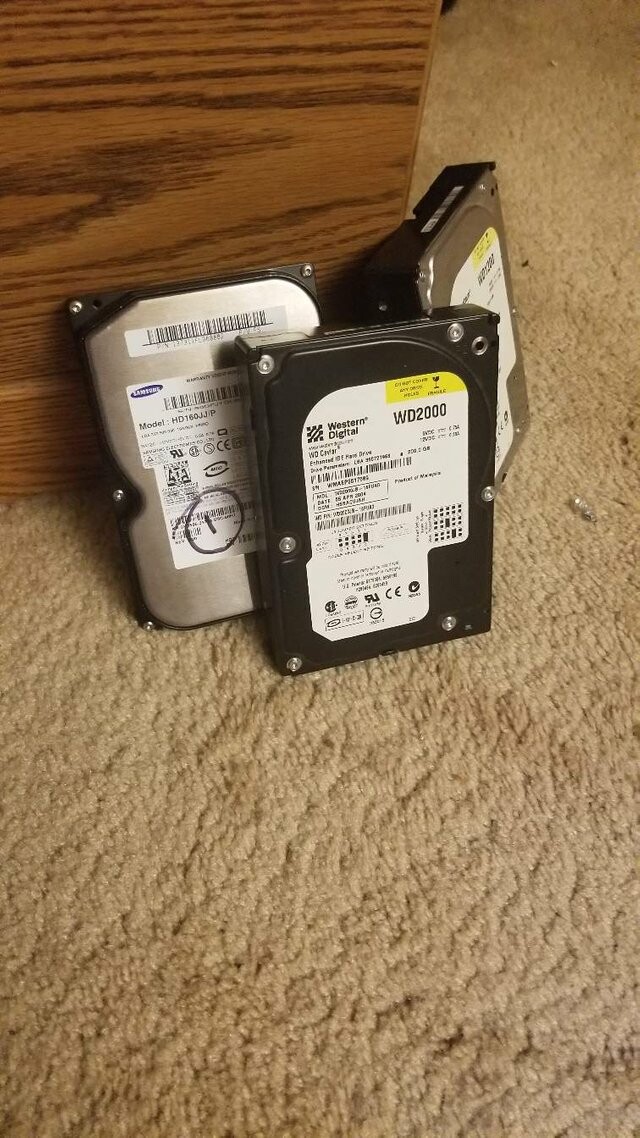 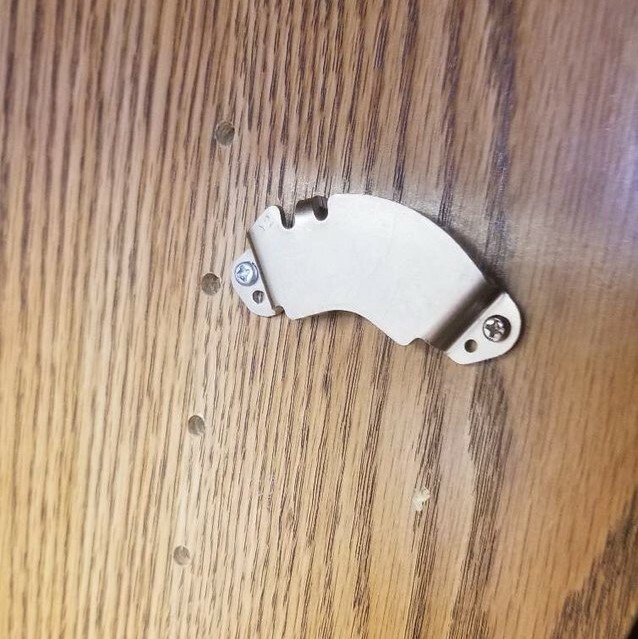 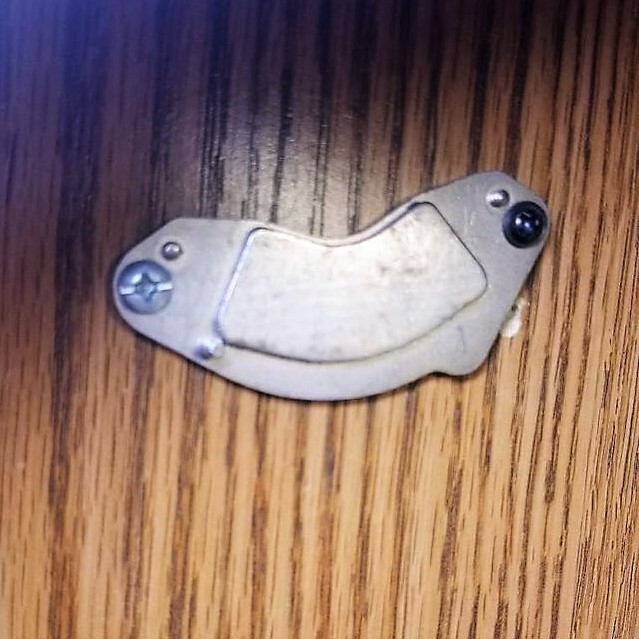 Picture says it all.  Literally.  You don't need Colombo by your side to figure that one out.  Seems self-explanatory, a step by step guide is appears to be unnecessary.  This DIY is more about the treasure that is locked inside those Hard Disk Drives.  Surprisingly strong for a tiny magnet. 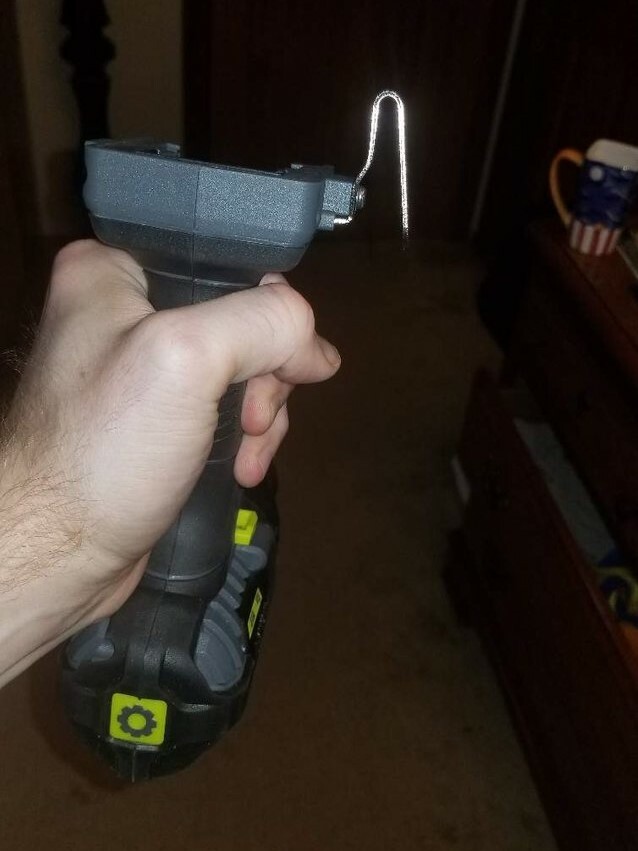 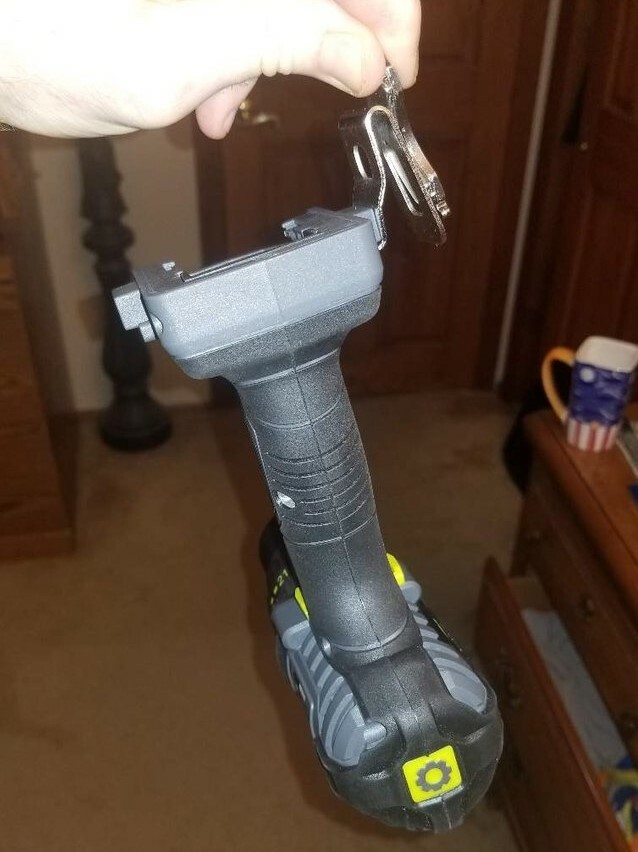 I did have to take the battery out for it hold so it's not like you have Clark Kent in the palm of your hand. Nevertheless, very efficient, very small, and very strong. They have also helped me to put a tiny bit of organization into my otherwise disorganized way of living. Thumbs up from me. 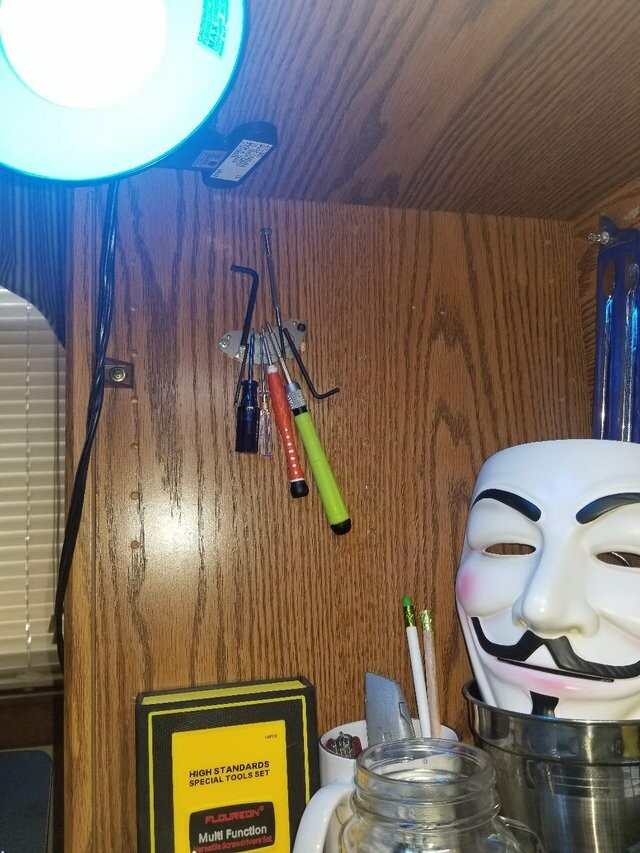 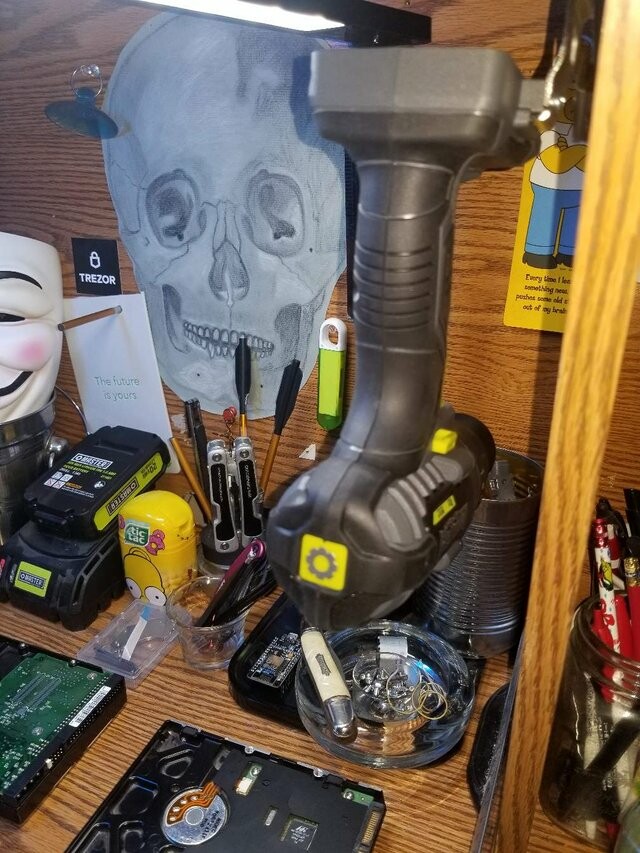 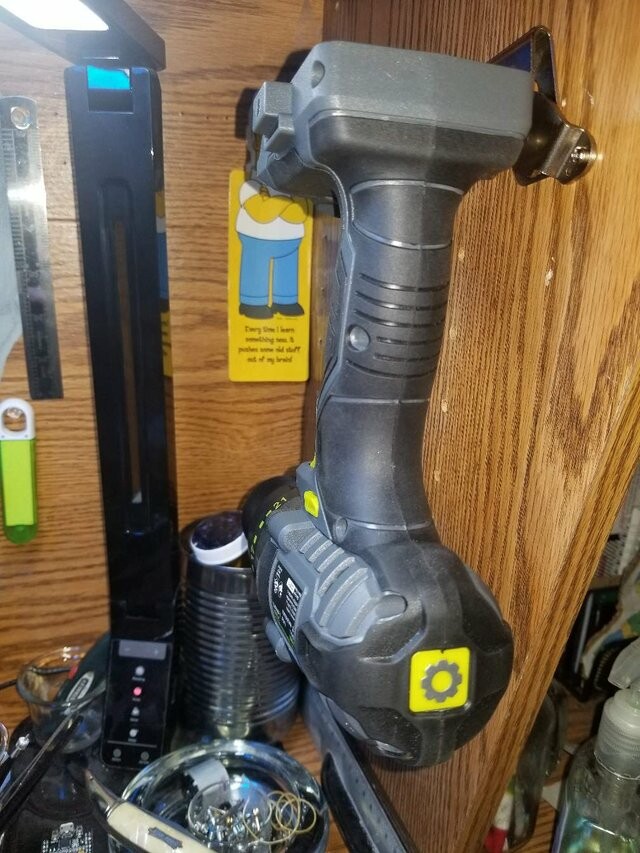 Never seen a man thank a magnet before?  Well, now you have!

In the Bitcoin universe, an algorithm replaces the function of a government.

Guides, imagery and other paraphernalia relating to do it yourself guides.