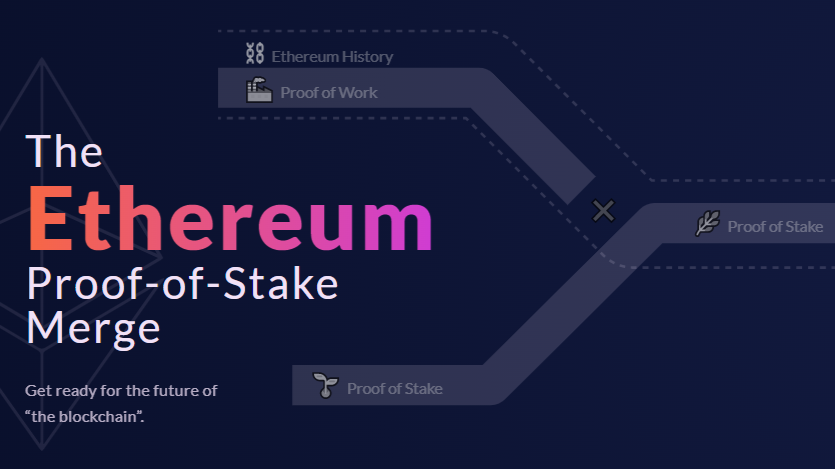 What is the Merge? There are lots of discussion about the Merge, i.e. the merge of Ethereum Mainnet (using proof-of-work (PoW)) with the Beacon Chain (using proof-of-stake (PoS)). This could be a far-reaching upgrade in the history of Ethereum and what do we need to know about it?

According to Ethereum.org, the Merge represents "the official switch to proof-of-stake consensus. ... A truly exciting step in realizing the Ethereum vision – more scalability, security, and sustainability." (Emphasis added)

Historically, Ethereum employed a consensus protocol called proof-of-work. On 1 December 2020, the Beacon Chain started producing blocks. On 27 October 2021, there came the first scheduled upgrade to the Beacon Chain, i.e. the Altair upgrade. The next big thing will be the Merge which is an upgrade that would phase out the PoW mechanism possibly happened in Q2 of 2022 (no exact date announced yet!) and replace it with PoS mechanism.

So why do we need this upgrade? As early as in 2016, Vitalik Buterin had briefly explained his PoS design philosophy in this article and you may take a look at it. Indeed, it is also mentioned in the Ethereum vision that "High demand is driving up transaction fees that make Ethereum expensive for the average user. The disk space needed to run an Ethereum client is growing at a fast rate. And the underlying proof-of-work consensus algorithm that keeps Ethereum secure and decentralized has a big environmental impact."

By doing this upgrade, it can help to greatly reduce the environmental impact since it is estimated that the expected energy savings from this transition is about 99%. Nonetheless, the Merge will not solve the scalability and high gas fee problem and this will be dealt with by sharding technique, which could happen sometime in 2023. Besides, in terms of security, PoS mechanism ensures improved security by slashing the staked ETH of a malicious actor who attempts to validate a bad block and this creates strong deterrent effect since such an attack could be extremely expensive.

The Triple Halvening is a term used by Ethereum community and that means the reduction in supply of Ethereum after the Merge is similar to three halvening of Bitcoin' supply in one go. It is estimated that the current issuance rate of about 4.3% will drop to about 0.3% to 0.4% as shown in the graph below and this represents about 90% reduction of Ethereum issuance rate after the Merge. In terms of tokenomics, it is also considered that PoS model is more favourable to the ETH price performance when compared to PoW model since miners may need to sell their tokens for their mining expenditure and hence the Merge could possibly reduce such sell pressure from miners. 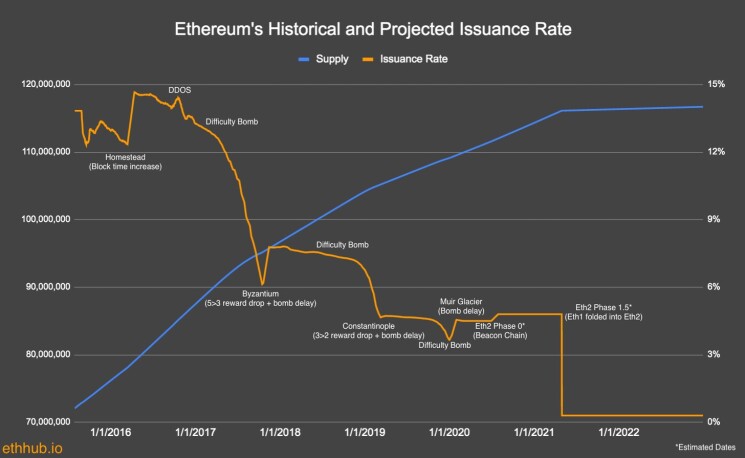 As shown in the following Chart from Etherescan.io, the ATH hash rate is recorded at 1,039,866.4951 GH/s on 12 March 2022 and the hash rate remains close to its ATH in these days. In fact, some had expected that the hash rate may drop before the Merge since there is no ETH mining after the Merge and the miners may either sell their mining equipment or switch to mining of other tokens. However, the hash rate did not drop at all and it continues to rise from 27 June 2021. The trend is quite contrary to people's view and this could represent a bullish outlook over the ETH performance after the Merge. 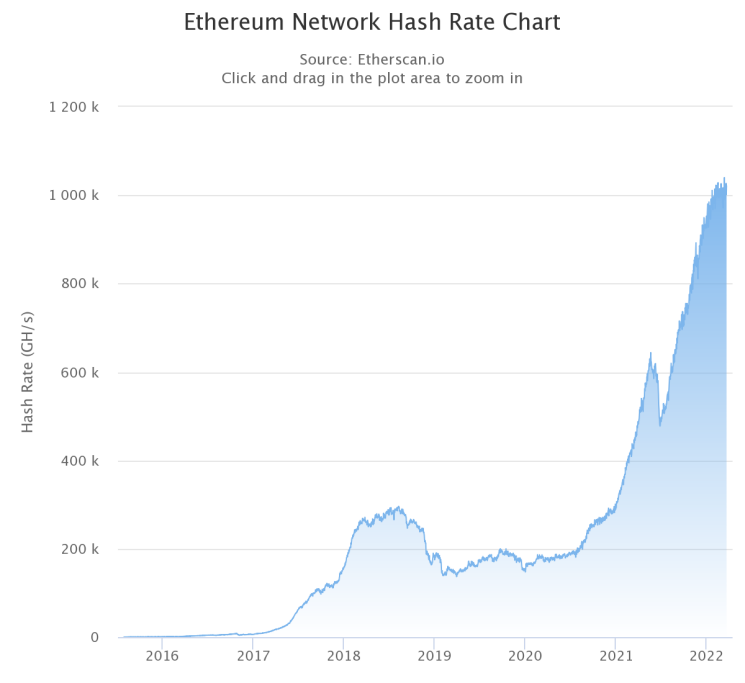 It is announced that the Merge had successfully taken place on the Kiln testnet on 15 March 2022 and there are not any major issues reported so far. So we need to keep an eye on this landmark event of Ethereum!

Hope you enjoy reading my DMOR!

Disclaimer: My motto is Do My Own Research (DMOR) and it is always advisable to do your own research thoroughly for any investment decisions. So the above content is only my personal opinion and should not be considered as financial or investment advice.

An average father who likes to do his own research before making any investment decisions.