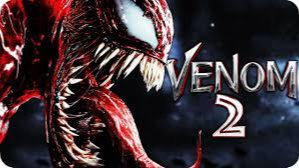 Let There Be Carnage

I have been looking forward to this for a long time and although I haven't seen the actual movie yet, I am honestly excited to watch it.

From the trailer it looks like Tom Hardy completes yet another stellar performance as Eddie Brock A.K.A /Venom in what appears to be a carnage filled sequel.

Eddie lands himself back in Ravenscroft where he has to take on his deadliest foe yet, played by Woody Harrelson who is sentenced to death by lethal Injection the baddy from Venom one. 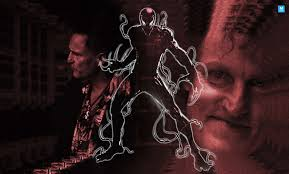 The comedy and humor is second to none for this type of movie, we have seen similar in recent Spidey flicks, but Tom Hardy brings his own kind of British humor, which for some can be a hard task to balance. I believe from what I can see from the trailer he might have got this just right.

I believe it is only going to be released in movie theatre in REAL D, 3D and IMAX you can find out more at http://www.venom.movie #venom however there might have been some leaks.

I will write a full review once I have watched the complete film, in the mean time I would love to hear from those that may have been lucky enough to have watched it already, due to security breaches I believe there was copies circulating online in March.

If you weren't one of the lucky ones check out the trailer for yourselves and let me know what you thing, I would very much appreciate it.

An if you happen to be reading this from another platform or search engine I would love for your to share and follow, upvote and re-blog, it would mean so much and would help me to reach new people and gain new followers.

You can find my Film and TV series reviews at https://www.cinetv.io/@jaxsonmurph from where you can earn cine tokens on the hive blockchain for discussing your favorite Films and TV series.