Today I will tell you about the unicorn rises! This is an unusual NFT project. It will be interesting for those who pay attention to project metrics!
Who is the mastermind behind this project? 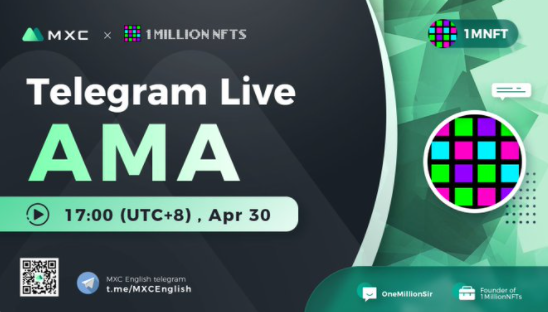 I will tell you what is the essence of 1MillionNFT and what is the difference between the projects of 2005/2017 and 2021.

In 2005, English student Alex Tew created a 1000-by-1000-pixel board and named it "OneMillionDollarHomePage". Selling a pixel for $ 1. The guy wanted to collect for his studies at the university. Deal has been completed successfully! Many companies have posted their logos and simple images with links. Alex - that was the name of our hero, he sold pixels for 999 thousand dollars, and sold the last 1000 pixels on eBay for 38.1 thousand dollars.

There was another story on Reddit called "The Place". In 2017, on April 1, Reddit launched a social experiment, the essence of which was to create pixel paintings as part of group interaction between community members. Anyone on Reddit can paint 1 pixel every 5 minutes. Success was achieved through the interaction of community members, together you can draw more and faster. More than a million people took part in the "group coloring", about 16 million pixels were drawn, more than 90 thousand users simultaneously watched the project or directly painted the pixels.

In 2021, the guys created 1MillionNFTs! They combine 2 ideas from 2005 and 2017 and add some blockchain, smart contracts and NFT to it.
1MillionNFTs is a web3 platform on Ethereum with smart contracts inside. A square of 1000X1000 pixels, where each pixel is an ERC-721 NFT token! Each token with well-defined coordinates on the board. Each NFT-scale is essentially the right of ownership of a specific pixel in a specific place on the board. Partnerships announced - Apyswap, Hacken, Hapi, SkyVentures, Orion Protocol, Genesis Block Ventures. The project pages are already on CoinmarketCap, CryptoRank and Coingecko.

The metrics of the project NFT-pixels are only 1'000'000, but initially ERC-20 tokens of 1MLN are sold. The general saplay is 10 million tokens, but only 200 thousand tokens will be available at the start.

Strategists have 10% unlocks on TGE and then 5% monthly, in private 15% on TGE, IDO - completely without locks. There is also a public round, in which the price is $ 4, but it is not yet known how and where it will take place.

60% of tokens go to farming and the site says that 1 NFT token will farm 1 ERC-20 token per year. You can paint all your NFT pixels once a year for free, or sell the farm-to -ken 1MLN tokens. Starting cap - $ 1 million

I expect a beautiful story from the project that will make noise in all media. 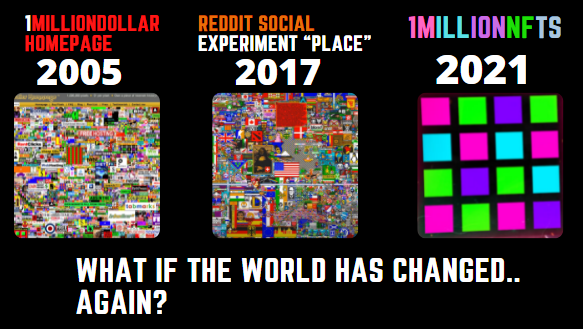