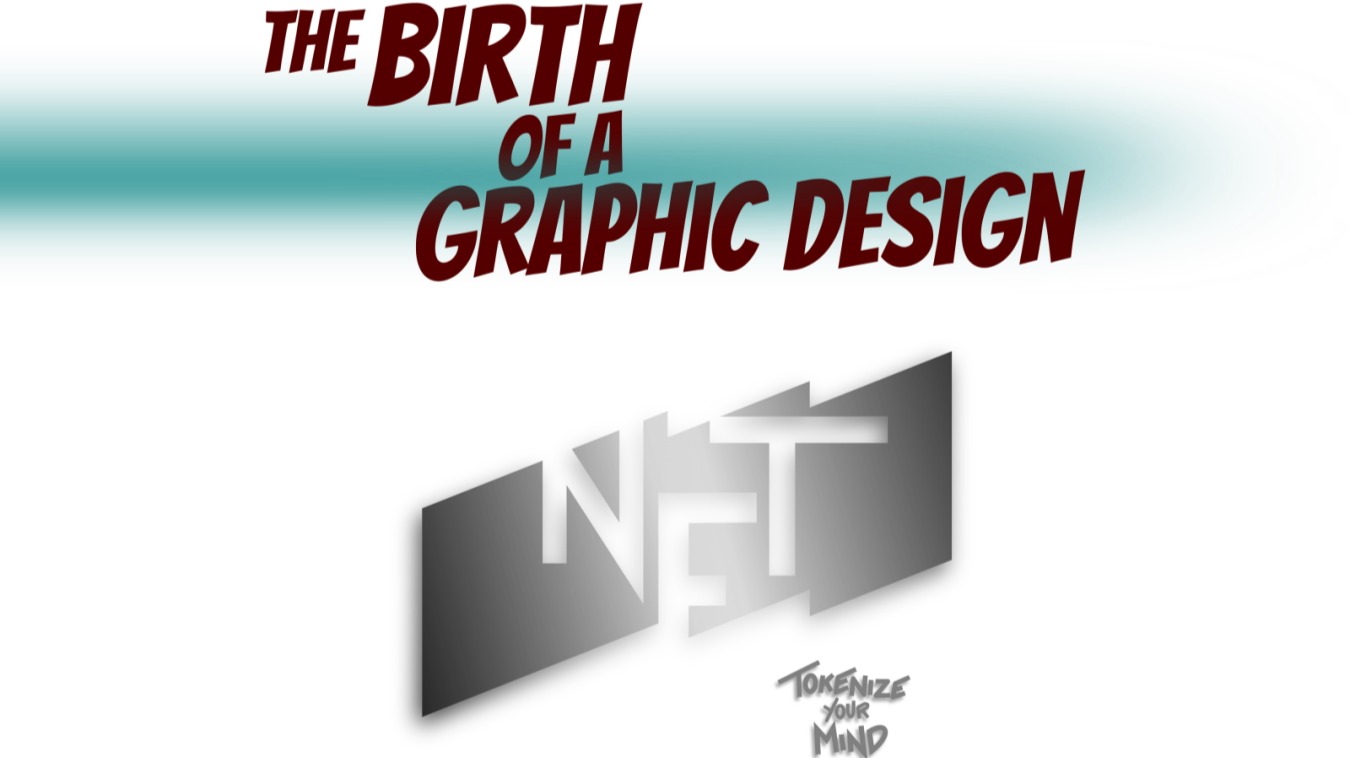 NFT - The Birth of a Graphic Design in the Blockchain World

This Article has been published for the first time on Hive Blog. In recent days I was reading one of the many articles regarding NFTs, a phenomenon that has exploded in recent months after a slow and little-publicized rise. As I mentally repeated the words, I had an idea, and it immediately seemed clear to me how important it was to write it down. This idea is simply a new graphic design, in an advertising style: the idea I had was in fact the one you can see in the first screenshot below. As you can see, the graphic design I wanted to create was mainly made up of letters and words. On the one hand, I had in mind a kind of slogan for one of the uses of NFTs, the one that most closely concerns the digital registration of a product, an idea, a property. In this sense, the phrase that comes closest to what I wanted to convey is the slogan

On the other hand, the 3 fundamental letters: NFT, an acronym for Non-Fungible Token. My idea was a little more complex than a very simple acronym, even if it was quite immediate. I was inspired by the classic forms of superheroes, the classic angular and symmetrical ones in their own way, the kind of full-bodied shapes that a mind trained in the world of comics often associates with that particular kind of subject. In this specific case, I took the shape of a kind of lightning bolt and decided to insert the acronym NFT as a negative. You can see all this in the initial handmade sketch - which I often do to write down the general idea of ​​what I want to create -.

The next step was the use of the photo we saw above as a guide within the interface, a platform dedicated to the creation of graphic designs. As a personal choice, I prefer vector formats over raster, especially for graphic elements that I would use for a printing process.

I started to trace the salient points of the graphics through the pen tool, just to outline what I wanted to achieve on the PC monitor. Immediately after, I built the 3 fundamental tracks - identical but displaced differently from each other - around which I would have built my shape in its own way associated with an imaginative lightning bolt: a shape and other 2 word elements. And now? At this point it was time to get down to business: create the 3 letters of the acronym NFT. You got it right: creating. In fact, I didn't use a ready-made font, but I traced the 3 letters by building them one line at a time and enlarging them thanks to a rather full-bodied outline. The letters had to be angular, just like the somewhat lightning-like element. I helped myself with a whole series of registers, the blue lines that you can see in the screenshot shown below. I had my graphic element representing the acronym NFT and I had a second element representing the shape in which to insert the word which, as we said before, wanted to be visible as a negative.
For positioning, I took the initial path, the one drawn on the photo of the sketch. I followed some points, although I decided to vary others to give a slightly more harmonious look. At this point, as you can see, I had a rather asymmetrical total element, where the word NFT was too uncentered. Therefore, I decided to lengthen the lightning figure, to be able to give an ideal center - more or less - on the word NFT. I then created a duplicate and subtracted the 3 letters from the figure below, in order to obtain that result that you can see here.

The last portion of the graphic design was the slogan, again created from scrawl. But the slogan, in my head, had to be different; it must have been made up of fairly square letters, but also with some curves and with an alignment that made it seem less formal, more playful I traced the letters one by one as for the acronym NFT and I played with the ends to obtain the objective mentioned above.

At this point, I varied the arrangement of the words until I obtained one that could highlight the informal aspect of the slogan. You see in the figure what I have chosen, even if later I decided to slightly rebalance the spaces, increasing them a little vertically. The last step: a very simple assembly of the slogan and the main graphic element, to finish my graphic. I created a slightly more captivating cover to present the project, the one you find in the "head" of (at the beginning of) my article. Incidentally, the name of the graphic is

and I will reveal to you in a new post an use that I will make of it soon.

In the meantime, I greet you, thank you for your attention, and look forward to seeing you in the next post. Goodbye from me and from the Digitall Project.

The Life of the Digitall Project. We will create logo and graphic designs based on your request. The first steps to the birth of the Project, that we will launch soon.