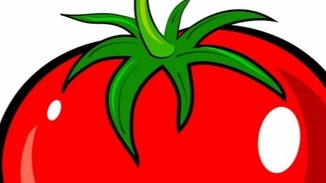 Do you think you support the 1.2 trillion infrastructure plan proposed by the US Government yesterday? Well, it was actually the first of many hurdles to get it passed, but it did allow us to see some of what they want to make happen.

So, how does an infrastructure plan affect crypto and should you support it? Well, buried deep in the bill is the idea that it will be paid for in part by a tax on cryptocurrencies amounting to 28 billion. This was not always the plan, it was thrown in at the last minute to gain support for the bill. The White House says:

“It is financed through a combination of redirecting unspent emergency relief funds, targeted corporate user fees, strengthening tax enforcement when it comes to crypto currencies, and other bipartisan measures, in addition to the revenue generated from higher economic growth as a result of the investments.”

Now, I may write more about the overall BS of this statement such as what "unspent funds" actually means for a government, but for right now, two major points about crypto come up for me.

It is amazing what you can make happen with a bill that will be thousands of pages long if everyone just slips in a few things here and there.

Thanks for reading and remember, the devil is in the details. I leave you with this quote, and hope he was right: