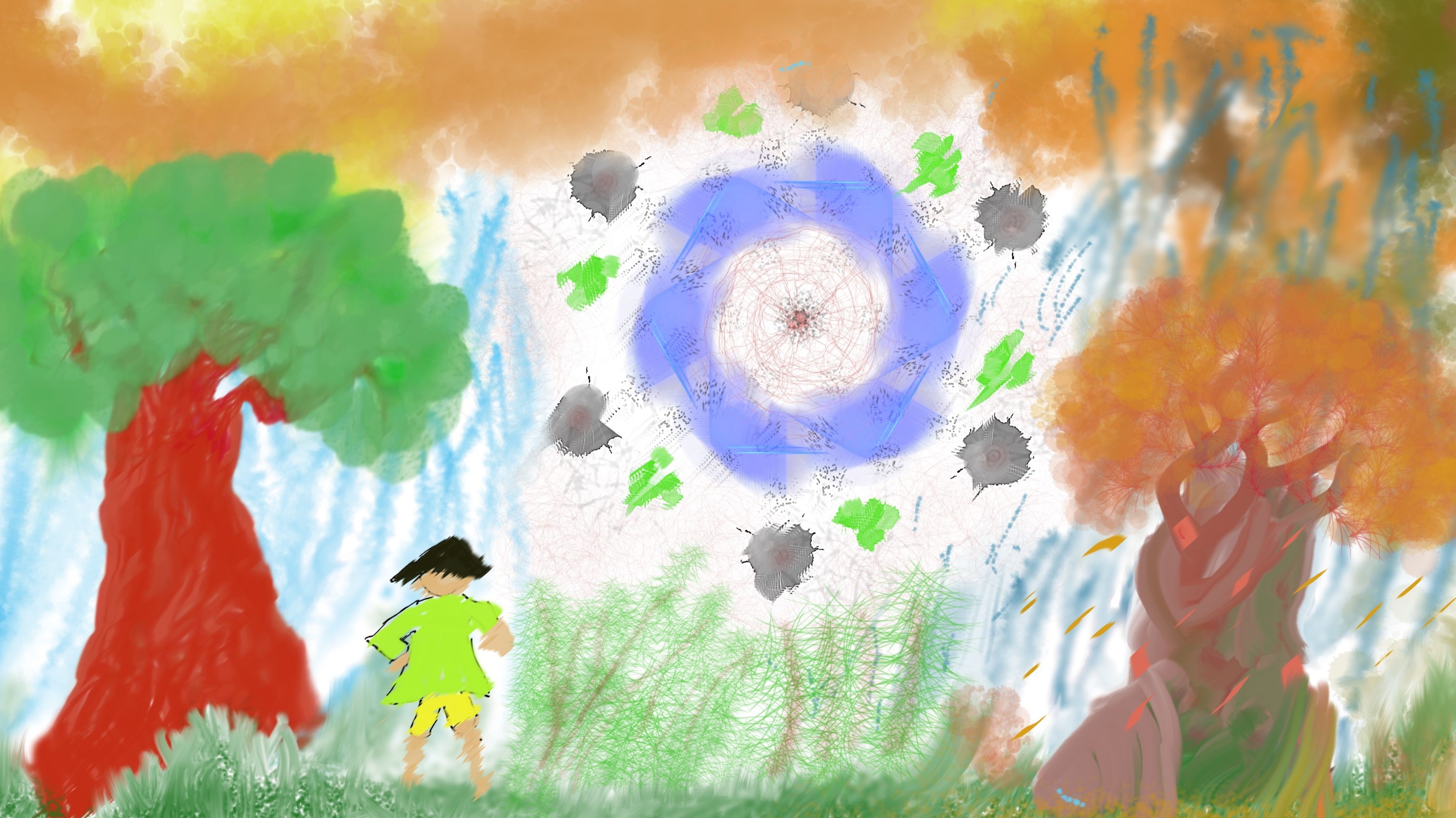 She floated upward steadily with the rising sun, slowly, as if to meet it. Perhaps to be consumed by it. Huddled in the stolen wooden crate that served as the gondola of her craft and wearing nothing but a shapeless, torn and filthy burlap smock it seemed she momentarily thought she might welcome that fate. The hot steam she had managed to fill the patchwork balloon with, launching it over one of the many vents on the roof of the factory she was indentured to, was very obviously leaking from the seams. And probably cooling rapidly. She wasn’t sure how high her craft would take her, or how long it could stay airborne.

As the balloon ascended she heard furious shouts from below in the railyard followed by the shrill wail of the factory’s steam whistle and the lesser shrieks of the locomotives. Thankfully she was still shrouded in the plumes of steam and smoke and ash that belched continuously skyward from the industrial towns residences and workshops. She didn’t bother looking to see who had shouted or if anyone had noticed her ascent, they were always shouting in the yard and it didn’t matter now anyway. She knew there would be trouble when they figured out she was missing but as long as her makeshift balloon remained unnoticed for a while it would be too late for them to catch her. With any luck the balloon would have enough buoyancy to carry her out of reach of the foremen and overseers of the factory town and away into the wilds again.  All she could do now was drift until she landed and hope.

She peered over the edge of her crate as the smoke and steam began to thin and saw she had risen far above the town. It had a name used by the foremen and overseers and lords, Maidenport, but to her it had always just been the port. The smoke had obscured things longer than she had expected and the whole town was now spread out below her.

Good. With a decent breeze she would be miles away in no time. Still she rose among the billowing towers of smoke as they climbed ever upward. Away on the horizon to the west she saw a thin line of green and willed the breeze to push her towards it; the edge of the town's dusty hinterlands, a desolate area logged to oblivion to feed the ever hungry furnaces. The balloon would carry her that far, surely. Even leaking the way it was it must.

To the north and south she could see the railways running straight and true, connecting the port to grand cities and other factory towns where the steel and lumber and other products manufactured in Maidenport were needed. To the east the sun glinted off the harbor dotted with ships of all kinds and the vast expanse of the ocean beyond, but her gaze quickly returned to the west, to that line of green, the trees and grass that she knew offered her freedom and safety from the whips and exhaustion and starvation of the port. As she watched she felt the breeze stiffen and catch her balloon, propelling it towards that beautiful streak of green in the distance and for the first since she had begun plotting to escape from Maidenport she allowed herself a sliver of hope.