Despite numerous attempts by MakerDAO voters (lowering the stability fee to 0.5% on all collateral coins, adding USDC as collateral to the system) the DAI stablecoins has been trading above $1 since Black Thursday (March 12). 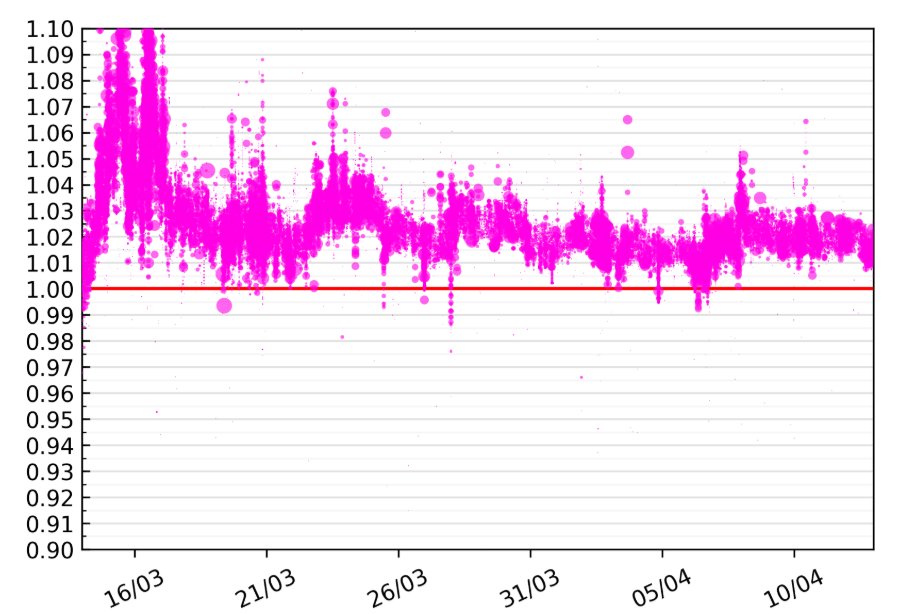 Under normal circumstance, such low interest rates would incentivize speculators to lock up their ETH and BAT in Maker to mint DAI and use it in the market, which would exert downward pressure on the peg, but that hasn't been happening for the past month!

In my opinion there are two main reasons: nobody wants to go long now with leverage now; confidence in MakerDAO and DAI has been shaken.

A lot of traders are scared to open vaults because some vault owners lost all their ETH on Black Thursday when MakerDAO's oracle malfunctioned.

As a result of the crash, some malicious liquidator bots were able to bid $0 for the ETH collateral of the affected vaults, thus causing 100% losses to vault owners. There was a vote recently held by MKR voters for a special compensation package for affected vaults, but it remains to be seen what comes of it.

It would seem that confidence in the MakerDAO system has been questioned by a large portion of the defi community. Despite the rock bottom interest rates, the DAI monetary base has still not recovered to pre-Black Thursday levels:

Over the same period, the USDC stablecoin has added 300 million to its coin supply! It's clear the demand for stablecoins is there, especially during periods of heavy volatility, but it has also become clear that traders are picking USDC over DAI right now even though USDC has bank and censorship risks.

Should Maker add other collateral types with a bigger safety buffer to stimulate the creation of new DAI?