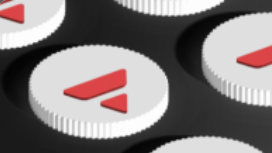 Elon Musk Get in on Twitter. Bitcoin's Future. Plus Avalanche Market Cap

Elon Musk’s - Net worth in assets is not his liquidity. If he pulled out on everything today would it be in liquidity in the bank as many billions as Forbes has on thier website?

Takes his share of nearly 10% of Twitter that can serious influence the future of the company. Doesn't look so good for Jack Dorsey.

And why does Elon want to put computer chips in our brains? Does he want to make us all cyborgs and is he trying to control our minds or remote control influence are minds our decisions are behaviours or probabilities and like hoods of behaviours. Is it really just a medical solution for the waist down paralysed?

Black Rock is to back crypto now.

2202. Transactions where not securities.  Class action law suit filed against Mr.s Clayton and Hinman for tortious interference in all xrpl Network Users valid business expectancy in the XRPL network.

XRPL is decentralised. The ledger is a layer 1 platform. Like ethereal. Open and permission less.

Just like the internet then DARPA is moving to control that with social media censorship, blocking domians from parts of the internet. Denying access attacks DDoS. How would Crypto hold up against a sophisticated DDoS attack on all of the networks. The financial system would still collapse. Unlike real world assets that would still be tradable just have to meet them in person or use the postal service. Postal service can run without the internet.

Trading Volume is at $20.59 Billion. https://www.coinskid.com/crypto/avalanche-avax/markets/

KuCoin broadest range of coins available to everyone. NO customer support that is gonna help your.

Dominant Bitcoin secure, durable and the most decentralised crypto. Where do I put my Billion dollar to where other people would want it and other rich people would want it in the Next 100 years. Bitcoin. You can’t pick up and move property from nation to nation. 1 Billion dollars of bitcoin can be moved at the speed of life on anywhere on earth. Reinvest a small percentage to keep the property, not with bitcoin tho. Buying land, can be seized, low density decisions. Imparement bitcoin possible? To make it like property. Hardest to impart and tax. Easiest to keep confidential.

Oscilate the property at 60 megahertz. Sub divide it to any partition. You cannot move physical property when it gets taxed. A physical thief, likes the car without the pro security lock.

HQ of apple property that’s not moving like you cannot move a city block in New York to another city.

You can move Bitcoin and is hard to tax. No municipality is going to be able to tax it. I can move my bitcoin out of a country. Will it get wealth tax? Of say.. 2% a year? If they get to this point. Give up your passport and live out side the country to avoid the tax. ( Or live outside thier corrupt system. )

Bitcoin is digital property but also digital energy. All matter can become energy and vice verse. As of E=MC2.

What is special about it. A Mega What of power. 0.11 cents on a network is a million dollars. Half life of electrical energy is 3 years. 3% fee to move it 500 miles. Cannot store it for 100 years. Mine Bitcoin? Electrical energy converted to digital. SMT miner. 4 Million worth of bitcoin. 0.78 cents to move Bitcoin millions take an hour on the Bitcoin main net. This is low fee transaction.

El Salvador. Using Lightening network and the Satoshis. One two thousandths of a cent.

Thirdly you can sub-idivide and oscillate and frequency and scale.

Falling lower than 6% not making any money on it.

100% utilisation. Yield goes through the roof.

Bitcoin is property not a security. Custodian view.

IRS and FCC says Bitcoin is property. More value can be created from this assets ownership. A kid coder figures a way to make more on top of the asset you own. Crypto Banks. Yield. APR’s and staking.

Owner of www.spiritualguidancemeditation.com I create digital educational video series packages. I create free social content. I run blogging pages on mainstream social media platforms and I like to create music and perform live. I write.

Which DeFi coin's will stick around. Which will go? Will many Meme coin's take off in popularity? Which of them will stick around? What are the DeFi projects. How likely are they to succeed in the crypto space and will they perform well in the competitive market. Are any Meme coins so popular like works of art.