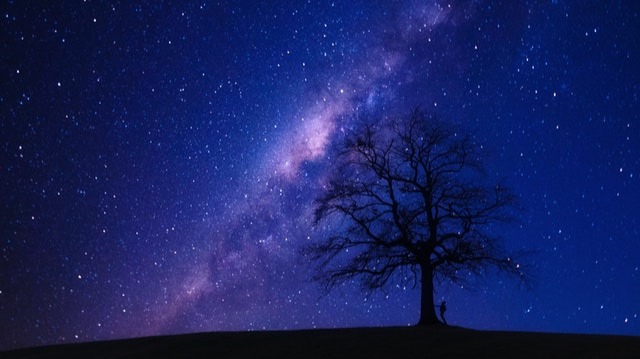 A Complete Guide to ICP Token from Dfinity

After a wait of half a decade, Dfinity is releasing a public launch of its network and also its ICP token which powers the internet computer. The genesis launch is expected to be on May 7th 2021. Therefore, you should be able to buy ICP tokens starting this date. ICP stands for Internet Computer Protocol.

But first, let’s dive deeper into Dfinity, its vision, and how to relates to the broader blockchain and crypto ecosystem.

Dfinity has been building an “Internet Computer” since 2016-2017 and has raised several billion dollars from VCs like A16Z in the process. It has several unique features such as how nodes come to a consensus and how data is treated inside the network. We suggest doing some reading on their blog as the details are hard to summarize. If Dfinity can do 10% of all it promises, it could be a game-changer.

Dfinity hopes that popular apps like Facebook and TikTok will be recreated on a decentralized network and the Internet Computer is ready to handle any load. It is far easier for developers to manage since compute and storage are managed in a single place and scaled by the Internet Computer, which means the developers don’t need to manage things like databases, firewalls, load balancers, etc.

What is ICP Token?

The ICP token is the native token of Dfinity. You can stake the ICP token for governance and collect fees. This isn’t a gimmick like several other governance tokens. Besides, you’ll be rewarded the more the network is successful, which aligns the interests of token holders and network users and builders well.

Dfinity did an ICO or crowdsale in early 2017 where it raised around $4 million in crypto. According to an older blog post from Dominic Williams the founder and chief scientist at Dfinity, the crowdsale participants will collectively own 24.72% of the network at launch.

In addition, Dfinity did a broad community “airdrop” via CoinList in 2018. Those users get 1.25% of the entire network. Every participant here would have 119 ICP in their CoinList account. CoinList is well known to mess up big launches and we don’t expect the ICP launch to be any different. Therefore, expect some early troubles.

In addition to the crowdsale, Dfinity has raised several billion dollars from some of the most prominent venture capitalists in Silicon Valley, most notably A16Z. A16Z has led multiple successive rounds for Dfinity over the years, which proves their deep conviction in the project (in addition to providing a way to deploy their hundreds of millions of dollars in a single shot).

That in a nutshell is how ICP will be distributed prior to the launch.

What are ICP’s Tokenomics

ICP (previously DFN at crowdsale) is both a governance and utility token inside the Internet Computer ecosystem. Therefore, if you are a developer who wants to build on Dfinity’s Internet Computer, then you will buy some ICP and convert them into cycles. This is somewhat analogous to how gas works in Ethereum i.e. you need to pay for compute using the native token.

However, if you want an upside in network ownership instead, you will lock up your ICP into what is called “Network Nervous System” (previously blockchain nervous system) or NNP. This creates “neurons” that can then be used for network governance. Governance actions will earn voting rewards inside the network.

Therefore, there are two inflation sources:

and there is one deflation sink:

Voting rewards are higher for higher lockups. There is a complicated governance system via NNS which we’ll cover in more detail in a later post. App developers will need to know how to buy ICP tokens to make sure their apps are functioning right. This creates a continuous demand for ICP token. Depending on the usage, ICP could end up deflationary which would be a first in the space (other than possibly Ethereum’s EIP 1559 being adopted and gas remaining high). 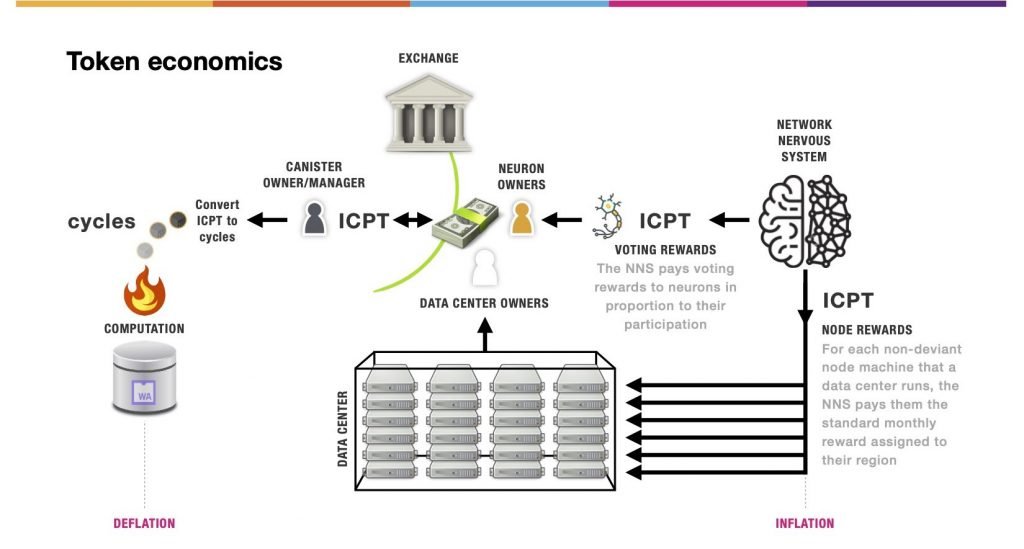 How to Buy ICP Token from Dfinity

ICP has not released yet.

You can buy ICP futures on FTX which is the easiest and most liquid way to get exposure to ICP at launch. FTX’s perpetual futures are a trader’s heaven.

Coinbase is listing ICP token at launch. This is probably the simplest way to buy ICP at launch. This of course was not the least bit surprising since A16Z is one of the largest investors in both Coinbase ($COIN) and Dfinity ($ICP). Note that after you sign up for Coinbase, you’ll need to log into Coinbase Pro in order to start trading ICP. It is expected that regular Coinbase users can buy ICP in the future, but the launch is on Coinbase Pro.

Binance is expected to list ICP soon after launch.

CoinList, which hosted the 1.25% community airdrop in 2018, is also expected to launch ICP trading. However, due to their poor ability to handle loads combined with poor liquidity and poor user experience and hard to complete KYC requirements, we suggest using other exchanges to trade ICP. If you are an airdrop participant though, you will need to go through CoinList to get your ICP. If you want to sell your ICP, it may be better to transfer it out to another exchange and then sell for BTC or USDT/USDC or another supported pair.

Warning: Be aware that ICP is not an ERC20 token and therefore does not exist on Ethereum. It is the native currency of the Internet Computer by Dfinity. Expect a bunch of scam ERC20s to launch on Uniswap. Don’t fall for them and stay safe out there.

The Dfinity blog is fairly comprehensive – we suggest giving it a read.

Deep dive into the world of cryptocurrency, DeFi tokens, crypto-assets, NFTs, and more