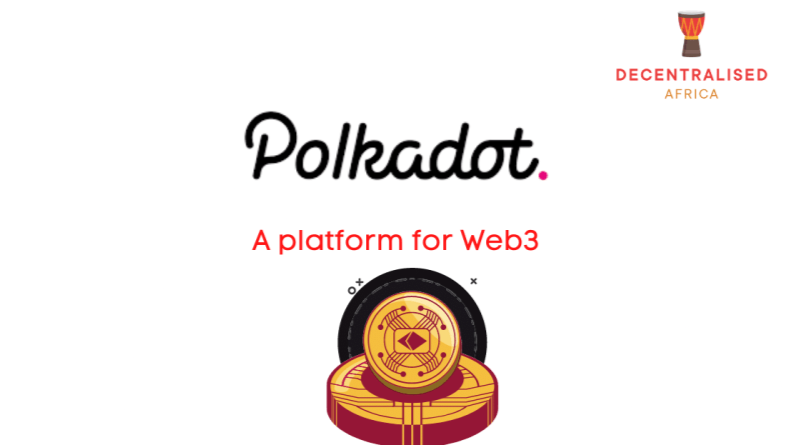 Understanding the Concept of Polkadot and DOT Token

The Polkadot protocol has ushered in a new dawn in the crypto & blockchain space, and now the world can look forward to the creation of new markets and decentralized economies.

Polkadot is a next-generation blockchain protocol with the primary purpose of enabling several specialized blockchains to operate as a single entity. Another grand plan is for the Polkadot platform to help individuals exercise total control over their use of the internet. A deeper look into Polkadot will reveal that its promises are similar to those of previous blockchain networks, however, the protocol comes with a better approach that easily makes it a huge advantage to any user.

DOT is the native token of the Polkadot platform. Every activity carried out on the platform is done with the token. The DOT token ensures that everything runs smoothly and without it, the key functions of Polkadot are impotent. The DOT token has been engineered to serve the ecosystem in various capacities, such as governance, staking, and bonding.

Concerning governance, anyone in possession of the Polkadot token automatically gets total control over the platform. DOT holders will come into a privilege that only miners on other protocols have enjoyed until now, such as supervising important events like the fixing and upgrade of the protocol.

In the area of staking, token holders are provided with incentives using game theory to behave as honest people. Those who put up stellar performances will be rewarded by this mechanism. Regrettably, those who fall short in this aspect are considered to be bad actors by the platform and will in effect, lose their stake. Polkadot uses this strategy to keep the network secure.

The business of bonding mainly concerns parachains. It ensures the addition of new parachains and this is achieved by bonding tokens. When parachains are no longer in demand or outdated, they are removed through bonded tokens.

DOT holders in the Polkadot ecosystem will be tasked with certain duties including:

DOT tokens are the properties of the Polkadot network. Designed only for Polkadot, it will help the platform to execute its basic functions correctly. DOT is designed to do three things and they are as follows:

DOT was created to be used by participants to navigate the platform with absolute control. From the administrative point of view, DOT allows users to set the network fees, when the addition of parachain should occur, Polkadot platform repairs and upgrades, auction dynamics, and more.

The next duty of DOT is to strengthen Polkadot through a consensus mechanism. The token is in charge of the platform’s effective operation and is, therefore, responsible for its high-quality functionality and the swift processing of valid transactions.

The first step to make this happen is for DOT holders to show interest in the platform by being active. Users will be required to surrender their token in what is known as staking or bonding so that malicious activities can be eradicated from the network.

The third duty of DOT is to create new parachains. For this to happen, DOT will undergo bonding. While the bonding process is underway, the token will be locked. When the bonding period ends and the parachain has been eliminated, DOT will be restored to the account that bonded them.

The fame of the Polkadot platform already has a northward trajectory and is showing no signs of stopping. The network is constantly improving and with this comes more benefits and efficiency which teams and individuals are grabbing with every passing second. The polkadot network is flexible and innovative; this can easily be inferred from the design.

As it stands, multiple specialized blockchains now coexist on the Polkadot platform, a milestone previous networks failed to achieve. Thanks to Polkadot, the full potential of blockchain technology can finally be realized, meaning that worldwide adoption is already at hand.