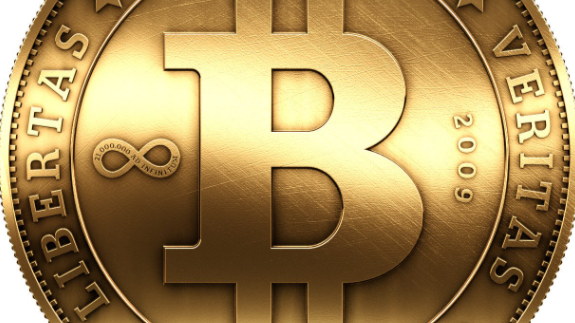 I am not a registered investment, legal, or tax adviser or a broker/dealer. All investment/financial opinions expressed here are from my research for educational and illustrative purposes only, and should not be taken as financial advice nor an offer to buy or sell any of the securities mentioned in this post.

Dramatic Run of Bitcoin At The Start of 2021

Bitcoin (BTC) has a dramatic bullish run in the year 2020 and hit a record high of USD 58,354.14 last week before contracting to USD 44,415.30 at the time of writing. The rise in bitcoin has no doubt attracted a lot of attention from the media with publicly traded institutions like Tesla (TSLA), MicroStrategy (MSTR) and Square (SQ) converted part of their balance sheet into Bitcoin. It is also reported that there are 6 million new crypto users purchasing cryptocurrencies on Robinhood in the first two months of 2021.

What Is So Special About Bitcoin ?

Bitcoin has this unique feature known as algorithmic scarcity, where the total supply of bitcoins only capped at 21 million while the difficulty for miners to mine a new block to receive bitcoin as a reward is increasingly becoming more difficult, all empowered by its proof-of-work consensus mechanism. If you are interested to know in detail how this proof-of-work mechanism works, I have previously written an article on that which you could read from Data Science of Binance Smart Chain (BSC) vs Ethereum (ETH). This feature has essentially made bitcoin behave more like gold, where there is a limited amount of supplies, but it is far better than gold as all transactions are transparently maintained in the public blockchain and it enables two different strangers who reside in two different geographies to transact seamlessly without hassle over their digital wallets.

What Causes the Meteoric Rise of Bitcoin ? 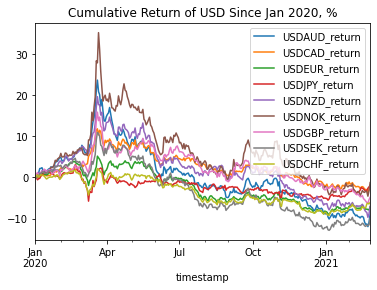 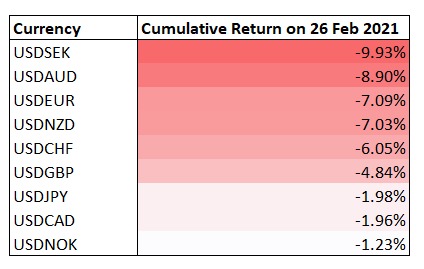 Based on the data that quantdoge has gathered and analyzed, various rounds of stimulus bills and quantitative easing have crushed the U.S. treasury and making the dollar a less valuable currency. As of 26 Feb 2021, the dollar is the least valuable as compared to other heavily traded G10 currencies. The greenback is expected to further devalue as the House has just passed and announced a USD 1.9 trillion stimulus bill. This is potentially a bull case for Bitcoin as risk-off assets like gold and Bitcoin have been found to spike as the dollar devalued as the data seems to suggest that Bitcoin is a risk-off asset. 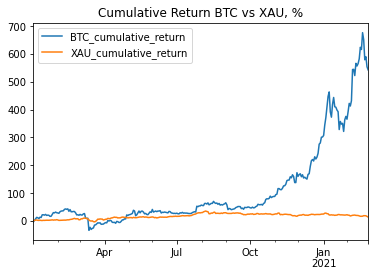 2. Wider Acknowledgement and Acceptance of Bitcoin As A Means of Payment

- Stone Ridge asset management firm has recently added bitcoin into their alternative investment portfolios
- BNY Mellon, the oldest bank in the U.S. would begin to start financing bitcoin and other digital currencies
- Paypal would allow users to start saving, hodling, and transacting in bitcoin and other accepted digital currencies
- Visa has announced that they would roll out their plan to include bitcoin in their network
- BlackRock as a trillion-dollar asset management firm has also shone a positive light on bitcoin, saying that they would explore bitcoin as a potential store of value

What Is The Risk ?

Bitcoin is currently at a sky-high valuation, it is very hard to tell whether the current contraction trend would continue to drive down bitcoin price or would there be a big upward reversal at the moment. As for me, I am practicing a dollar-cost averaging method where I divide my investment across various periodic purchases. 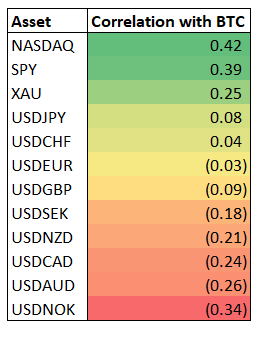 Historically, bitcoin has a strong correlation with the stock market, especially the NASDAQ index. Part of the reasons is because there are a certain amount of listed companies that have indirect exposure to bitcoin, e.g. semiconductor manufacturers who are supplying chips and GPU for the miners.
The release of stimulus bills and Fed dovish statements would help bitcoins, but there might also be scenarios where some early miners would take this golden opportunity to make profits by selling some of their bitcoin holdings, thus driving the price down temporarily.

Another key risk is bitcoin biggest holders, Satoshi Nakamoto, the creator of bitcoin who is the biggest holder of bitcoins and owns over 1.1 million BTC. It is hard to tell when Satoshi would sell off his or her holdings, and should there be a massive sell-off, it would have a great impact on BTC price.

As a trained data scientist and a newbie cryptocurrency investors, I created this blog as a means to approach DeFi and cryptocurrencies on the data science and technology perspective. This blog was created to present readers with interesting statistics and data analytics on the crypto space.