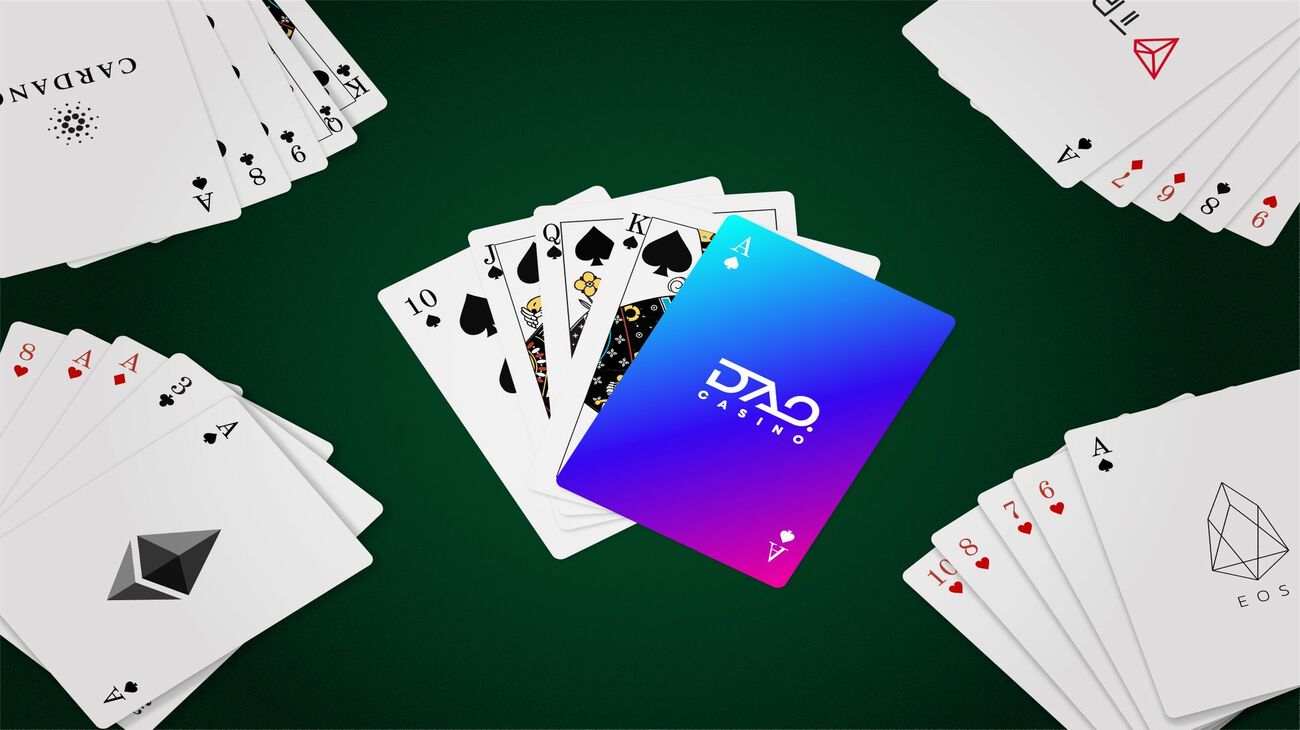 How DAOBet (ex — DAO.Casino) Blockchain is Different from Competitors

Perhaps it could be said that 2019 is the ‘Year of the Distributed Applications Platform’. With a myriad of projects vying to be the next tool for dApp developers, you’re probably wondering what sets DAOBet Blockchain apart.

At DAOBet, we pride ourselves on developing real-world solutions targeted at tackling real-life hurdles within the gambling industry. From performance issues to privacy problems, from provable randomness to user experience, the DAOBet Blockchain has been carefully designed and built as the all-in-one blockchain solution for decentralized gambling applications.

While competitors may have similar platform solutions for general dApp development, DAOBet’s specialist knowledge in the gambling industry equips us with the tools to provide a targeted solution with quicker timelines. As our competitors drag their heels, DAOBet Blockchain is already in the TestNet phase, and the ball is rolling quickly.

A Look at Our Competition

In case you’re wondering about how we measure up to our competitors, we broke down some of the pros and cons of various distributed applications platforms to show how DAOBet shine as the blockchain solution for Gambling 3.0.

The network’s upcoming major update, Ethereum 2.0, plans to address some of the current issues, including a switch to Proof-of-Stake consensus and WebAssembly for smart contracts. More relevantly, the new update will target Ethereum’s randomness issue using the so-called Beacon Chain. Using RANDAO, the Beacon Chain combines contributions (individual random numbers) provided by many participants into a single output number.

While this sounds promising, the details on real-life implementation are a little shaky, with discussion still ongoing. It seems there is a long period of organization needed before the actual transition even begins. Migrating the old Proof-of-Work Ethereum 1.0 to the new Proof-of-Stake Ethereum 2.0 will also be a lengthy process.

Cardano's Ouroboros PoS algorithm uses a randomized approach for the chain validator election process. Ouroboros is based on a “coin tossing algorithm” (a variant of commit-reveal) combined with a publicly verifiable secret sharing (PVSS) scheme to achieve its main goal — uniformness of the leader election process.

Although this is very important for the network’s consensus, the actual source of randomness is not based on the stringent constraints (verifiable, unpredictable, and unbiasable) needed for gambling business applications — especially for big bets. Another notable obstacle in Cardano’s current version is the distinct lack of smart contracts support — ruling Cardano out as at a platform for distributed gambling applications.

We choose EOS as a base for our own blockchain because of its performance characteristics. This blockchain is currently one of the best options for decentralised gaming and gambling, though it still lacks important properties, discussed in our previous article.

We believe strongly in these properties as the foundation to ensure outstanding user experience on the DAOBet blockchain for all players and industry participants seeking out decentralized, provably fair gambling.

Tron is another popular option for the blockchain gaming applications.  In general, Tron’s features are pretty similar to EOS, but the current version of the network does not support distributed random number generation. Instead of harnessing WebAssembly, Tron somehow has poorer performance and usage of the EVM fork (called TVM), making it a less favorable choice for app developers right now.

There are high hopes for Dfinity as a great alternative to EOS — but it isn’t finished yet.

It’s random beacon approach is based on the same BLS cryptographic scheme as DAOBet Blockchain. While Dfinity is aiming to become a fully distributed “Internet Computer”, its closed-source development nature makes it hard to predict when it will launch the MainNet — in fact, a TestNet is still to come. Theoretically, however, Dfinity is set to be a great platform for building multiple apps.

Solana has a unique consensus algorithm called Proof of History. Leveraging the Verifiable Delay Function — a mechanism designed in-house — Solana can be potentially used for random number generation. Currently in the stage of implementing their Smart Contracts engine, Solana is a unique project to watch.

A Final Word on Our Competitive Landscape...

Yes, there are a number of excellent blockchain projects competing to be the next distributed application platform. However, most of these projects have length timelines and a far from production-ready.

On the other hand, DAOBet Blockchain is already in the TestNet phase. Developed as part of the DAOBet Platform, our blockchain is well on its way to solving the real-world problems currently plaguing the gambling industry.

Combining vital features and outstanding performance characteristics, the DAOBet Blockchain addresses all the flaws of our current competitors, providing a robust solution for decentralized gambling applications platform, without the long wait times.