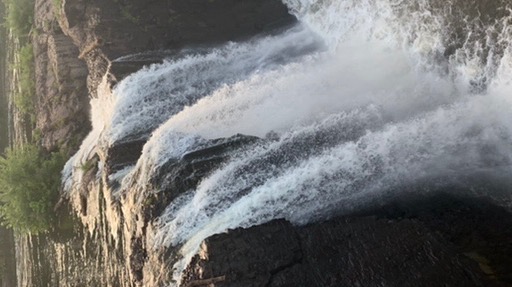 I could upload receipts of conversations between one of my good pals, casually going back and forth of what the future could look like when we’re 25+ years in the crypto revolution. (We are currently a mere 12 years old)

We mentioned and came to the conclusion that everything will be run on blockchain technology due to its security, among other capabilities. We both agreed every election from school district boards, to the presidential race will be conducted on a blockchain. Lo and behold, a few days later the United States Postal Service revealed they had filed a patent for blockchain voting in 2019. Coincidence I suppose, but nonetheless, groundbreaking moves towards mainstream adoption. We’ve been certain that we’ll see it on the biggest stage of them all by 2024, but with that news it led me to ask the question, will we see voting on the blockchain in 2020? Only time will tell. Regardless whenever they decide to roll out the new system, it’s a tremendous feat for the crypto market. Another green light to add to the list this year from USPS (whose whole business model revolves around tracking services).

Before I continue, I have to say by no means take this as any financial advice. Nothing is ever guaranteed, the only thing I’ll ever know for certain is change. Well, change and the supply cap of bitcoin.

Rome wasn’t built in a day, nor was it burned down in one. It takes brick by brick,  piece by piece. Remember, this market just turned 12 years old. To put that into perspective, the internet took 25 years before it was widely used!

I’ve been shouting this from the rooftops and been able to reach my family and certain friends here and there, but the majority are still sleeping. They hold dollars that, according to how I interpreted Fed Chairman Powell’s recent speech on monetary policy, will moderately decrease in value. This shouldn’t have shocked any true bitcoiner. We have seen this coming, and anticipate even higher inflation rates.

Every ten minutes, bitcoin becomes more and more scarce, only few will understand this at first. Just as no institution, company, or bank want to be the last one involved, you or those  closest to you shouldn’t be either! For crypto currencies in general, 2020 will go down as one of the most crucial times in history, where for better or worse they are still considered “speculative”.