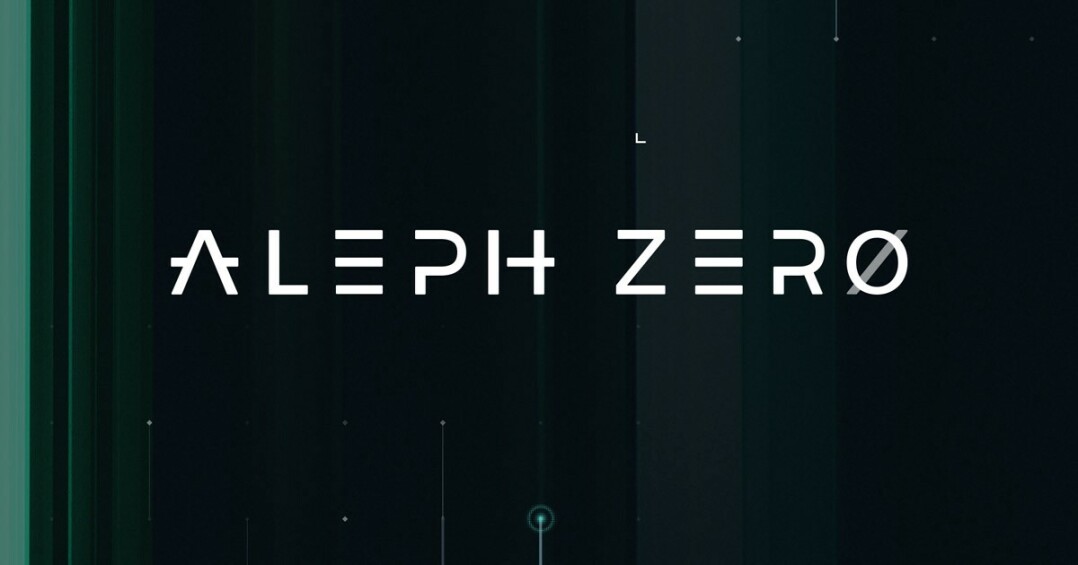 Do you wish that you got a Solana at $1?

Well this project I'm about to tell you about is aiming to solve the blockchain trilemma, and if it does so, it could potentially see the same kind of run-up that we saw from Solana. If not more!

If you're already let's get into it. So what is Aleph Zero ($AZERO)?

Well guys Aleph Zero is not actually a blockchain, it is a DAG.

A DAG is a directed acyclical graph, so what does that mean well I'll explain to you in a second but first I want to tell you about this blockchain trilemma Vitalik said that there's really no way to have all three of these things, which is, security speed and decentralization. One of those things must be sacrificed in order to be a true public open permissionless immutable blockchain, but a lot of scientists and architects and engineers have thought maybe there's a better way to do decentralization other than a blockchain, and a dag is a different way!

See guys, in a blockchain, you have to produce block by block, think of it just like a chain of blocks that's literally a blockchain, and all the data goes in one block and then that block is closed and time-stamped forever and then the next block comes and data goes into that so on and so forth but at a blockchain all transactions have to check the entire history of the blockchain to validate the transaction, this is a lot of time requirements and resources and resource-intensive whereas a DAG, actually looks more like a tree stemming out from the branches new trees and all a DAG does is check the transaction immediately before it to validate the transaction that you're trying to process making it not have to go back and check the entire history of something which makes it exponentially faster and exponentially more efficient.

So guys Aleph Zero is fast, i'm talking about a hundred thousand transactions per second fast. And to top it off they're talking about instant finality. that's right, that means, that you send a transaction it's done finalized confirmed, you can ship your goods, or you can buy your coffee or you can get your NFT.

Furthermore $AZERO is attempting to create an entire privacy-preserving blockchain where if you don't want your data shared you won't have to furthermore, they're allowing smart contracts that are written on other blockchains also to use electro's protocol to protect the privacy of those smart contracts as well

A lot of the really smart money is waking up to this kind of technology. It actually eliminates the private key from the crypto and instead of having to actually send my crypto to another wallet a multi-party computation blockchain will enable you to actually just swap ownership of an asset so it makes it instant and private which is what we all want in the world decentralization what's also really really interesting about.

$AZERO they've actually modified the substrate protocol substrate allows interoperability natively from the beginning and so they have essentially taken and substrate and modified it and built their own consensus mechanism on top of it which just means the way that everyone agrees that transactions happen but what this will allow it to do is be interoperable with other blockchains natively from day one! This is incredibly important!!

So you can build your application, or your game or your metaverse or your DeFi thing on top of $AZERO and it can natively communicate with all the different other chains. something like Solana doesn't do because it's isolated

all of this kind of power that's being assembled on this native layer it's allowing really cool things to happen like the decks that they're building for example it would allow you to swap Bitcoin for Ethereum and while that might not sound impressive to you, you can't do that on any other DEX today as far as I'm aware, on Metamask or Uniswap or Pancakeswap you cannot swap Bitcoin for any other currency really because it runs on different networks. But with the ALEPH ZERO DEX that they're building you can that's powerful stuff and i actually wish that could we could have that today another thing that has made me very very bullish on this whole thing when i decided to go full-on into this project was the team, i'm not going to go into the entire team right now on this article but i encourage you guys to go to the website here and look at the team! is absolutely huge and very very smart all PhDs are brilliant scientists and engineers.

This is what really made me buy it. As someone who invests in projects I'm always looking at the teams to see are they capable of pulling off this ambitious idea which they are proposing and in my opinion, this team is highly qualified and yes they can pull this off.

What does a realistic timeline look like well as you can see from the charts, it has been picking up a lot of traction and attention lately which means people are catching on but from a development and go to market perspective where are we well i was speaking to the team recently and they said that they're about six to eight weeks out from allowing smart contracts to actually be deployed and used on Aleph Zero so we're at least two months out before we start seeing the ecosystem starting to really really grow and with that being said, it's still gonna take a lot of effort to become let's say the size of Solana.

That might sound crazy to you, but i don't think it is at all, because this is sufficiently decentralized, instant finality, super high throughput and very very impressive in fact

You know, I have witnessed many many projects trying to build DAG protocols, a good example is Hathor which is also building a DAG with proof of work built-in which is a little complicated, but we don't need to get into that right now.

So where could it go here?

Let's get into some fun price speculation!\

If it went to the market cap of Solana, where it is right now would be about an 85x from here

The question that i would be asking myself is what is the marketing going to look like right that's what Solana did phenomenally well.

They spent i think about a quarter-million dollars a month on marketing and that's what is kind of required in order for something to really skyrocket to the top. For example, let's say that there's a 200 million dollar ecosystem grant fund that gets put out for , Aleph Zerowhere they're encouraging developers to give them grants to come build on Aleph Zero, this would help the ecosystem growth for sure.

So i'm going to leave you guys with this thought: what if the future of blockchain isn't really blockchain at all?  What if it's actually a DAG?

Well if that is true, which these guys are proposing that it is, this is gonna be the future ladies and gentlemen, and Aleph Zero might be the

ones bringing it to you!

In this industry, on-time news can make all the difference. we all know how time-sensitive news is.