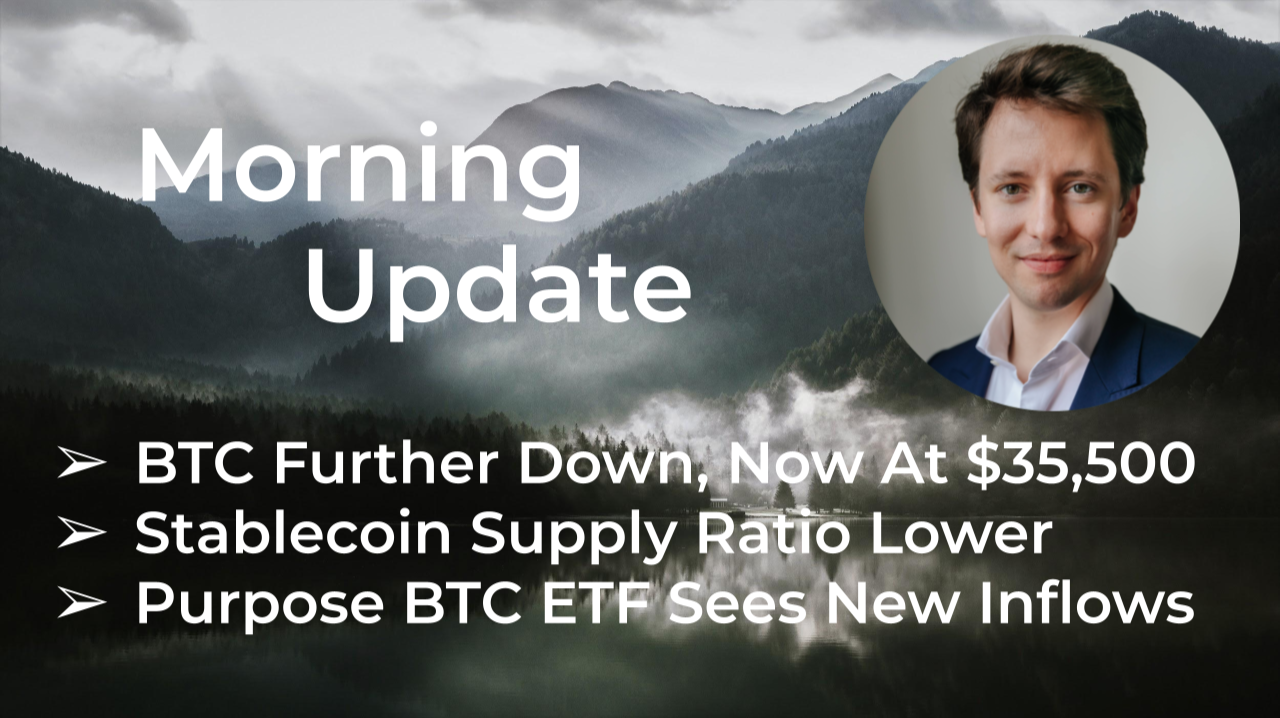 Last Friday finished on a risk-on tilt, with most equity indexes retreating at the end of the session but still closing higher. Bonds were bought, pushing the 10-year yield, while gold rose above $1,900. The dollar moves slightly up slightly down, but is still trending lower.

In the crypto space, somehow, it seems we’re also trending lower. Many people expected or hoped for a reversal after the sharp retracement seen in the past two -now three- weeks; that just hasn’t happened (yet?).

Last week, BTC attempted to break free from the 40K resistance but, on Friday, changed course and retested the mid 30K’s. Over Saturday and Sunday, we went even lower, as far as $33,000. We’re now hovering around $35,500.

It’s interesting to see the mining difficulty has effectively dropped by 16%, following the hashrate drop linked to China’s crackdown.

During the move down, as expected, alts underperformed and the BTC Dominance index rose back from 42 to 43.

ETH lost more than 15% from Friday’s open to this Sunday session’s close. LINK lost about 20% in the same period. ADA surprised some by losing even more on Friday and Saturday only to bounce sharply on Sunday. Interestingly, COMP and GRT followed a similar dynamic.

There are some news worth noting, like Goldman Sachs’ report I finally got around to read or US regulators continuing but I want to quickly touch on data provided by Glassnode.

On the bearish side, a measure of unrealised profit by long-term holders (as opposed to the space as a whole) is hitting levels which, previously, have been associated with long-term downturn. Personally, I see that as a potential fake signal, simply because I think a lot of the space hasn’t reached overheated levels like it did in previous bull runs. 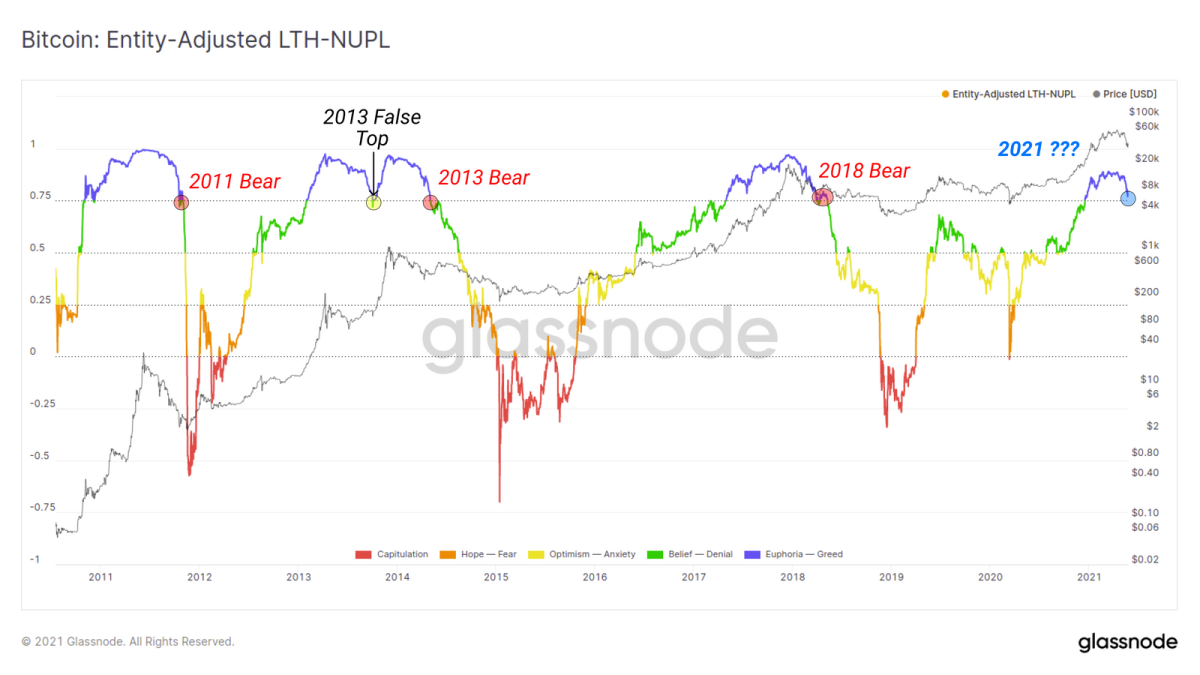 Also, two charts strengthen my view. One is the stablecoin supply ratio which continues to trend lower (and that’s positive, it means there’s a lot more stablecoin relative to BTC’s market cap and so potentially a lot of dry-powder). 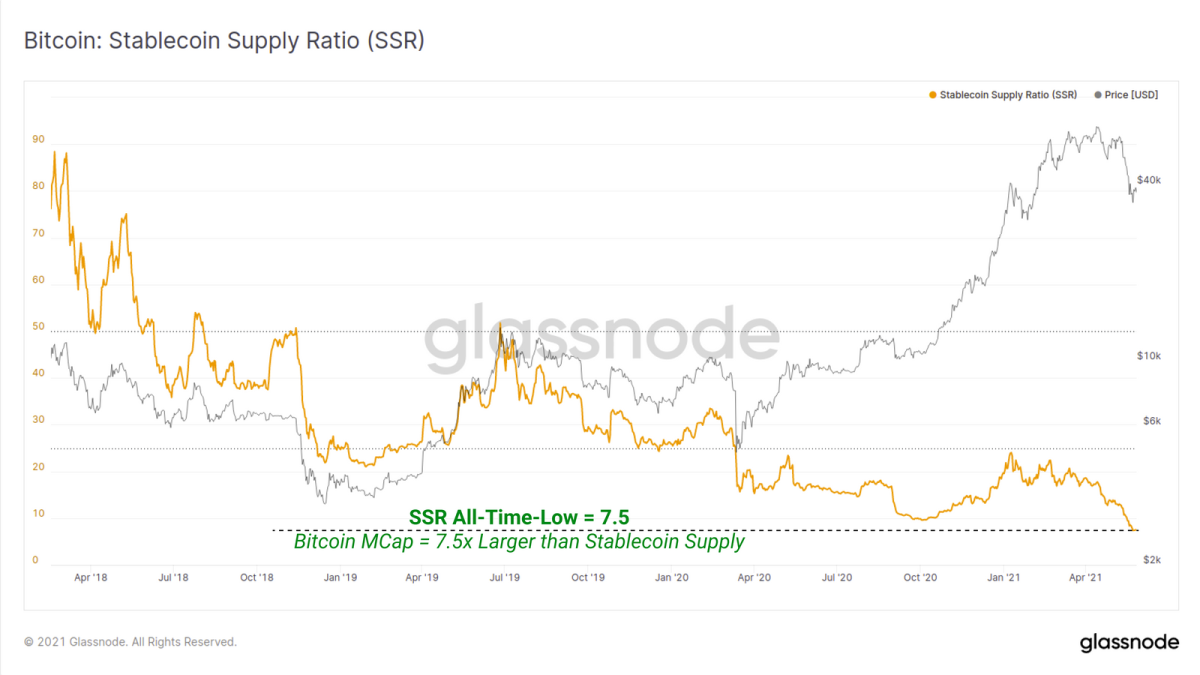 Second is inflows and outflows of the Purpose BTC ETF, suggesting that people took advantage of the lower prices to get in, no get out. 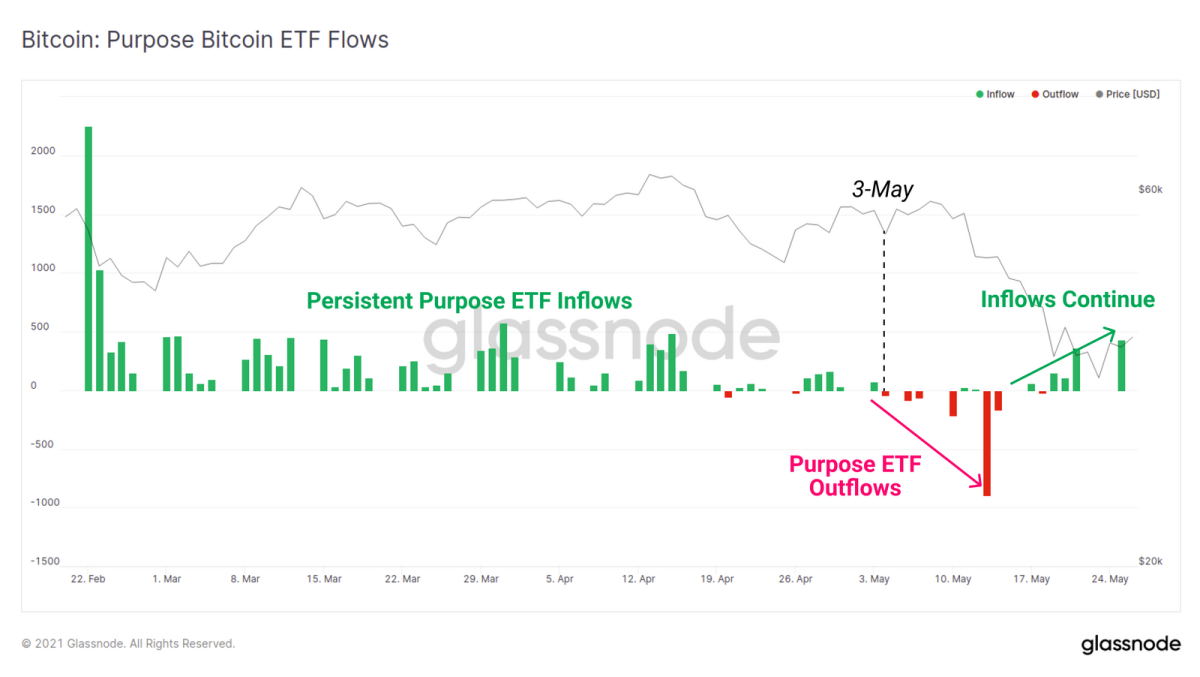