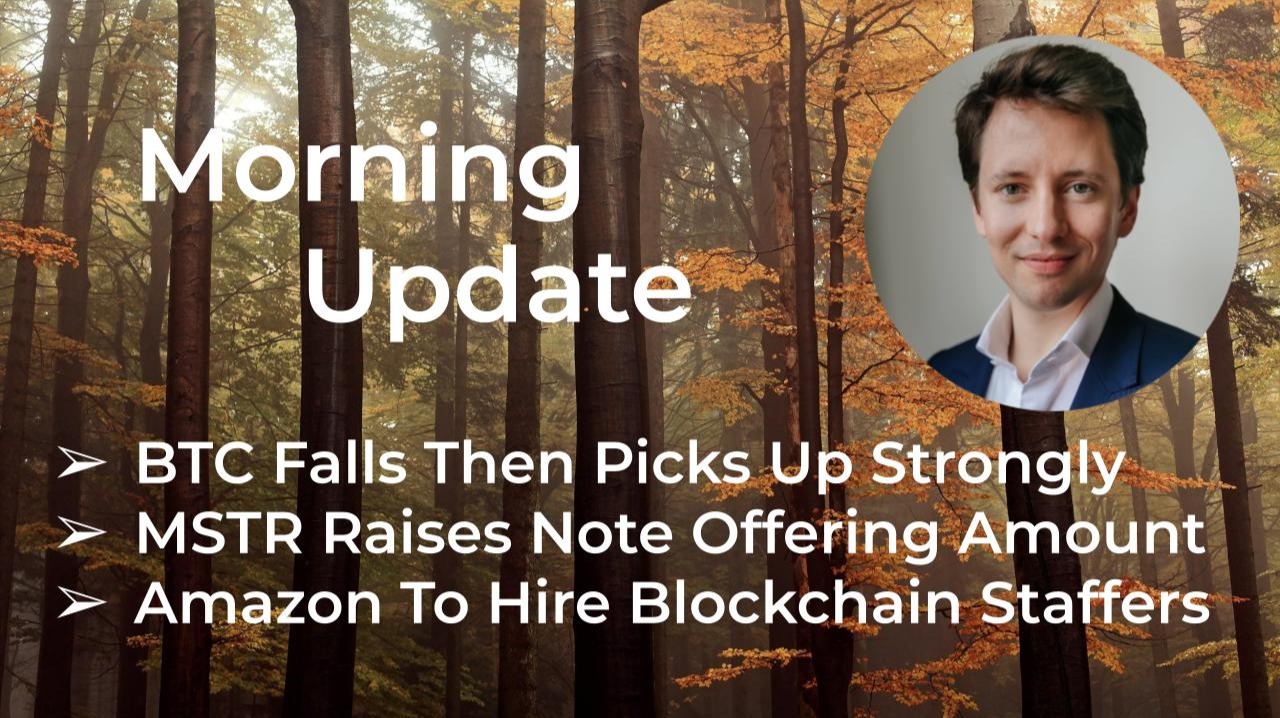 Investors across markets will notice a similar price action, yesterday, starting with a sell-off and then a pick-up. This creates a candlestick with a small body and a large lower wick, which is typically a bullish signal.

Ultimately, prices didn’t change much and closed near record levels for equity indexes and, in the case of gold, just a tad under the $1,900 mark.

In the crypto space, more violent but similar, prices crashed yesterday, only to then be bought en masse. So BTC actually is closing precisely where it opened, creating a very flat day, but the intraday moves were strong and took us more than 7% lower, at $31,000. It might not feel like it, but this type of action is bullish, it leveraged longs in the mid 30K’s got liquidated (pushing prices down) only to be met with a flurry of buyers pushing it back up.

Across alts, a similar dynamic took place although and, as one would expect, in a slightly more dramatic fashion. ETH fell 10% intraday only to walk back on losses and close 2.5% down, at $2,500.

Some other coins like ADA, GRT or COMP or DOT held up better and actually rose between 0% and 1%.

There are several pieces of news and data to take into account. For example, it seems that the activity on the Bitcoin blockchain has decreased quite a bit in the past few days. It’s also interesting to note that volumes on BTC have dropped. Conversely, the ETH activity and volume remains comparatively stronger.

The interest in BTC hasn’t really waned, though. MicroStrategy which initially offered $400 million in secured notes just raised the amount to $500 million as they received more than $1.5 billion in orders. An amount that astonished most people, myself included.

Away from purely bitcoin, it’s interesting to see Amazon looking to hire blockchain staffers with experience in DeFi. Around the same time we saw Spartan Group closing a $110 million raise for their DeFi-focused fund.

On the regulatory front, though, you can see officials gearing up to have a much more hands-on approach as the IRS urges congress to regulate crypto and get crypto data. We also see governments in different countries seriously studying the creation and issuance of CBDC. For the better and the worse.