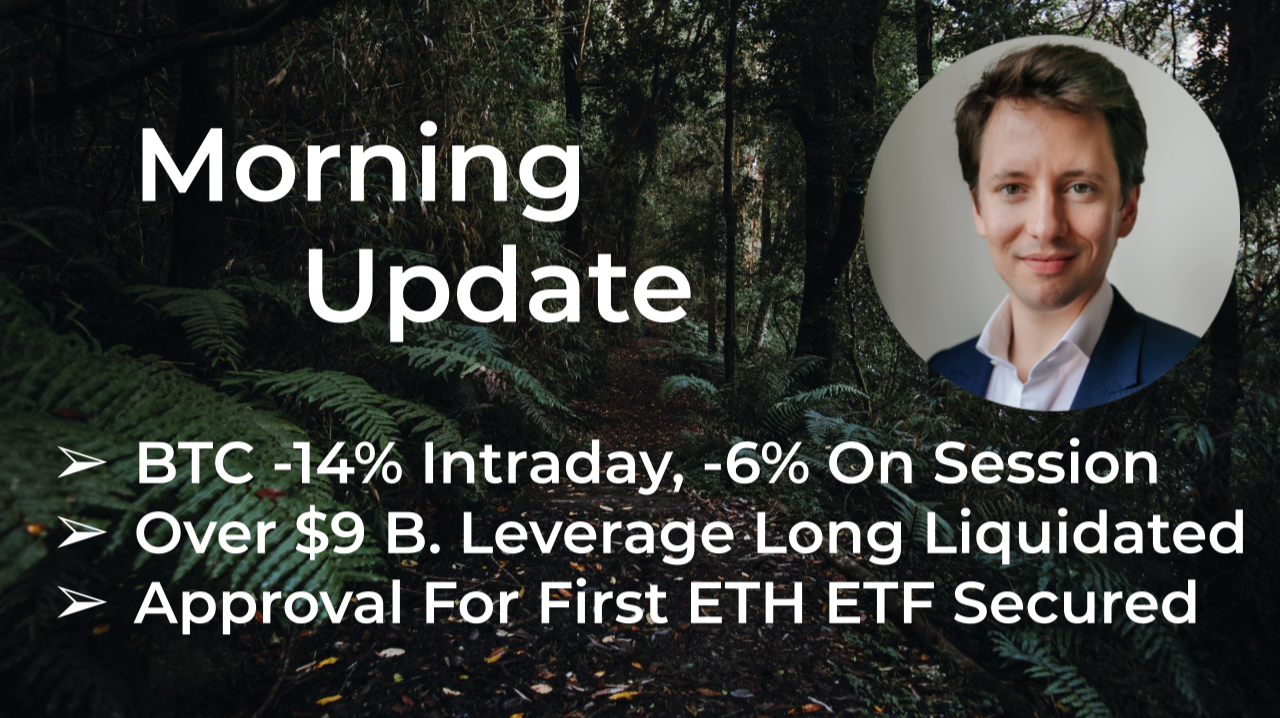 With strong earning and positive economic data, traditional markets finished last week on a strong risk-on tilt, with many indexes reaching or maintaining new highs. Overnight trading had futures declining, though, hinting at a potential drawdown. Gold is, interestingly, edging further up.

In the crypto space, a rather tumultuous weekend, especially on Sunday. On Friday and Saturday, BTC moved from 64K to 60K. On Sunday, though, the slump took us to intraday lows of $50,930, or over 14% down on the day;  we’ve since then retraced on some of those losses and the session is closing 6% down, currently at $56,200.

Yesterday, reports of the US treasury taking legal actions against some -undefined/unnamed- crypto companies on money laundering charges spooked investors. Add to that a high leverage ratio and you can see why a sharp move down would’ve triggered massive liquidations. In 24 hours, on Sunday, over $9 billion worth of long positions were liquidated.

While this is of course scary, it is also healthy. With exuberance and leverage comes sharp moves and deleveraging. The dynamic pushed the funding rates on most perps exchange in negative territory, something that hadn’t happened in months. 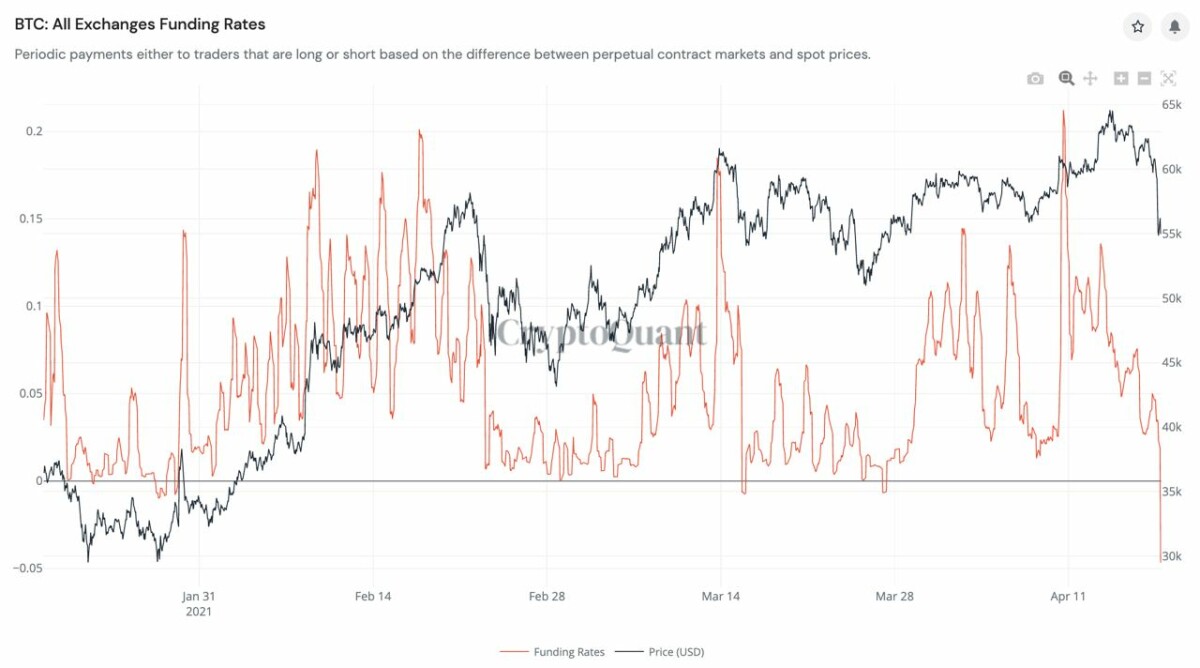 It was fascinating to see that during the crash, the BTC dominance instead of going back up (investors going to the safety of BTC) have instead gone into alts which have held up better.

ETH not only dropped less during the crash but moved back up to close the day less than 3% down. LINK fell over 20% intraday but then is closing the session just 1% down. Some specific coins, think MKR or SOL not only resisted but actually ended up… up. Others did underperform BTC, though, I’m looking at DOT, LTC, ADA, or AAVE.

Supportive of alts, in a world where almost all the ETF talks are about BTC, Canada’s Purpose Investments secured approval to launch the world’s first ETH ETF.

Last information nugget. I spotted a chart on Glassnode, the SOPR (spent output profit/loss ratio) which has gone all the way down. This is actually supportive if temporary and typically means only a solid base of investors/hodlers are left and are forming the base for what could be another leg up. 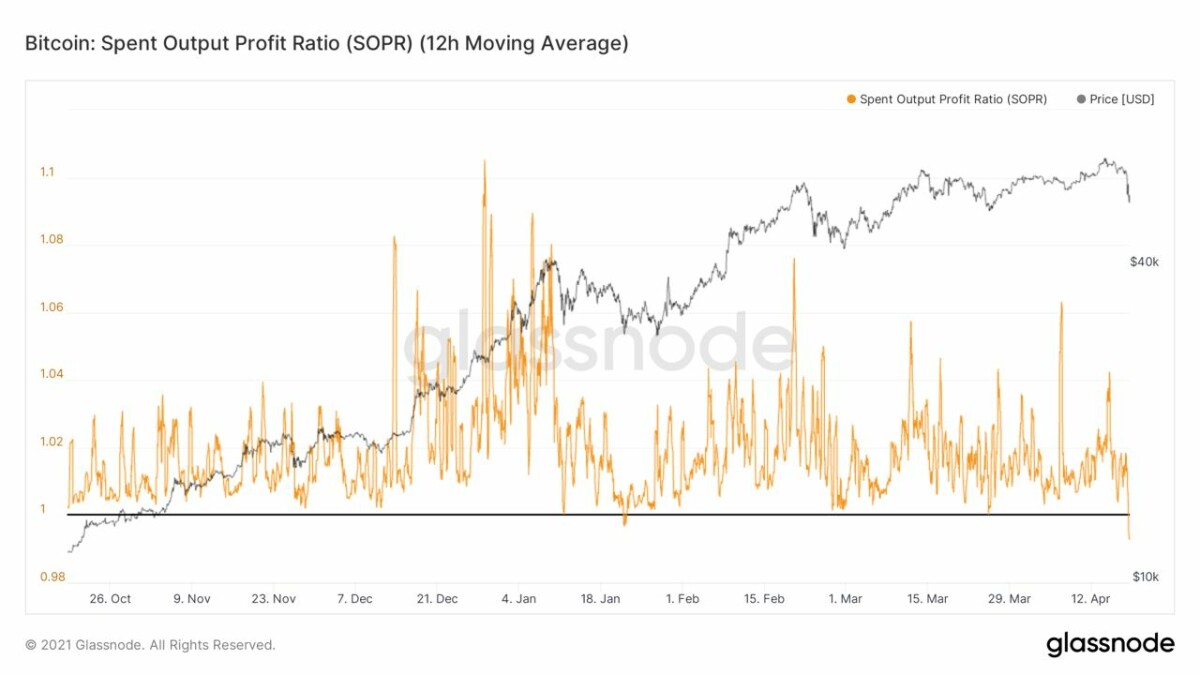