Flare up your earnings with Lend Flare — Overview
MyCryptoOutlook2022 BitYard Contest and Giveaway - $1,200 in ETH Prizes! >> JOIN FROM HERE << 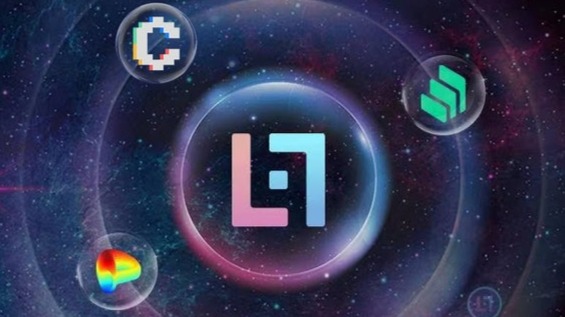 Flare up your earnings with Lend Flare — Overview

DeFi in no time has revolutionized the entire financial space with its wide array of products. From lending and borrowing protocols to platforms that enable passive income generation, the list is endless. New platforms that provide different services continue to emerge on a daily basis. But in general, people tend to opt for portals that consolidate services and make the task of growing their funds simple.

Based on the Ethereum blockchain, Lend Flare is a revolutionary lending platform consolidating not two but the services of three different protocols.

Lend Flare allows Curve investors to borrow against their LPs for a certain amount of time with a fixed borrow rate and no concerns for assets being liquidated due to price fluctuation.

The protocol utilizes Curve, Compound, and Convex to deliver a unique offering aimed at solving the following problems

In the following section of the article, we’re going to get into how Lend Flare solves the aforementioned problems and why individuals’ should opt for it.

Note- We shall cover each point from the perspective of borrowers as well as lenders.

Curve LP tokens are adopted by Lend Flare as collateral and deposited back into Curve via Convex to enable users to earn maximum profits from their LPs. Moreover, Lend Flare permits users to borrow only the same pegged token as their LP tokens to ensure a higher collateral ratio that protects against liquidation owing to price fluctuation.

The assets supplied will be deposited into Compound to earn interest even while they aren’t being lent out. In the event of borrowing, the liquidity from Compound is withdrawn, and owing to the high collateral ratio the lender receives a higher interest rate that is composed of the interest rate from Compound, Comp token, and LFT token. Moreover, the protocol aims to use unused loan liquidity to earn interest from other platforms in the future.

Collaterals on Lend Flare aren’t lent out but deposited in Convex and the risk of liquidation is eliminated. LP redemption is instant if loans are repaid in time by the borrowers.

Safety of assets being lent out is assured as Lend Flare permits borrowing of only the same pegged token with an over collateralized LP for a specified duration. Furthermore, the elimination of factory pools at the beginning ensures the steady value of LPs.

3. No commission or reinvestment charges

Lend Flare protocol doesn’t charge users any management fees for the investments it makes in Compound and Curve to maximize returns on users’ assets.

*The protocol generates revenue by extracting 10% of the extra yield generated as a result of the borrowers paying a higher borrow APY (than Compound).

It is no news that any and every debt position entails the risk of liquidation however, staking your Curve LP tokens on Lend Flare eliminates this risk as mentioned. However, there exists a liquidation mechanism within the protocol. Why is that? Although users are protected against liquidation this protection is essentially from liquidation as a result of price fluctuation. The system in place gets activated based on the time period of the loan.

From the Lend Flare docs

“To ensure that the liquidity provided by lenders is not tied up “indefinitely” and to reduce the risk of bad debt on the platform, Lend Flare sets a repayment period for borrowers of approximately 3 months, 6 months, and one year. “

If the loan is not repaid on the due date, the liquidation process commences with Lend Flare first liquidating the assets, followed by converting the LP that has been collateralized in Curve to the target asset. So, in the event of liquidation, you will be paid back in USDC and not LPs. The liquidation fee comes from the 0.1 ETH pledged by the borrower at the time of borrowing and by the Lend Flare team. Once the collateral is converted to the target asset, it is used to pay Lend Flare interest and principal. It will then be sent over to Compound in order to continue earning interest. Extra amount will be divided equally among the VeLFT holders and liquidity providers.

The interest generated during the borrowing period is given back to borrowers post liquidation. *Please note- if the loan is paid in time, there is no risk of liquidation.

LFT token (not yet launched)

This token will release when the protocol is launched on Ethereum Mainnet. LFT tokens shall serve as rewards to those who provide liquidity on the protocol. On staking LFT users shall receive VeLFT which is a voting token. The longer users lock their LFT, the more VeLFT tokens they receive. These tokens can be used to vote on important parameters of the protocol as well as to propose changes.

*VeLFT tokens are not transferable.

Lend Flare team will be dedicating the next two months towards setting up the Lend Flare DAO which will combine both Snapshot and Time lock contracts, as was brought out in the AMA. The shift to a DAO will indicate a shift in power from the team to its investing community.

If you want to know more about the project or wish to get involved, join their discord (linked here).

Meanwhile, let’s wait to see what all Lend Flare has in store and which other protocols it integrates with or builds upon.

Before I end, I would like to mention Lend Flare is running beta tests on Rinkeby testnet. Participation in the tesnet may be rewarded with LFT tokens. Freethinkers, Writers, Blockchain explorers in quest of their block in the chain metaverse