Which animal has the most species?

Two thirds of all the animals described and named according to the taxonomy (the scientific classification of species) are insects. About 40% of the known insects are beetles, which means that this order, an extremely complex grouping of families, represents almost a third of the total animal species classified, and a fifth of all living organisms.

The beetles are insects of very variable dimensions with the front wings, elytra, coriaceous that hide the posterior membranous ones. The term that identifies the taxonomic order, Coleoptera, derives from the Greek "with sheathed wings" (ptera = ala, coleos = sheath). In non-flightless beetles, the elytrons are medially welded to form a single protective shield. Large and mobile thorax and mouthpart generally masticator equipped with jaws. 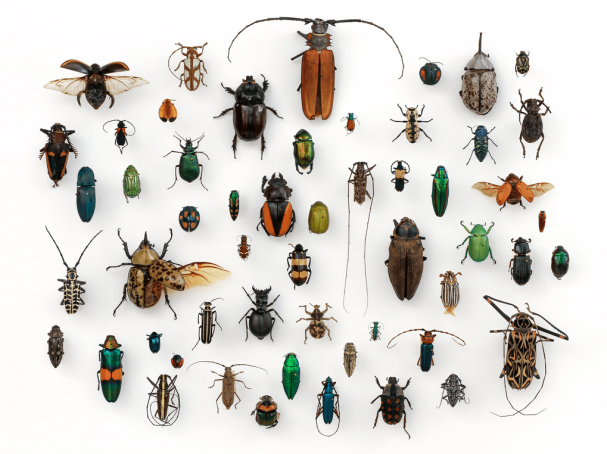 The beetles have colonized every type of environment, except for the polar regions, thanks to their body with hard and leathery elytrons that allow many species to live hidden under the stones or in the water, where in the space between the elytra and the body, air used as a reserve during diving is accumulated. The very thick body cuticle also avoids dehydration allowing the beetles to survive even in very dry areas. The most representative families include the carabi, the fireflies, the ladybugs, the beetles. They are phytophagous, coprophagous and predatory insects.